"I am thrilled to join the Florentine Opera Company as artistic advisor, and bring my passion for opera to Milwaukee." 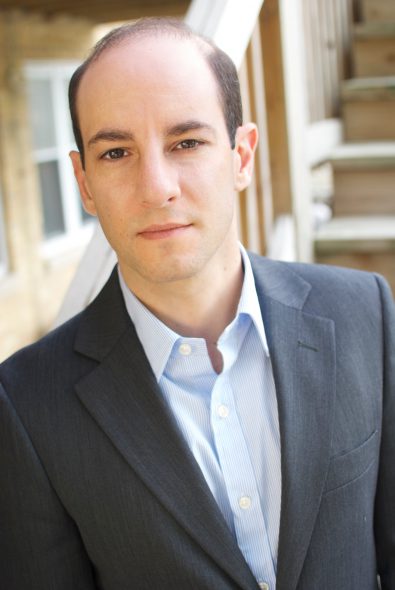 MILWAUKEE, Wis.—April 10, 2019—Francesco Milioto has been named the company’s Artistic Advisor. “In this role, Francesco will connect the Florentine with talent from around the world. His breadth of experience in cutting edge and established organizations, collaborative energy and proven track record impressed our board, and we welcome his input on casting, creative team selection, as a conductor and more,” Oplinger explains. Milioto will also help recruit and mentor exceptional young singers as part of the Donald and Donna Baumgartner Studio Artist Program. As part of his role here, we anticipate Francesco spending significant time in Milwaukee as it relates to his advisory responsibilities.

“I am thrilled to join the Florentine Opera Company as artistic advisor, and bring my passion for opera to Milwaukee. When an opera company of this stature and storied history asks you to be an integral part of its future, it is humbling. I look forward to working with Ms. Oplinger and the staff, to build on decades of success and artistic integrity. Milwaukee audiences should expect to see the highest caliber singers on the stage, supported by innovative and creative artistic teams. I am excited to share my experience and talent with Florentine, and to help shape the future of great opera in Milwaukee,” Francesco explains.

Appointing Francesco Milioto represents one of Maggey Oplinger’s first major initiatives. Oplinger took the helm of the Florentine Opera Company earlier this year, as the company’s new General Director & CEO. She is only the seventh General Director in the company’s 85-year history. “Much of what I am working on in my first few months is preparing the company for its next big milestones. Our focus is on excellence in everything we put on stage, and Francesco is going to be an exciting partner.”

A rising star among the younger generation of conductors, Francesco Milioto is forging a unique career as a versatile interpreter of the operatic repertoire. Earlier this season, Milioto made his Lyric Opera debut conducting an impressive performance of Cendrillon.  He also had a successful debut with Opera San Antonio conducting La traviata, which led to his immediate invitation to lead Tosca this fall. He joined the music staff of the Lyric Opera in 2013, brought into the organization by Sir Andrew Davis. This June, Mr. Milioto is also looking forward to his Miami Music Festival debut where he will be conducting a program of one-act operas by Nico Muhly and Osvaldo Golijov.

With Chicago Opera Theater, he has enjoyed six critically acclaimed productions. His work with the Chicago Symphony Orchestra at the Ravinia Festival began with Daniel Barenboim in a production of Le Nozze di Figaro and continued over ten years with James Conlon as an assistant conductor. In over a dozen operas and countless concerts, he worked alongside such artists as Jessye Norman, James Galway, Ana Maria Martinez, Frederica von Stade, Samuel Ramey, Patti Lupone, Patricia Racette, and Placido Domingo. During his nine-year tenure as Music Director of the Chicago Cultural Center Summer Opera, he conducted a wide variety of operas and helped open Millennium Park conducting Acis and Galatea to an audience of over 4,000.

Since 2015, Mr. Milioto has been on the music staff of the internationally renowned Santa Fe Opera, where this summer he will work on a production of Jenufa. He has also worked with Los Angeles Opera, The Dallas Opera, Opera Santa Barbara, Opera Southwest, Opera on the James, and the Illinois Philharmonic Orchestra.