Berceau noted that no one is asking for more secret, unlimited corporate money in elections.

Berceau noted that no one is asking for more secret, unlimited corporate money in elections. “People are sick and tired of being bombarded by misleading and negative TV ads, robo calls, and mailings before elections.  We can’t legally restrict those ads, but we can make sure voters know who is paying for them and trying to influence our elections.”

Berceau’s bill is markedly different from the Republican-backed campaign finance “deform” measure the Assembly will vote on next Monday.  That legislation legalizes unchecked spending by wealthy individuals and companies with no disclosure requirements whatsoever.  It also allows candidates and their campaigns to co-ordinate with outside groups to an extent never before seen in Wisconsin.

“A tsunami of secret money from within and outside of Wisconsin can flood our elections to influence our votes,” warned Jay Heck, executive director of Common Cause in Wisconsin.

Former Representative Penny Bernard Schaber emphasized the Democrats’ alternative bill reflected what voters truly want.  “It makes it easier to follow ALL the money in campaigns and it makes sure the people’s right to know who pays for what is protected,” she stated.

Matt Rothschild, executive director of the Wisconsin Democracy Campaign, noted, “We have the right to know who is trying to buy our elections.  We have a right to know which politicians are in which pockets.  Otherwise we are mere spectators in the electoral arena.” 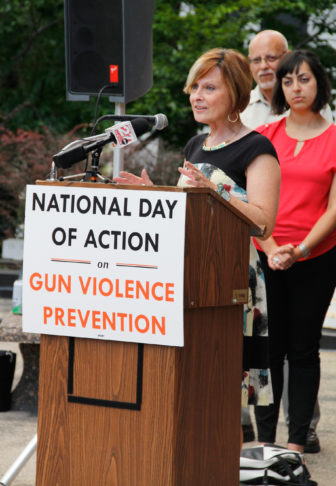 Most School Shooters Get Their Guns at Home