The public should be aware that Macon’s $9 million proposal would have a huge impact on the community.

MILWAUKEE – As the Milwaukee County Transit System and the Amalgamated Transit Union Local 998 (ATU) go back to the bargaining table on Thursday, July 30, new information shows the devastating impact ATU’s contract demands could have on the community.

ATU leadership called for a strike nearly a month ago. Since then, ATU President James Macon has been busy holding a rally with a giant inflatable camel, calling a last minute, 3 am press conference, using vulgar language in news interviews and insisting they will go on strike again.

Macon is hoping his antics distract the public and media from the true cost of his contract demands. Macon is demanding $9 million more than what MCTS can afford.

MCTS has put $6.3 million in increased wages and benefits on the table in the next two budget years. MCTS has agreed to cap the number of part-time drivers and is seeking pension changes that will make the transit pension plan stronger, and healthcare changes that help to control costs and keep monthly premiums affordable.

Macon has repeatedly said he will “shut the city down” if he doesn’t get what he wants.

The public should be aware that Macon’s $9 million proposal would have a huge impact on the community, including the possible elimination of routes and the loss of thousands of rides a day. 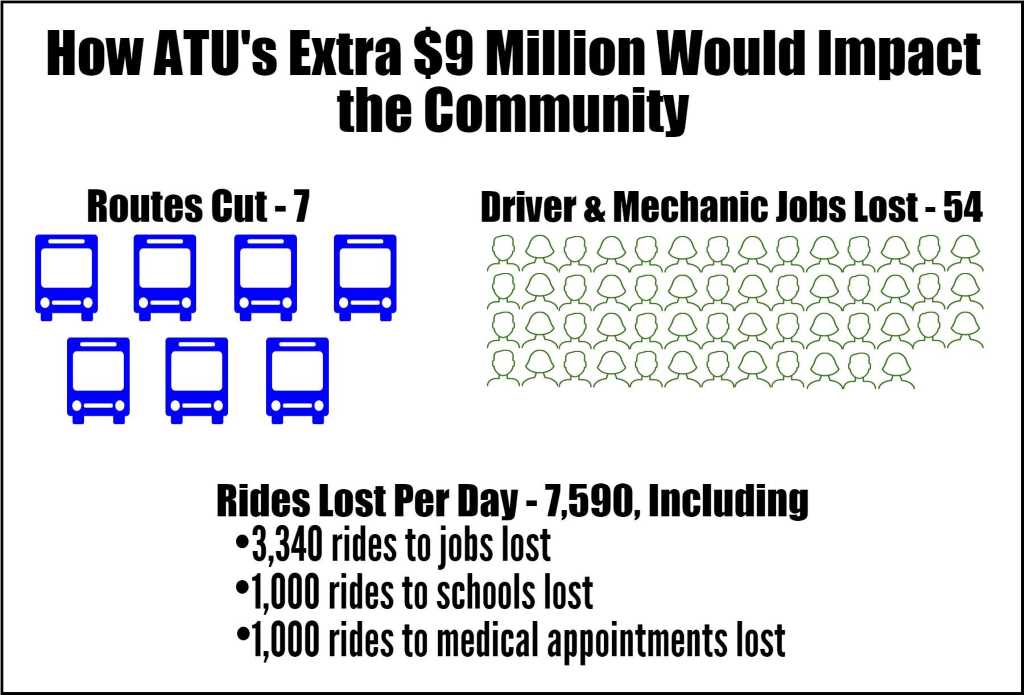 Other facts people should be aware of: