“Uncovered” Series Will Continue Through Partnership with The Pabst Theater Group 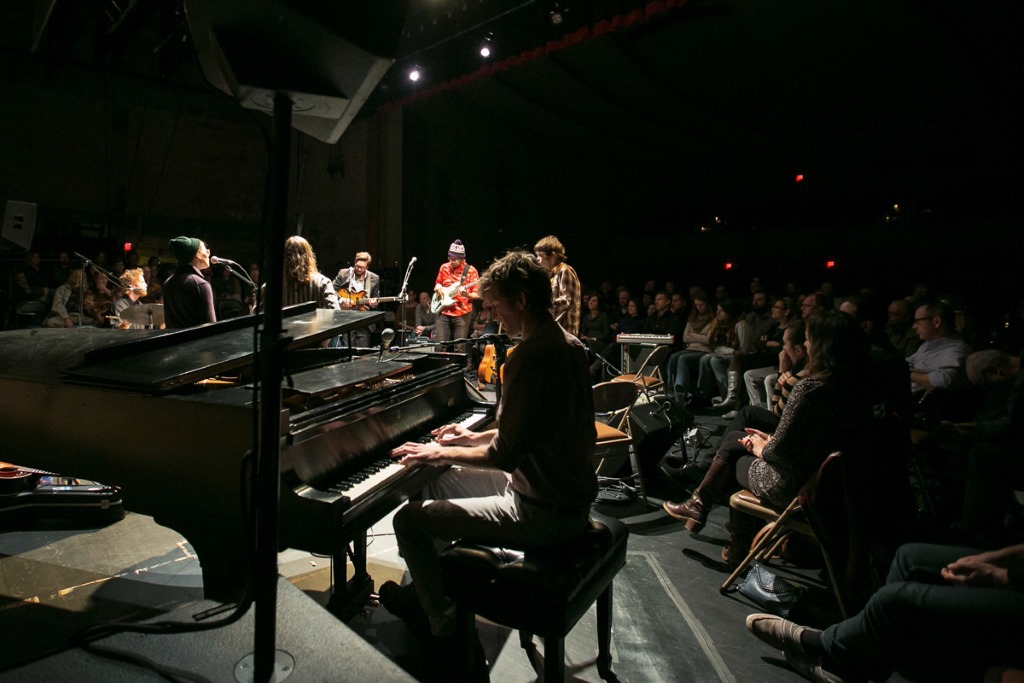 Milwaukee (January 13, 2015) – Alverno Presents, the performing arts series of Alverno College and Milwaukee’s longest-running fine arts series, will close at the end of the 2015-2016 season. For 56 years, the college has sponsored the innovative, critically-acclaimed program, but must now strategically direct the college’s resources toward increasing student financial aid, programming and services.

“Alverno College passionately believes that a vibrant performing arts culture is vital to our community and to student life. Throughout our history, the arts have been and will continue to be an integral part of our mission,” said Mary J. Meehan, Ph.D., president of Alverno College. “We are saddened by the loss of Alverno Presents but incredibly proud of all that David and his team have accomplished.”

The decision to close the curtain on Alverno Presents did not come lightly. The program has carved out a niche for itself bringing contemporary dance, world music, jazz and avant garde performances to the Pitman Theatre stage, as well as crowd favorites including Judy Collins, Sweet Honey in the Rock and Barbara Cook. Other performances featured up-and-coming artists like Rodrigo y Gabriela, Andrew Bird, Nick Sanborn (Sylvan Esso) and Christopher Porterfield (Field Report). Under the leadership of David Ravel, artistic director for the last 13 years, Alverno Presents has cultivated a loyal audience and garnered both local and national acclaim. His vision brought world-class performances to Milwaukee audiences, and introduced many to cutting-edge dance performances, conceptual pieces and performance art not seen on other Milwaukee stages.

Among his many successes, Ravel is responsible for bringing Global Union to town. The one-day world music festival, which takes place in September at Humboldt Park, features artists from every corner of the globe and is free to attend.

Some of Alverno Presents’ other productions will live on through a partnership with the Pabst Theater Group, including the thoughtfully curated “Uncovered” series, where artists explore and reimagine the music of an important American composer. Ravel will continue to serve as Artistic Director and curator of these performances. “The Pabst is really proud to continue the great work of Alverno Presents,” said Gary Witt, CEO of the Pabst Theater Group. “We feel that the work that David and Alverno Presents have done has contributed greatly to our city and we are pleased now to nurture its ability to continue. The community will continue to enjoy Milwaukee artists’ interpretations of the ‘Uncovered’ series and, after a one-year hiatus, we will review the possible return of Global Union in 2017.”  The Pitman Theatre, built in 1953, will continue to be available to local artists for rehearsals and performances as it has been in the past.

In 1960, Sister Laura Lampe, SSSF, founded Alverno’s Society of Fine Arts (SOFA), the precursor to Alverno Presents. Lampe, who taught in Alverno’s music department, used her knowledge and contacts within the fine arts community to contract world renowned performers for the Alverno theater stage. Her vision to bring quality fine arts programming to a smaller Milwaukee venue has lived on for nearly 60 years. Some of the artists Lampe brought to Alverno include Merce Cunningham, Robin McCabe, Jose Limon, Joshua Bell, Odetta, and the Preservation Hall Jazz Band.

Other performers who graced the Pitman Theatre stage over the years include Joan Baez, McCoy Tyner, Wynton Marsalis, Stephen Petronio and Trisha Brown.

Alverno College, a four-year independent, Catholic, liberal arts college for women, exists to promote the personal and professional development of its students. The college has earned accolades and respect internationally for its highly effective ability-based, assessment-as-learning approach to education, and has consulted with three U.S. presidential administrations on accountability and outcomes in higher education. For the last six years, Alverno College was ranked one of the top five schools in the Midwest doing “the best job of educating undergrads” by U.S. News & World Report. Educators from throughout the world visit Alverno to learn about its proven, student-centered teaching methods.

Alverno offers more than 60 major areas of study, including graduate programs in education, nursing, community psychology and business that are open to women and men. For more information about Alverno, visit www.alverno.edu or call 414-382-6100.

“Uncovered” Series Will Continue Through Partnership with The Pabst Theater Group

JONES UNCOVERED: A Reinterpretation of the music of Quincy Jones