Walsh currently serves as an associate attorney with the law firm of Jones Day in Washington, D.C. in the Issues and Appeals section. 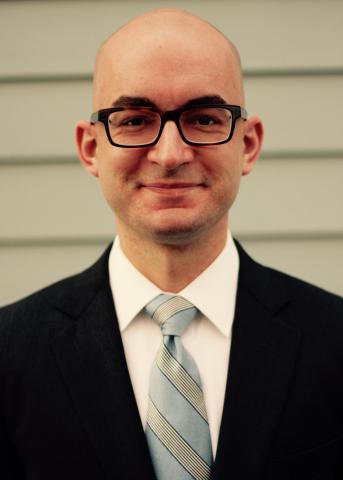 Ryan J. Walsh. Photo from the State of Wisconsin.

Walsh currently serves as an associate attorney with the law firm of Jones Day in Washington, D.C. in the Issues and Appeals section. Before joining Jones Day in 2014, he served as law clerk to United States Supreme Court Associate Justice Antonin Scalia in the October 2013 term.

Walsh, a Wisconsin native, grew up in Danbury and attended school in the Webster School District.  He graduated with High Honors from the University of Chicago Law School in 2012 where he served as Editor-in-Chief of the University of Chicago Law Review. While attending the University of Chicago, Walsh was awarded the Lynde & Harry Bradley Student Fellowship and named as a Kirkland & Ellis Scholar.  As a law student, Walsh also was awarded a John Marshall Fellowship from the Center for Constitutional Jurisprudence at The Claremont Institute in California in May 2012. He holds a B.A. from Hillsdale College in Hillsdale, Mich., where he was elected senior class president.

“Ryan boasts an elite resume including serving as a former clerk for U.S. Supreme Court Justice Antonin Scalia. I am honored to have two former clerks to United States Supreme Court Justices on my team here at the Wisconsin DOJ, and particularly pleased that Ryan is returning to Wisconsin to defend the rule of law,” Attorney General Schimel said. “I am extremely proud of the efforts of our Solicitor General’s office under the leadership of Solicitor General Misha Tseytlin and I look forward to the team’s continued work on high-profile litigation impacting our state’s citizens. Our Solicitor General’s team is protecting Wisconsin citizens and defending their livelihoods and I am excited to be adding Ryan to this critical DOJ division.”

Attorney General Sessions discussed the need to strengthen the nation’s southern border and create a culture that does not encourage drug use of any kind.

"There is no higher charge I have as Attorney General than to lock up sexual predators and to empower our local law enforcement to do the same."