Hayley Keith  was born and raised in a tiny town in central New Jersey called Mendham. She has a younger brother, and aside from the stereotype, they get along really well. Keith came to Marquette University in the fall of 2012 where she was recruited to play lacrosse. Keith ended up quitting the team after her freshman year for various reasons mostly relating to time issues and injuries. Keith started off her college career as a digital media major but switched to a journalism major with a double minor in peace studies and digital media. She is currently a rising senior and hopes to be a travel and/or human interests writer after graduation.

As for Keith’s other interests she loves to travel. Keith recently returned from Semester At Sea, a study abroad program that entails sailing around the world on a ship. She has lived in the Amazon Rainforest in Peru to help build chicken coups as well as volunteer in an orphanage in Tanzania. She previously interned with the New Jersey Hills Media Group and worked on a variety of pieces. Keith is also involved with the Marquette Tribune Newspaper and Marquette Television. A few of her other passions include writing, reading, hiking and coffee. 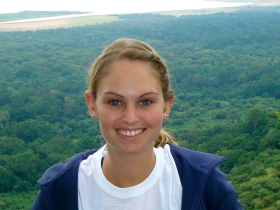