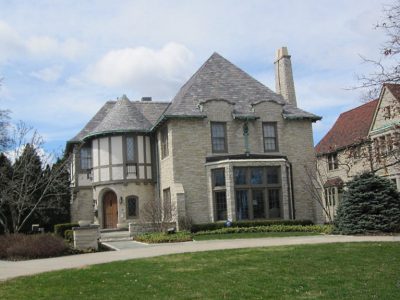 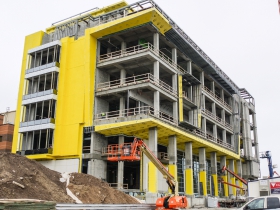 Although months ago UWM entered into an agreement to purchase a portion of the Milwaukee County Grounds for the purpose of expansion, the deadline for public input into UWM's Master Plan past just this week. Regardless if this input will be considered going forward or not, it's worth looking to see what the UWM community thinks about the expansion plans.

“The City is a Big Draw” – UWM Chancellor Santiago

During a recent episode of the Chancellor's Report UWM Chancellor Santiago was explaining UWM's recent growth, and stated that "the city is a big draw."

Oops! No Money for UW-Tosa

To think, I was just about to put the UW-Tosa t-shirts up on the new Urban Milwaukee store, maybe I can hold off now? Apparently, UWM's backing out of the fight to locate the School of Freshwater Sciences on the former Pieces of Eight restaurant site ruffled some feathers, and Michael Cudahy decided to return the favor by backing out of funding UWM's proposed Wauwatosa location for the Engineering School.

Kitty Corner, Across the Freeway

This is how County Executive Scott Walker described just how close UW-Milwaukee's new Engineering School could be from the Milwaukee County Research Park.

Richard Longworth to speak at UWM

My Kinda Town Originally uploaded by Stuck in Customs Announcing a special guest lecture coming to UWM that is worthy to attend for anyone interested in economic development. The UWM Department of Urban Planning is pleased to announce details regarding its 2008 Charles Causier Memorial Lecture. Mr. Richard C. Longworth will present a lecture at UWM entitled “A Punch to the Middle: Globalization and the American Midwest,” on Friday, April 4th from 7:30 – 8:30 pm. Richard C. Longworth, selected to be the 2008 Charles Causier Memorial Lecturer, is a senior fellow at the Chicago Council on Global Affairs and former senior correspondent at the Chicago Tribune. He is the author of “Caught in the Middle: America’s Heartland in the Age of Globalism,” a book that describes this transformation and suggests ways in which the Midwest can fight back. Critics have given high reviews to his take on our situation and his ideas about the way forward. Carlos Santiago, UWM Chancellor, notes “Longworth’s book and The Chicago Council on Global Affairs are raising significant issues that will have a major influence on our future. I look forward to the contributions that those associated with our university will make to this effort.” Mr. Longworth’s upcoming lecture at UWM will focus on how globalization is transforming the American Midwest, and how the Milwaukee region is addressing the challenge. New global forces are turning both heavy industry and farming upside down, undermining old factory towns and rural areas, destroying old jobs and bringing in new immigrants, putting new demands on education, on government, and on Midwesterners themselves. All this is happening with lightning speed, in a region that prizes stability. Mr. Longworth will address how the region is currently coping with globalization and provide insight into how the Midwest can adapt and prosper. The event is free and open to the public. April 4th, 2008 7:30 – 8:30 pm (reception and book signing to follow lecture) UWM School of Architecture and Urban Planning (SARUP) – Room 170 2131 E. Hartford Avenue, Milwaukee, WI, 53201 I’ll be there, and hope to see you!