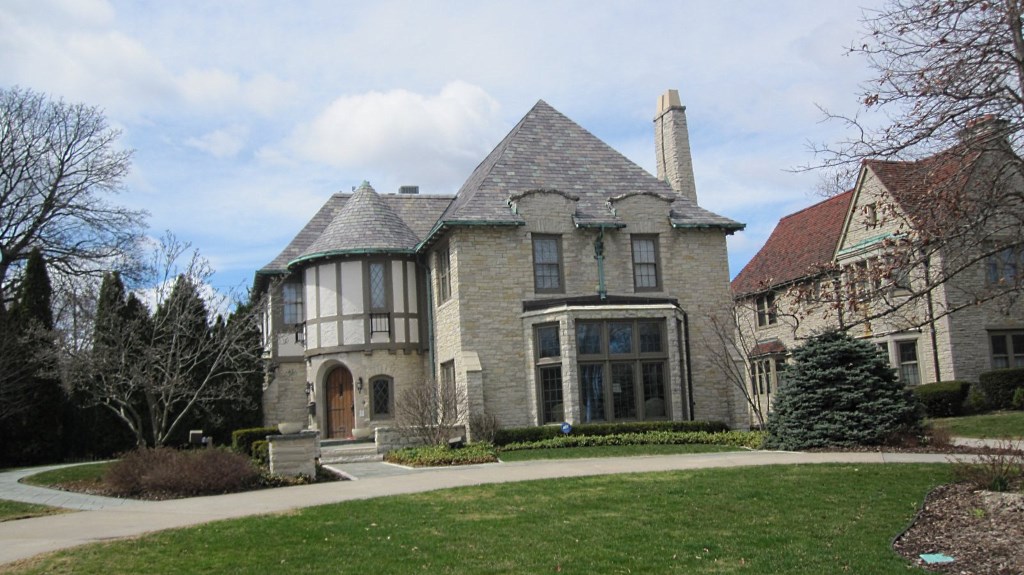 The Board of Regents of the University of Wisconsin System bought this 1926 Charles W. Valentine-designed French Provincial mansion for $645,000 on December 31st, 2012. Since then it has served as the official residence of the UW-Milwaukee Chancellor, obliged by contract to live within the Lannon stone walls encompassing 4,818 square feet of finished living area.

A Shorewood home had served as the chancellor’s residence since 1962. But in 2006 then-Chancellor Carlos Santiago moved to a downtown condo he paid for himself, since the residence had fallen into disrepair, and could not accommodate the social functions by then deemed essential for university chancellors to engage upon their significant fundraising responsibilities. Santiago also felt it a better location for soliciting the support of Milwaukee business leaders.

Besides that, it would have cost $300,000 to make the home ADA compliant. The bluff was eroding, as well. So the university sold its once-toney frat house for PhDs after 44 years. Today the formerly exempt property is in private hands, generating over $34,000 per year in Shorewood property taxes.

Neighborhood of the Well-Heeled

The Board of Regents, acting through the agency of the UWM Real Estate Foundation, aided by funds held in trust from the sale of the old chancellor’s residence, found a suitable replacement ten blocks south in the City of Milwaukee and near the Shorewood border, though on the west side of N. Lake Drive. The Regents bought it on December 31st 2012 for $645,000, and the property, which had generated $27,618 that year in Milwaukee property taxes, was removed from the rolls, joining the class of exempt residences.

According to an article by Karen Herzog in the Milwaukee Journal Sentinel on October 8th 2012, “the nearly $1 million purchase a stone’s throw from campus is a business investment at a time of reduced state funding, with chancellors across the state increasingly being called to entertain potential business and research partners, and woo private donors.”

“This is no territory for introverts,” then-UW System President Kevin Reilly told the newspaper, making clear the daunting social expectations for the chancellor of the state system’s second-largest university.

This home, with its six bedrooms, 3.5 baths, living room, dining room, “Florida Room,” “other room” and other rooms (including sun room and first-floor library space), all with wondrously wrought details, was constructed to demonstrate that the shoe-making magnate Weyenberg was well-heeled in more ways than one.

Since its original construction, the home has been renovated and now includes a gas fireplace, a whirlpool and a media room along with a wine cellar and a bar — all in the basement of the structure. A specific provision of the regulations of the University, thank heavens, permits alcohol to be served in the Chancellor’s Residence. (See “Guidelines and Procedures Relating to Alcoholic Beverages at the University of Wisconsin-Milwaukee.“) And the home includes a backyard large enough for entertaining in warmer months.

Mrs. S. A. Weyenberg would quiver in her high-buttoned boots at the thought of granite counters, when soapstone would serve perfectly well, and be far more economical. But then, women of her station and generation seldom ventured into the kitchen.

Today, we have seen a revolution where even men use kitchens in Lake Drive mansions — even university chancellors with hefty entertainment responsibilities. Dr. Mark Mone, since 2015 the chancellor and resident of this home, had been a business instructor at UWM beginning in 1989, following an earlier teaching post in his native Washington and a 10-year career in the hospitality industry. He is the father of two, and the husband of Dr. Sara Swanson, a neuropsychologist, or as Mone puts it, “the brains of the family.”

Mone, his biography notes, is also “a gourmet chef,” which should be handy when it comes time to woo the big donors. Regrettably, his wooing will have to be stepped up to include fundraising to repair damage caused by the multi-million dollar fire at the UWM Peck School of the Arts over the weekend.

Fun Fact: The former Chancellor’s Residence at 4430 N. Lake Drive, in Shorewood was an Eschweiler mansion designed in for James M. Walsh, the inventor of the first horse harness without buckles. (Patent #1482668, 1920) That this equine innovation took until well into the 20th century to be devised, and that it could make a man wealthy enough to afford a $49,516 home in 1927 — the year when Henry Ford witnessed the 15 millionth Model T rolling off the assembly line — stands as a testament to the mysteries of the capitalist system. 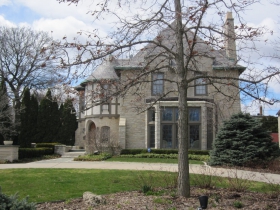 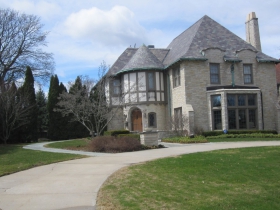 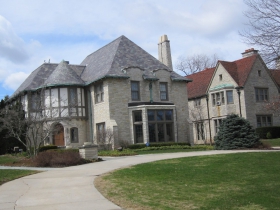 How Milwaukee Is It? The residence is five miles northeast of Milwaukee City Hall