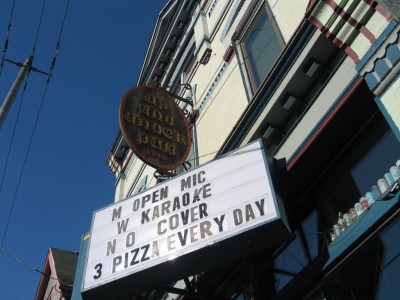 History of the Up and Under

It dates back a century, was a Polish bar, "soft drink parlor" and a house of blues.