By Rich Kremer, Wisconsin Public Radio - Jan 4th, 2023 10:45 am
Get a daily rundown of the top stories on Urban Milwaukee 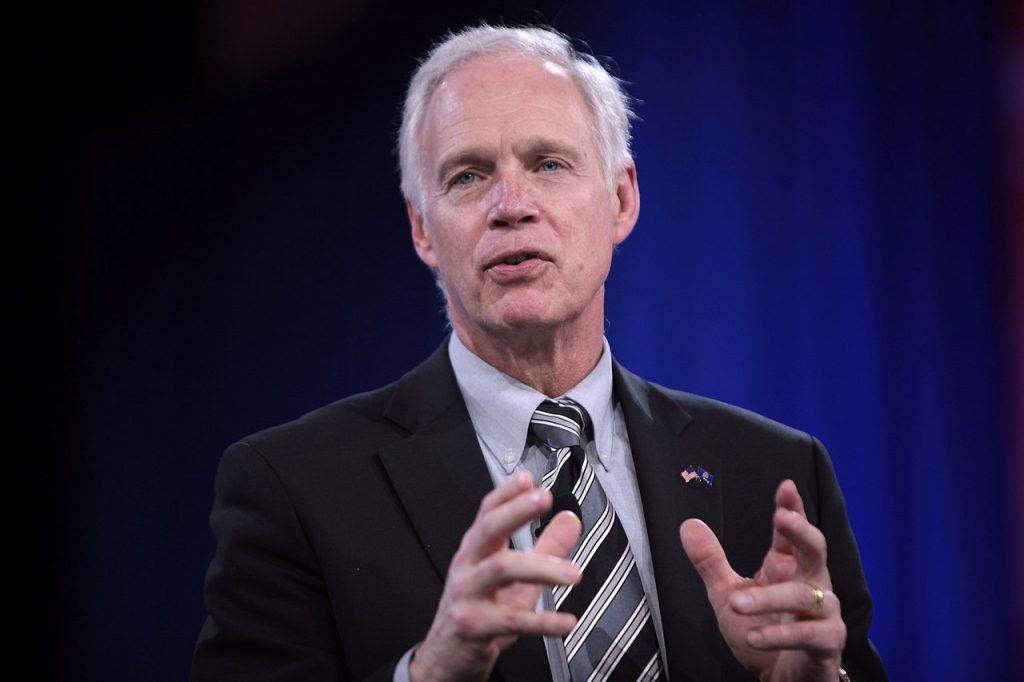 The testimony was part of new documents, including screenshots of text messages to and from Hitt, released by the committee Monday. Hitt said the call from Johnson came Dec. 7, 2020 as former President Donald Trump and allies worked to overturn his loss a month before.

Hitt said he held a conference call with county GOP chairs and forcefully pushed back against false claims of illegal vote dumps in Milwaukee on election night.

“Ron (Johnson) called me afterwards,” Hitt said. “I think he was a little surprised about…kind how forceful I was and said, ‘You know, we need to — we need to have our Legislature choose the electors.'”

“Ron called me right after is now arguing for us to have the legislature choose electors,” said the text to Jefferson. “OMG.”

Jefferson replied by asking “What is he doing?” Hitt replied, “There is a huge amount of pressure building on them to find a way around the electoral college.”

“How can he feel good about promoting that though?” replied Jefferson. “Does he believe we won here?”

Hitt told the committee he didn’t support the idea and told Johnson that nonpartisan attorneys with the Legislature said the body didn’t have power to unilaterally choose presidential electors.

In a statement sent to Wisconsin Public Radio, Johnson accused the Jan. 6 Committee of “selectively and deceptively” releasing text messages “to smear me.”

“I have no recollection of the phone call referenced in the texts, and therefore do not know the context of any comment I might have made,” said Johnson. “My goal since the November 2020 elections has consistently been to restore confidence in our election system. It is indisputable that there were a number of irregularities with that election.”

Johnson pointed to instances of guidance documents issued by the Wisconsin Elections Commissions being ruled illegal by state courts.

Around the same time as Johnson’s call, Hitt told the committee that Trump advisor Rudy Giuliani and other allies were coordinating a meeting of Republicans at the State Capitol who would pose as presidential electors for Trump. Text messages between Hitt and Jefferson show the two were very skeptical of the plan with Hitt saying, “These guys are up to no good and it’s going to fail miserably.”

He testified his skepticism and concern was due, in part, to a request from Giuliani that the gathering of what the campaign called “alternate electors” at the state Capitol should be kept secret. Hitt said the request followed “well over a month of repeated misstatements about what occurred in Wisconsin” by Trump allies like Giuliani.

“And now they’re saying no media, no heads up,” Hitt told the committee. “And to me, I just thought, ‘You know, that just seemed like they are up to no good and that the media certainly is going to find out about this.'”

The false Trump electors met at the state capitol Dec. 12, 2020 but had trouble getting into the building due to strict COVID-19 restrictions, according to Hitt. He said the group was let in by a staffer for State Sen. Patrick Testin, R-Stevens Point.

Two days before the Jan. 6 insurrection at the U.S. Capitol, Jefferson sent a text message to Hitt telling him, “Freaking Trump idiots want someone to fly original elector papers to the Senate President.” Hitt told the committee it was “kind of nuts” how disorganized the campaign was.

In June, the Jan. 6 Committee released text messages from a former staffer in Sen. Johnson’s office indicating he wanted to get slates of “alternate electors” from Wisconsin and Michigan to former Vice President Mike Pence the day of the insurrection.

Johnson initially struggled to explain his involvement with the elector scheme and ultimately claimed he only introduced a Trump lawyer and his staff via text messages.

On Nov. 30, the Jan. 6 committee also released a transcript of testimony from Wisconsin Assembly Speaker Robin Vos, R-Rochester, in which he said he has spoken with Trump 10 times since the former president’s 2020 loss.

Vos told the committee Trump never explicitly told him to try and overturn the 2020 election results, but it was implied.

On July 8, the Wisconsin Supreme Court ruled that the use of absentee ballot drop boxes was illegal and would not be allowed in future elections. Vos told the committee he got a call from Trump the next day and the former president said, “You now have all the evidence that you need to fix what’s happened.”

“And I reiterated the idea that we could not go backward and deal with 2020,” Vos testified to the panel. “We could only use it as evidence to build support for our Republican candidates, because we had already adjourned our legislative session, to be able to build up the support for the reforms we should be able to enact in January with a different governor in charge.”

But pressure and allegations of election fraud from Trump and his supporters led to Vos launching a taxpayer funded review of the 2020 election in July 2021. Leading the effort was former State Supreme Court Justice Michael Gableman.

In March 2022, Gableman released a report that suggested state lawmakers “ought to take a very hard look” at decertifying the 2020 election.

Gableman turned on Vos when he campaigned for a Republican primary opponent to the speaker. Vos narrowly defeated the challenger in August and fired Gableman days later, calling him “an embarrassment to the state.”

Listen to the WPR article