By Jenny Peek, Wisconsin Public Radio - Dec 8th, 2022 07:25 pm
Get a daily rundown of the top stories on Urban Milwaukee 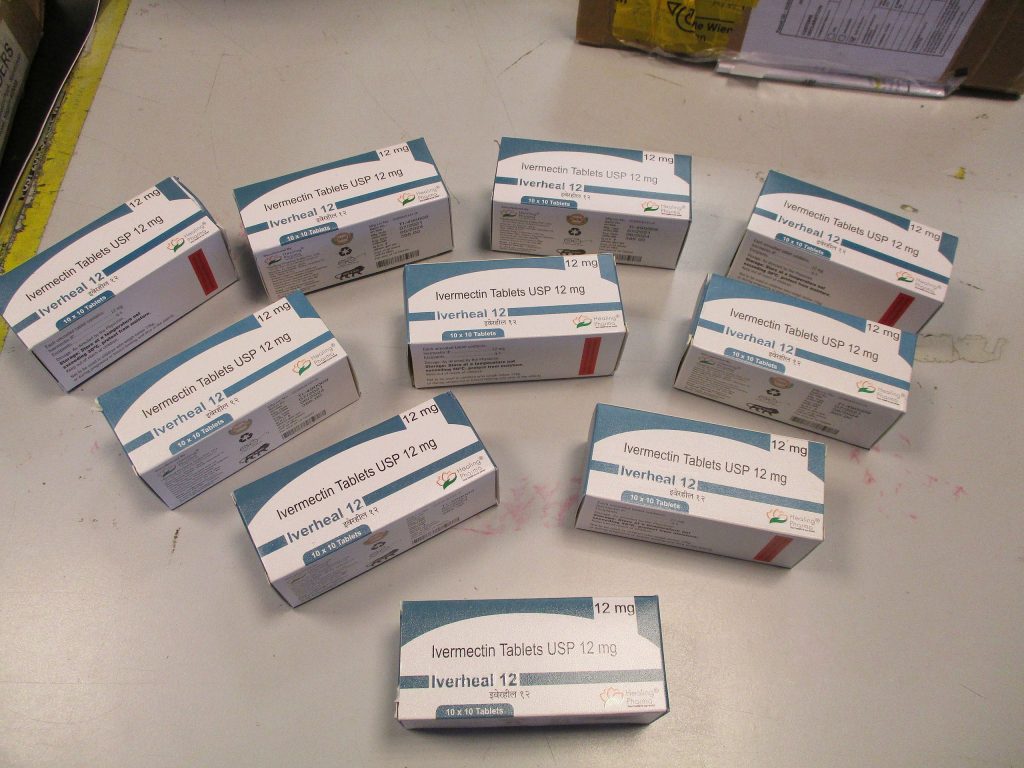 Two health care associations are weighing in on a Wisconsin Supreme Court case considering whether a Waukesha hospital should have been forced to give a patient ivermectin for COVID-19.

According to the brief, AMA and the Wisconsin Medical Society represent nearly 10,000 physicians in the state, who over the past three years treated nearly 2 million Wisconsinites for COVID-19.

“Their task has been greatly complicated by misinformation about COVID-19 and risky treatments touted as miracle cures, like ivermectin,” the brief reads. “Wisconsin’s physicians rely on evidence-based treatments, as the law and their ethical obligations require, and avoid untested ones, like ivermectin, that may compromise patient health.”

The lawsuit — Gahl v. Aurora Health — was brought by Allen Gahl, whose uncle, John Zingsheim, was put on a ventilator in October 2021 due to complications from COVID-19. Gahl got a prescription for ivermectin for his uncle through a doctor who was not associated with Aurora and who had not examined his uncle or been involved with his care. When doctors at Aurora Health refused to provide and administer the drug, Gahl sued.

Waukesha County Circuit Court directed the hospital to give the drug, but then the judge revised his order saying Gahl would have to supply the drug and a doctor to administer it.

It then went to the Court of Appeals District II which stayed and then also revised the order in May 2022. The majority there concluded the court had no legal authority to force Aurora Health to administer the drug, according to Wisconsin Examiner.

The Wisconsin Supreme Court agreed to hear the appeal of the Appellate Court decision.

Dr. Jesse Erhenfeld, president-elect of AMA, said the case before the court goes beyond the use of ivermectin.

“It has profound implications for the practice of medicine broadly, outside of the specific instance of ivermectin and COVID-19, by compelling substandard care that is not evidence based,” Erhenfeld said. “That, in our mind, would jeopardize the patient-physician relationship.”

Wisconsin Medical Society President Dr. Wendy Molaska said in a statement to Wisconsin Public Radio that the majority of studies show ivermectin is not only ineffective in treating COVID-19, but also dangerous.

“The opening line in our brief says it all: physicians are ‘ethically and legally bound to provide quality, evidence-based medical care to their patients.’ Any order compelling a physician or a hospital to do something that falls below even the minimum standard of care goes beyond troubling — it’s quite honestly scary,” Molaska said.

Multiple health care and science-based organizations — including the U.S. Centers for Disease Control and Prevention, the U.S Food and Drug Administration, the World Health Organization and the National Institutes of Health — have stated that ivermectin is not authorized or approved for the prevention or treatment of COVID-19.

“The overwhelming majority of studies investigating ivermectin have not found it to be an effective COVID-19 treatment,” the brief states. “Even ivermectin’s manufacturer ‘do(es) not believe that the data available support the safety and efficacy of ivermectin for preventing or treating COVID-19.”

The Wisconsin Supreme Court is expected to rule on the case sometime next year.