A New Plan To Save Schlitz Tied House 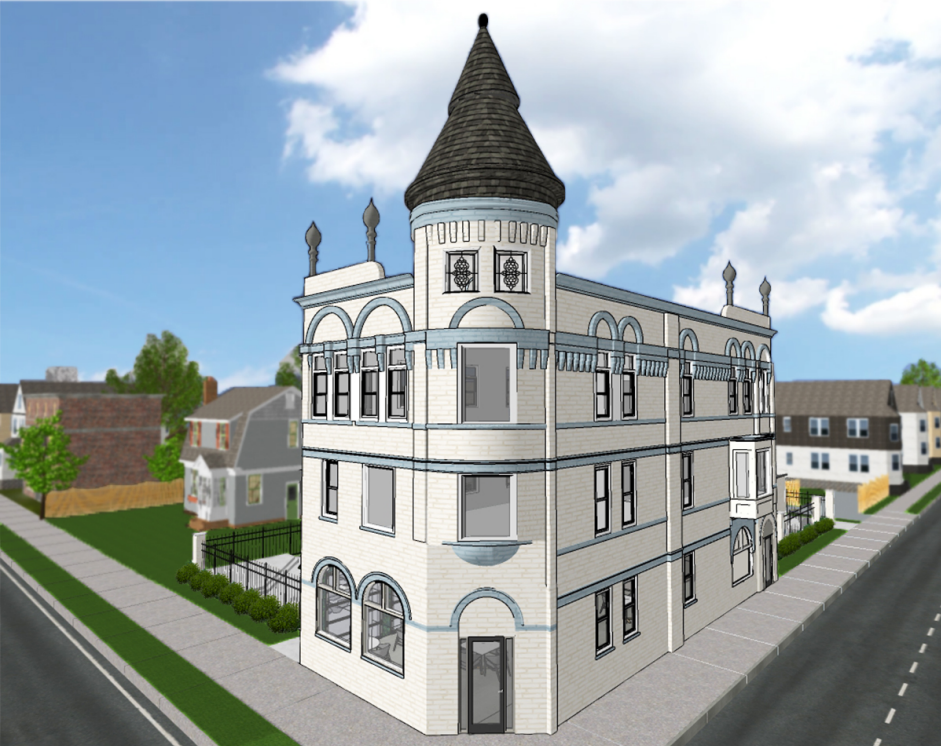 Developer and contractor Clarence Morse‘s proposal to save the Humboldt Gardens building, 2249 N. Humboldt Ave., got an enthusiastic endorsement from the Historic Preservation Commission Monday. Morse would redevelop the 132-year-old building, long-used as a tavern, into an indoor-outdoor food cart park. The two upper floors would house offices, while a patio with up to six vendor stalls would be located on the south side of the building. The first-floor would house an indoor seating area and bar.

“What we are looking for here is a general conceptual approval so [the Department of City Development] feels comfortable moving forward to a sales contract and the developer feels comfortable with finished drawings,” said commission staffer Tim Askin.

Morse got more than approval. The commission had everything from advice to encouragement on redeveloping the former Schlitz tied house.

“This is really exciting,” said commissioner and UW-Milwaukee architecture professor Matt Jarosz. “In the year 2000, this was one of the most endangered buildings.” Jarosz, who is approaching 30 years on the commission, said it’s the lone building from that 10-item list of endangered buildings that hasn’t been either rehabilitated or demolished. “Kind of a sentimental project here.”

“It needs some attention as fast as possible,” said Askin, citing his winter 2018 tour that couldn’t continue to the upper floors because of a roof leak that created a frozen, indoor waterfall. Morse said he’s since seen the upper floors and they need work.

Morse has served as a contractor on a number of projects, including the buildout of UpStart Kitchen in Sherman Park, several nail salons and the now-defunct Urban Beets on N. Martin Luther King Jr. Dr. “I’ve built bars and restaurants for other people. I’ve seen them crash and burn,” he told the commission. His real estate company is known as Dark House Development.

Get a daily rundown of the top stories on Urban Milwaukee
His plan, he said, is similar to the Zocalo Food Park in that it’s designed to provide low-cost space for startup operations. He said he wasn’t concerned with the lack of parking on the property, given the proximity of the Riverwest neighborhood and multiple development proposals for E. North Ave. Morse said he was seeing a shift away from driving. “I like to see that.”

Jarosz suggested Morse pursue historic preservation tax credits, noting the strategy and plan for this development complies with the federal guidelines to access the credits. Coupled with a matching state credit, the credits offset 40% of the cost of doing historically-sensitive repair work. “You’ve got something,” he said.

The credits would cover replacing the former turret atop the building, believed to have been removed in the 1950s. “That turret obviously is a must,” said commissioner Nicholas Hans Robinson. The commission, as is standard, is requiring Morse to replace all of the windows and doors with wood fixtures and make other historically sensitive repairs to the exterior. It would also block his use of roll-up garage doors, as they are only permitted on structures with historic automotive uses.

Dark Horse’s plans were first revealed in 2021 as part of a license application. He’s now received a liquor license for the space.

Morse, who owns Brew City Contractors, said his project costs are estimated at $700,000.

But Morse said as a general contractor he’s able to keep costs low.

The 7,798-square-foot Humboldt Gardens building was acquired by the city through property tax foreclosure in March 2018 from Damian Zak. Morse was one of multiple bidders in 2018 that sought to purchase the city-owned Riverwest property, originally built in 1890 for the Joseph Schlitz Brewing Company. But the Department of City Development ultimately awarded a purchase option to developers Kyle Mack and Todd Hutchison.

Mack and Hutchison planned a $1.2 million project that involved creating residential condominiums in the building, which overlooks the busy intersection of N. Humboldt Blvd. and E. North Ave. The city demolished the building’s south wing, a 375-square-foot addition, in July 2019 as part of securing the structure. But the partners pulled the plug on their proposal in late 2019 after encountering issues with parking and financing

Morse, like Mack, is a graduate of the Associates in Commercial Real Estate program designed to train minorities for careers in real estate.

The building has housed a series of taverns and clubs throughout its history beyond its original use as a brewery-owned bar. It’s been home to Zak’s North Ave, Spruce Goose, Kilroy’s Tavern and Hot Spot. The last of these closed in 1992, according to a city report, and the building’s first floor has been vacant since.

A conceptual rendering for Morse’s proposal was produced by Yasmine Ogul Designs. 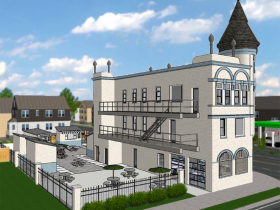 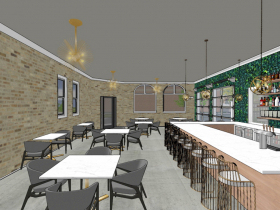 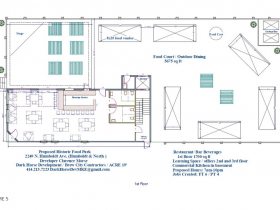 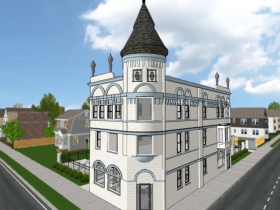 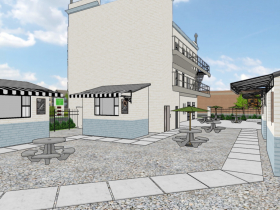 One thought on “Eyes on Milwaukee: A New Plan To Save Schlitz Tied House”