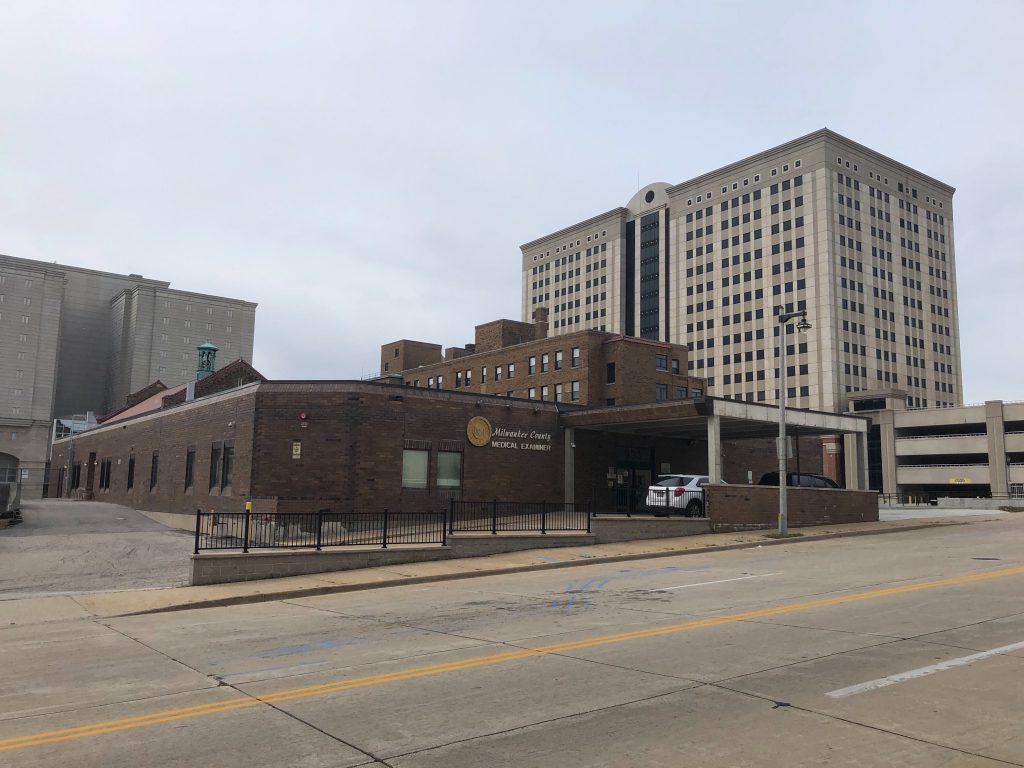 The Milwaukee County Medical Examiner‘s Office is seeking to partner with the Medical College of Wisconsin (MCW) for help with autopsies in 2023 as the office finds itself short-staffed following the dismissal of former Chief Medical Examiner Brian L. Peterson.

“Without contracting for emergent support from MCW, the Medical Examiner’s Office faces severe limitations in providing critical services as required by state statute,” interim Chief Medical Examiner Wieslawa Tlomak said in a report to the Milwaukee County Board.

The City of Milwaukee experienced another record year for homicides and the county is still seeing a historically high number of fatal overdoses.

Peterson’s departure in September led to a delay in the high-profile trial of former Milwaukee police officer Michael Mattioli in the killing of Joel Acevedo. Peterson told Urban Milwaukee in October that County Executive David Crowley asked him to leave the office, giving him the option of retirement. The county executive cannot fire a medical examiner without a majority of the county board also voting for termination.

Shortly before his abrupt retirement, Peterson said in a public meeting that the medical examiner’s office — then down to five forensic pathologists — needed six to maintain their accreditation.

“At this point, we only have five staff pathologists, including myself; we do need six, just to handle the workload that Milwaukee County offers, and to stay within our accreditation standards,” he said. “If we were back up to six staff, we’d be fine in terms of accreditation going forward and based on the numbers that we’ve had.”

Get a daily rundown of the top stories on Urban Milwaukee
The Milwaukee County Medical Examiner’s Office is one of the few in the nation that holds accreditation, and is the only accredited office in Wisconsin, Peterson said.

Tlomak could not be reached to comment on the office’s accreditation or the need for autopsy support.

The office nearly lost its accreditation in 2017. The maximum number of autopsies a single forensic pathologist can do in a year and still maintain accreditation is 325, CBS 58 reported at the time. And the office came close to surpassing that number.

In September, Peterson explained, “if we lose accreditation, the main problem will be for us in court, because in the typical criminal case, of course, the defense side will say ‘So your office used to be accredited, and now it’s not anymore.'”

But accreditation could also play a role in helping the office recruit new forensic pathologists, who have become increasingly rare as the field experiences a nationwide shortage. The effort to recruit new candidates pits the office against other medical examiners across the country.

Milwaukee already has one “hindrance” to competing with other offices, which is the Medical Examiner’s current facility. The squat structure at 933 W. Highland Ave. was built in 1974 and became the medical examiner’s facility in 1989. The county has been considering the need to replace it for a decade.

A 2019 audit described a dilapidated building with flooding in the basement, not enough functioning showers for staff performing autopsies, improper drainage of autopsy waste into the sewer system and other problems. Speaking to the board in September, Peterson said, “I mean, when you can walk into our front lobby and smell decomposed body on a lot of days, that’s just not good.”

The county board authorized approximately $112 million in bonding to build the county’s portion of a new joint project with the State of Wisconsin to be called the Forensic Science Center. Once built, this center will house the county Medical Examiner’s Office.