To honor doctor, civil rights pioneer, a renamed street through Bronzeville, North Side. 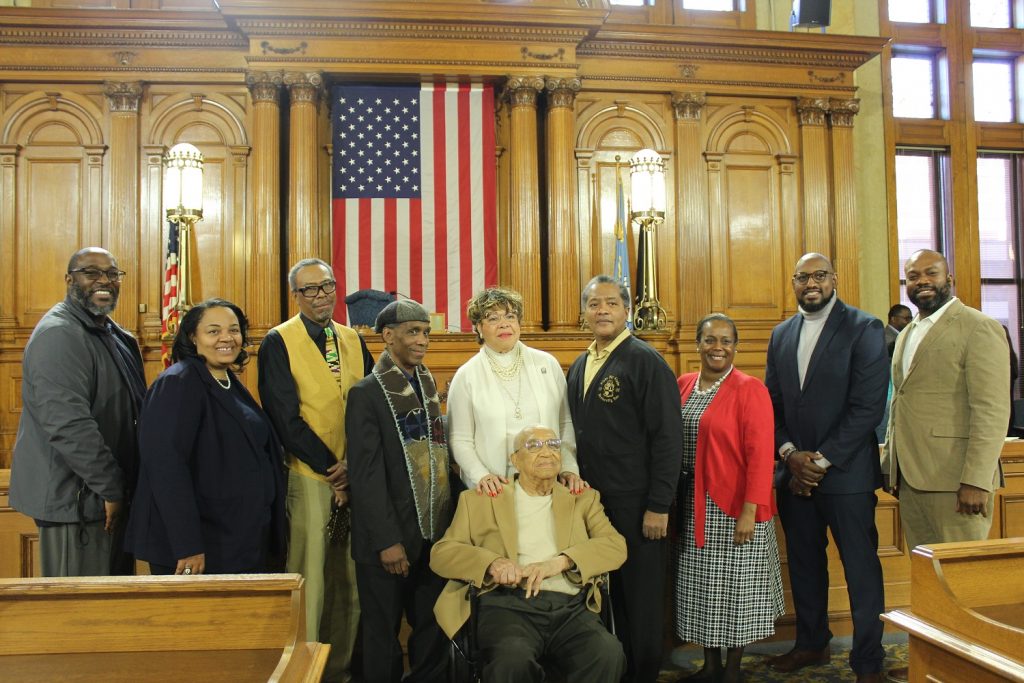 The City of Milwaukee will soon have three parallel streets named for civil rights leaders.

“Whether it is the more than 10,000 babies that he is credited with delivering in the city, or [founding] North Milwaukee State Bank… or the proximity to Vel Phillips and Martin Luther King, Jr., who he had a special relationship with… the influence of Dr. Finlayson is felt through the life and works of so many people,” said Alderwoman Milele A. Coggs, in whose district the renamed street will run.

Her colleague, Alderman Russell W. Stamper, II, joked that Coggs wanted to have a ceremony during Tuesday’s council so she could get an autograph from Finlayson. That’s not so far from the truth.

“We get the chance to give Dr. Finlayson his flowers while he’s here,” said Coggs. She previously said her only regret about renaming N. 4th St. for Phillips in 2018 was that Phillips wasn’t alive to see it. Finlayson, 98, was surrounded by his family in the council chamber Tuesday.

He is believed to be the first Black doctor to work at St. Joseph Hospital and Mount Sinai Hospital. The obstetrician and gynecologist served on medical and nonprofit boards. He is also a member of Alpha Phi Alpha Fraternity’s Delta Chi Lamba Chapter, whose members pushed for the renaming.

In addition to his medical work, Finlayson helped establish North Milwaukee State Bank and a YMCA on the city’s North Side. The former, said his son on Nov. 10, came because Finlayson had to go back to Nashville to secure financing to open his private practice.

“I would like to thank the Common Council for this great honor. It’s not an honor that is awarded to everybody,” said Finlayson. He encouraged everyone to do good “in all the ways you can, for all of those you can, in all of the places you can.”

Finlayson arrived in Milwaukee in 1958 after spending three years in the U.S. Army and earning an undergraduate degree at Morehouse College in Atlanta and a medical degree from Meharry Medical College in Nashville. King was a friend and former classmate, with Finlayson helping bring King to Milwaukee to speak. King, like Stamper, was also a member of the Alpha Phi Alpha fraternity.

“Milwaukee is a great community. We are going to make it greater,” said the doctor to applause.

Get a daily rundown of the top stories on Urban Milwaukee
The effort has been several years in the making. A 2019 proposal by fraternity brother Andre Ash would have renamed N. 20th St. from W. Olive St. to W. Wells St., but the council never formally reviewed that request. The doctor’s longtime office was at 2003 W. Capitol Dr. Instead, the renamed street will cross through the Bronzeville neighborhood where many African Americans settled and Finlayson had his first private practice office.

“Our family couldn’t be happier and is honored that you would do this for him,” said his daughter Sheila Finlayson.

The renaming leaves stretches of N. 5th St. as is in Downtown and the Haymarket neighborhood.