Should neighbors have rights to maintain bluff forever? Crowley says no. 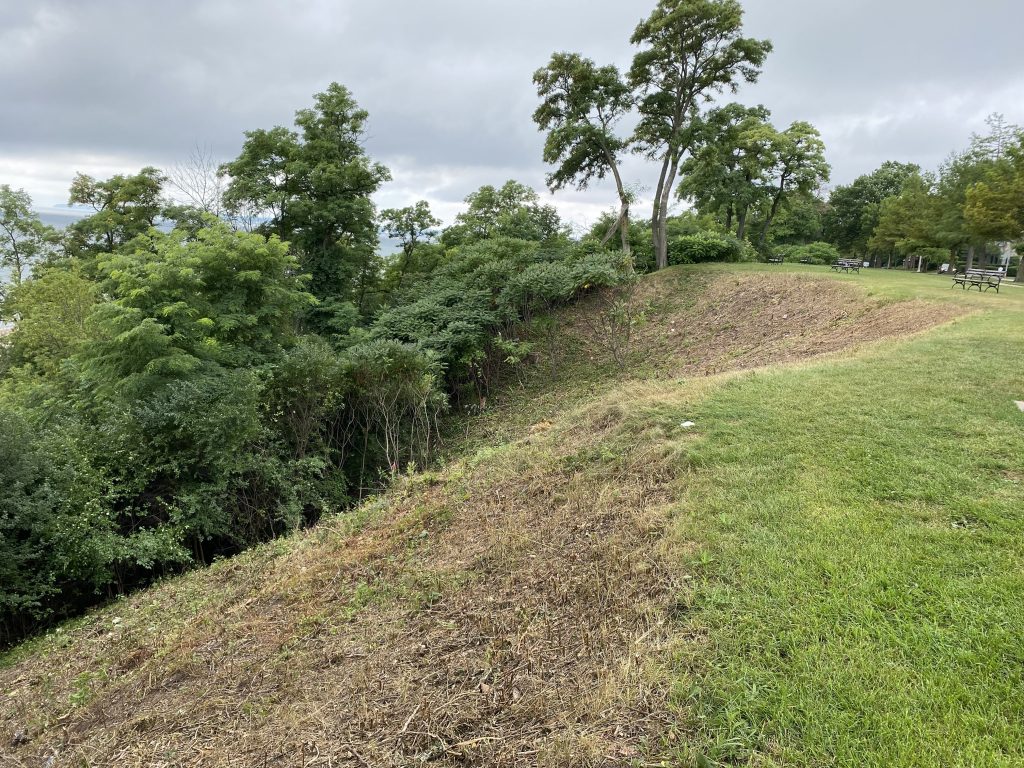 Milwaukee County Executive David Crowley‘s only veto in the 2023 budget was a partial veto of an amendment that sought to give a group of neighbors around Lake Park special access to the parkland to remove vegetation and small trees to restore their lakefront views.

The Milwaukee County Board of Supervisors met last week to vote on an override of Crowley’s veto. But the amendment’s sponsor, Sup. Sheldon Wasserman did not attend the Thursday meeting, and the override failed to get near the two-thirds vote needed. Only supervisors Priscilla E. Coggs-Jones, Peter Burgelis, Willie Johnson Jr., Felesia Martin Juan Miguel Martinez, Tony Staskunas and Dyango Zerpa voted in favor of overriding Crowley’s veto. After the vote failed, Coggs-Jones and Martinez asked the body to allow them to change their vote in the clerk’s record of proceedings.

The amendment was strongly opposed by Milwaukee County Parks and the county’s attorney, Corporation Counsel Margaret Daun warned supervisors that the vehicle for the proposal (a budget amendment) and the amendment’s very broad language would never be advised by her office. Specifically, for both parks and the county’s attorney, there were two key problems: the amount of land to be overseen by nearby residents (from the bluff all the way down to Lincoln Memorial Dr.) and granting them the right to do this “in perpetuity.”

The county executive used his veto power to excise a key paragraph from Wasserman’s amendment, which would have given local residents and the Lake Park Friends organization, “the right, in perpetuity, to fix, repair, and maintain bluffs and other parkland areas abutting or overlapping their property lines in the deed restricted area along the bluffs of Wahl Avenue.”

In his veto message, the county executive said his limited veto was intended to maintain “the more important, operative portions of the amendment” which directs the parks department to work with the neighbors and the friends group on this project and “finalize any agreements necessary for the advancement of this initial cycle of work.” It also maintains language affirming the “already-in-existence deed restrictions and resultant duties, rights and obligations that apply to the county and interested stakeholders and landowners.”

The historic deed restriction restriction referenced is what lies at the crux of the dispute between nearby residents and the county. But while the county executive grants acknowledgment of the deed restriction in his veto, he does not accept that Wasserman’s amendment, as it was originally written, merely codifies existing legal rights. The veto message even echoes the advice Daun gave supervisors, which is that if the right did already exist then the amendment wouldn’t be necessary; and that it does not “meet the standards required to create legally cognizable land access/maintenance rights,” as he wrote.

“I am confident that we can reach that mutually beneficial outcome without creating the legal confusion that this amendment would beget in its original form,” Crowley wrote.

The argument for the right of these neighbors to make changes to this parkland is traced through the history of the parks system. An attorney and Wahl Avenue resident Scott Hansen dug up historical records and communications indicating that a deed restriction was placed on this land when it was originally transferred from private to public ownership for parkland in the late 19th century. This deed restriction required the upkeep and beautification of this land by the public entity owning it, originally the city.

Get a daily rundown of the top stories on Urban Milwaukee
In 1948, the county’s attorney Oliver Louis O’Boyle had reason to review the deed restriction over the question of who was supposed to remove snow “from a certain stretch of sidewalk on the west side of Wahl Ave.” O’Boyle affirmed that it was the county’s duty. It is upon this duty to provide upkeep for the land, and historical instances of neighbors asking parks to trim trees to restore lake views, that the residents are asserting the right found in Wasserman’s amendment.

Parks already grants a special right of entry permit for nearby residents for a 1.9-acre strip of land at the top of the bluff, based on deed restriction and a similar permit granted under former parks director Sue Black more than a decade ago. Over the summer, the residents and Lake Park friends paid DC Landscaping LLC to remove invasive species from this area of the bluff resulting in a clear cutting of vegetation at the top of the hill. But the residents now want access to the rest of the bluff all the way down to Lincoln Memorial Drive, a four-acre strip of land, which is what Wasserman’s amendment sought to provide.

For parks and corporation counsel, this was too much land and too inexact language, granting vague rights “in perpetuity.” Jeremy Lucas, director of administration and planning, pointed out the need for coastal management work to be done before any changes are made to a bluff. Before parks staff would clear a large amount of vegetation from a bluff face, they would want a guarantee from an engineer that it would not cause erosion or catastrophic collapse of the bluff — both of which have happened to bluffs managed by county parks.

Erica Goblet, parks contracts manager, told Urban Milwaukee the permit for additional work extending down the bluff is on hold because, “Staff are concerned about slope stability and would want to ensure any work, if any is allowed, would meet the County Coastline Management Guidelines.”

Historically, the deed restrictions that were part of the the 1890 sale of private land to the City of Milwaukee specified that “the property hereby conveyed be ornamented with trees and otherwise beautified at the expense of the city and by it maintained.” Subsequent Milwaukee County Corporation Counsel opinions state that this obligation passed to the County “in perpetuity” when it took over the parks from the City, Anne Hamilton, president of Lake Park Friends, told Urban Milwaukee. “Given the lack of resources available to County Parks, Wahl Avenue residents have (since 2007-8) raised the funds for this maintenance and paid the County to perform it,” she noted. “To facilitate this, [Lake Park Friends] has collected the funds and paid the County. In recent years, this arrangement has broken down and the situation is at an impasse.”

The Friends group was recently successful in leveraging millions in public funds — including $1 million in funds from the county’s property tax levy —  to restore the historic Ravine Road Bridge (the Friends group donated $300,000 to the project).

Hamilton said the Friends group is collecting the money from residents to do the work on the Wahl Avenue bluff and attempting to pass it on through the parks department. But the parks department says that what they’re proposing isn’t that simple, and that if the department has to pay for any of the project, given its limited resources, it would lose out to other parks projects. “Clearing it for aesthetic reasons, would be down at the bottom of our priorities,” Lucas said.