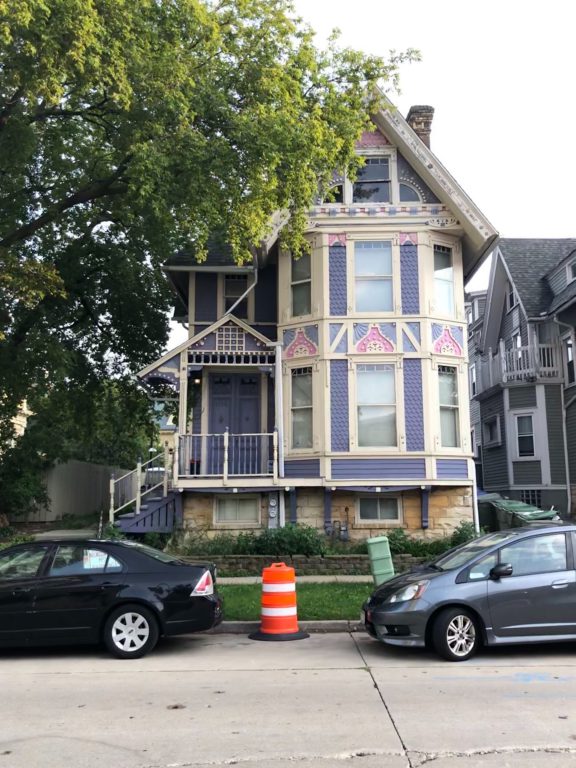 A new coffee shop could come to a historic home near Burns Commons at the northeast corner of Downtown.

But he faces a design challenge: how to make the 2,450-square-foot house wheelchair accessible? The Queen Anne-style home currently includes steps at its front and rear entrances.

Architect Justin Marquis, of Abacus Architects, appeared before the Historic Preservation Commission on June 6 to secure approval on which of two strategies should be pursued to make the building accessible.

Option one is an outdoor lift along the sidewalk that rises to an expanded front porch. Option two is to use a narrow walkway to an outdoor lift at the rear of the house, it would require building a retaining wall and a sloped walkway.

“Option two is more aesthetically pleasing, pulling that ramp back. You can see the cost of the work starts to get really crazy really quick with how much is needed to pull that lift back,” said Marquis. Along with his client, he favors the front lift for cost.

The commission unanimously voted he go with option two.

“I’ve seen some of these lift platforms in other locations and over time they rust and they don’t look very attractive,” said commissioner staffer Carlen Hatala in giving her report. She said the house, designed in 1890 by architect Howland Russel, is one of the “most embellished” in the city.

The house spent 25 years as Peltz Gallery before it closed in 2014, with some art reportedly still hanging on the walls. It sits next to a similarly-styled house.

“I’ve always admired those. I’m surprised they’ve lasted this long to be honest,” said commissioner and area Alderman Robert Bauman. A number of homes in the area have been demolished for larger buildings with lake views.

Marquis said the second floor will be used for additional seating. The architect said accessibility regulations would not require the installation of an elevator because of the amount of work being done and the capacity. The art gallery was not required to be fully accessible, he said, because the interior alterations were not substantial.

Bauman suggested it be converted back to a residence to avoid the accessiblity concerns. But Marquis confirmed a coffee shop was being pursued.

“I don’t believe he has a tenant at the moment,” said Marquis.

Slade, through Slayed Develpoment One, LLC, acquired the property for $300,000 in May 2021. It is currently assessed for $302,300. The property was acquired from the Cissie Peltz Revocable Trust. Peltz passed away in 2013.

Get a daily rundown of the top stories on Urban Milwaukee
In addition to his Knapp Street property, Slade is a franchise owner of multiple Great Clips hair salons.

Slade and Marquis will need to come back to the commission to secure final approval for any exterior alterations.

The property once included a backyard, but it was sold to the Bradley Foundation so that the organization could expand its parking lot. The foundation formerly occupied The Lion House and other mansions facing N. Franklin Pl. The properties were sold in December 2019 to Wisconsin Securities Partners. All of the houses in the area are jointly protected as part of the First Ward Triangle Historic District. 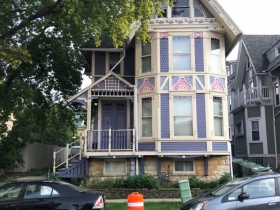 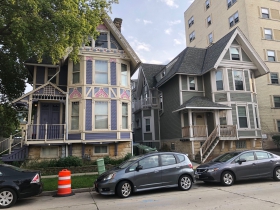 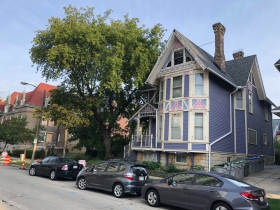 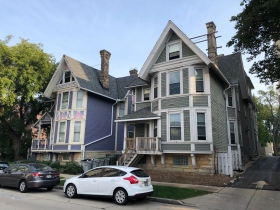 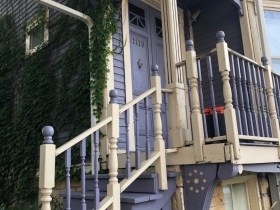 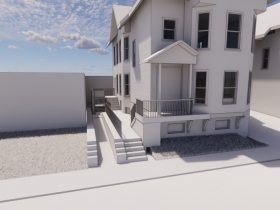 One thought on “Eyes on Milwaukee: Historic Home Could Become Coffee Shop”