Three Classic Houses To Be Restored 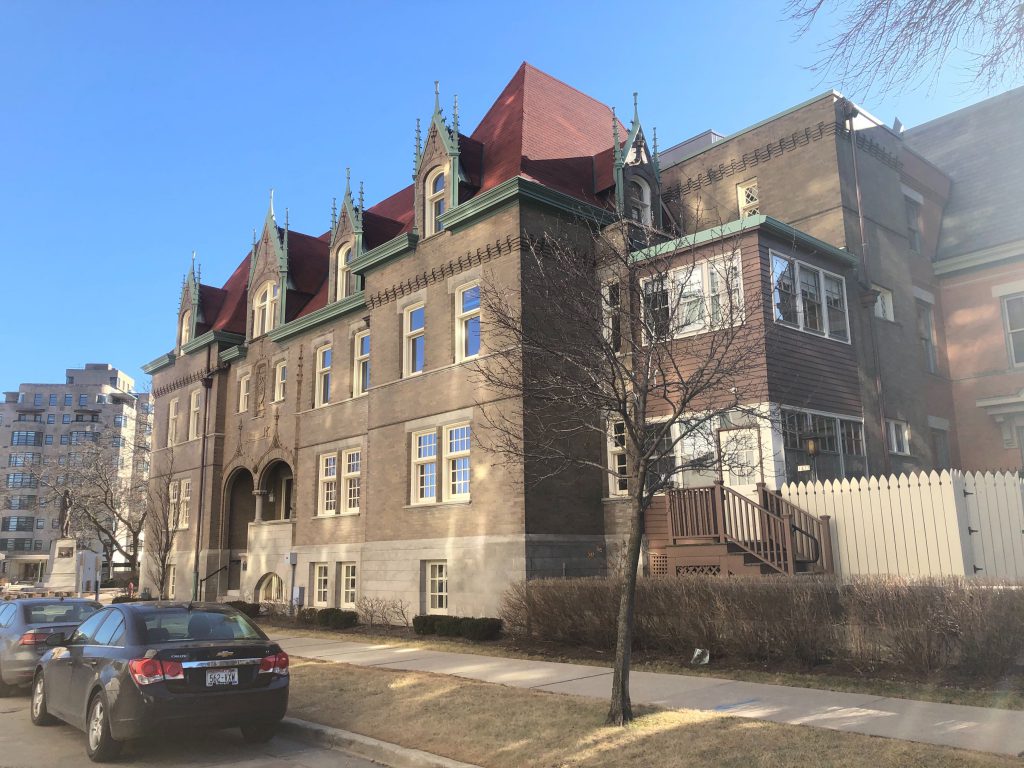 The Bloodgood House and its addition. Photo by Jeramey Jannene.

The new owner of three historic homes near Milwaukee’s lakefront have set about to improve the properties. That includes demolishing a portion of one of them.

Wisconsin Securities Partners, a holding company owned by the Chester and Read families, acquired the Lion House, Hawley House and Bloodgood House from the Bradley Foundation in December for $2 million.

The organization will maintain the three homes as office space, as they have been since the 1990s. But a series of changes will be made to reflect the change in use from what was effectively one large tenant to a series of tenants. Other improvements are being made to improve the marketability of the properties.

Project representatives appeared before the Historic Preservation Commission Monday afternoon to secure approval to make a series of exterior alterations to the 6,600-square-foot, brick Bloodgood House. “The key point here is that this wood-framed addition at the west end is being removed,” said commission staffer Tim Askin.

A non-functional chimney is also being removed, but the bricks won’t travel far. They’ll be used to restore the facade of the home after the 150-square-foot addition is removed. The addition came decades after the two-and-a-half-story house was built for attorney Francis Bloodgood Jr. in 1896.

The foundation bought it in 2011 and used it as a home for the Wisconsin Institute for Law and Liberty. A substantial restoration project was undertaken in 2014. But the institute relocated to the 330 Kilbourn office complex in May 2019 and the foundation relocated to Hammes Company‘s new Palladium building in late 2019.

Now Wisconsin Securities Partners, with the assistance of The Barry Co. whose CEO James T. Barry III sits on the board of the foundation, is seeking tenants for the properties. A total of 26,719 square feet of space are marketed for lease with a rate of $14 to $16 per square feet per year. The minimum divisible size is 1,500 square feet.

The new owners are about as old money as it comes in Milwaukee, arguably outpacing even the Bradley family. Wisconsin Securities Partners was the holding company for Wisconsin Gas and Wisconsin Electric before the two entities were established as publicly-regulated monopolies. They’re now together again as part of We Energies. The Chester and Read families also had their hands in the formation of Wisconsin’s largest law firm, Foley & Lardner, the former T.A. Chapman Department Store and various railroads.

Alderman Robert Bauman, who serves on the historic commission and represents the area on the Common Council, endorsed the proposal. “Sounds good. Welcome to the neighborhood,” said Bauman after learning from project architect Steve Wellenstein that the new owners don’t plan to introduce any new uses to the properties.

The commission unanimously endorsed the proposal.

Interior changes to the properties aren’t regulated by the historic commission, but the selection of Uihlein/Wilson Ramlow/Stein Architects is an indicator that nothing radical is planned. The firm, founded by David Uihlein whose grandfather founded the Bradley Foundation (when it was part corporate foundation for the old Allen Bradley Co.) specializes in historic preservation projects. 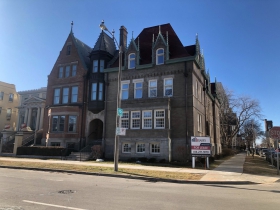 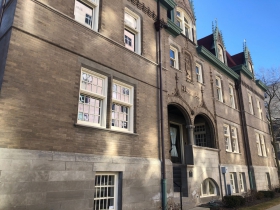 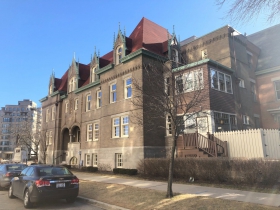 It was hard to assess the value of the three homes for decades as the Lion House and Hawley House were both exempt from property taxes because they were used and owned by a non-profit. Now all three homes will be placed on the property tax rolls.

The anchor in the trio, the Lion House at 1241 N. Franklin Pl., sold for $1 million. It carried an exempt assessment value of $605,800 according to city records.

For a much more detailed examination of the properties’ value and the history of the foundation, see Michael Horne‘s May column “What’s It Worth? Lion House the Finest Pre-Civil War Home.”