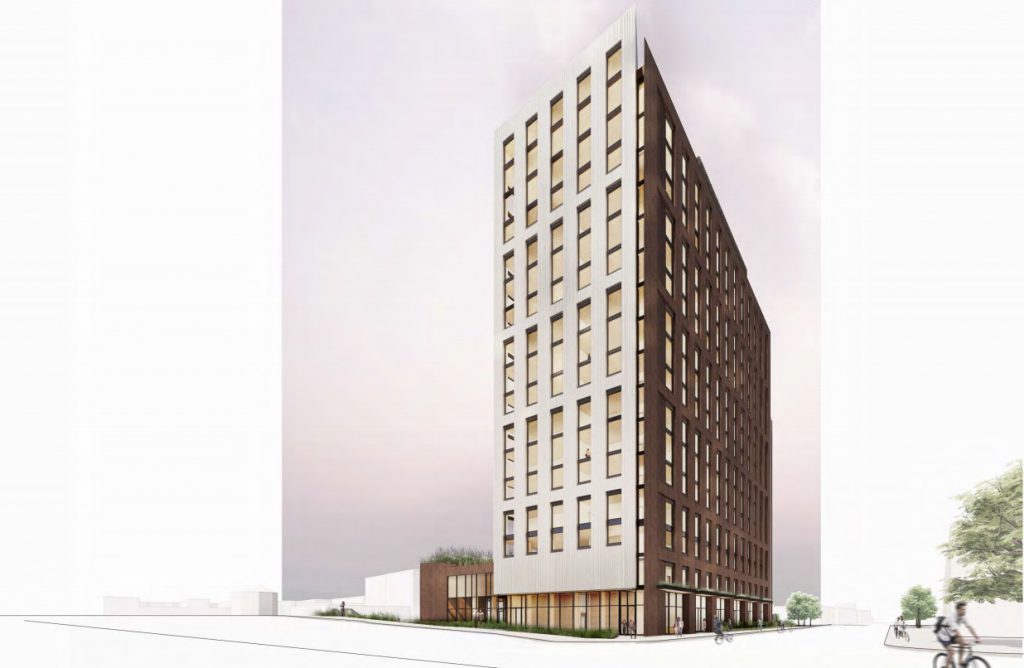 The Edison, a proposed 15-story apartment tower, is moving forward.

An affiliate of The Neutral Project, the project developer, closed on the purchase of the 0.56-acre site at 1005 N. Edison St. for $4.12 million on Monday.

The riverfront site has been occupied for decades by a one-story warehouse belonging to wholesale florist Rojahn & Malaney Co., but was listed for sale in 2016. The Neutral Project will raze the warehouse and attached parking lot to create the development site.

Neutral Project principal Nate Helbach told Urban Milwaukee that construction could begin this spring. “We are now wrapping up design and development,” said Helbach on Tuesday.

Construction would take up to 16 months, timing the building for a late summer 2023 completion.

The approximately 200-unit apartment building is being designed to meet the Leadership in Energy and Environmental Design (LEED) Gold standard and would be built from mass timber, a material that is lighter than steel or concrete. The building is also intended to meet Passive House energy use certification, a voluntary standard for low energy consumption. A third-party analysis would be completed to verify the project’s integrity.

The Madison-based developer, with design architect Michael Green Architecture and architect of record Angus-Young, secured multiple city approvals in 2021 to develop a new riverwalk segment on the site.

“This appears to be an excellent project and I certainly appreciate the goals of sustainability they are trying to work into this project,” said area Alderman Robert Bauman in August.

The third and 14th floors would include outdoor tenant decks and green roof components. The third floor space would allow for tenant gardening in raised beds. The smaller fourth-floor deck would include private patios for adjoining units.

Get a daily rundown of the top stories on Urban Milwaukee
Four commercial stalls with a combined 5,141 square feet of space are planned for the west side of the building, and targeted at a restaurant and cafe. The south side, facing E. State St., contains a small tenant lobby and the eastern side contains a bike storage room.

An automated parking system would be included in the base of the building, offering 102 spaces. That’s approximately half of the stalls included with most new high-end apartment buildings in Milwaukee.

“We believe the shift towards sustainable transportation options will be supported by ample [electric vehicle] charging, bike storage, EV bike share and a close proximity to rapid transit,” said Helbach in August. “Further, a reduction in single-occupancy vehicle trips by residents will be encouraged through our electric vehicle car share and bike share.”

The development team has continued to file for permits and variances after first proposing the project in March. It is pursuing a similar project in Madison and also purchased that site.

The building would have a three-story concrete base and then 12 floors of mass timber.

Because it mimics many of the properties of old-growth lumber, mass timber is more desirable than conventional wood construction. It only chars (rather than burning through) in a fire, reduces on-site construction time and offers enhanced strength.

The engineered material offers substantial environmental benefits over steel or concrete. Because it weighs less, it also can reduce the size of a building’s foundation allowing faster construction. It also offers an aesthetic benefit that developers are betting will generate a competitive advantage.

Kurt Van Dyke of The Barry Company served as the listing broker. 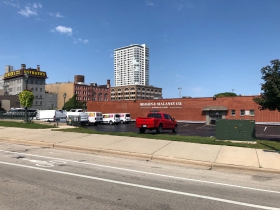 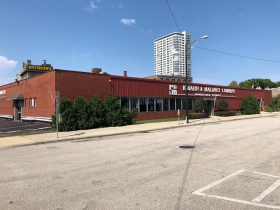 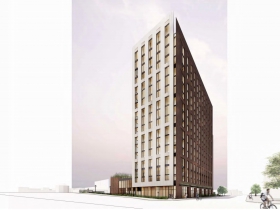 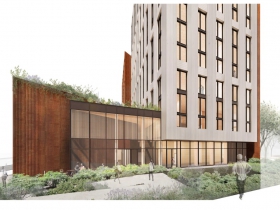 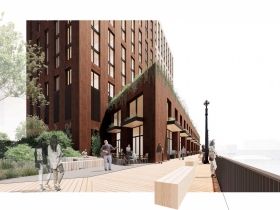 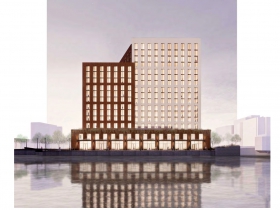