The sauces are a riot of textures and flavors at this West Allis restaurant. 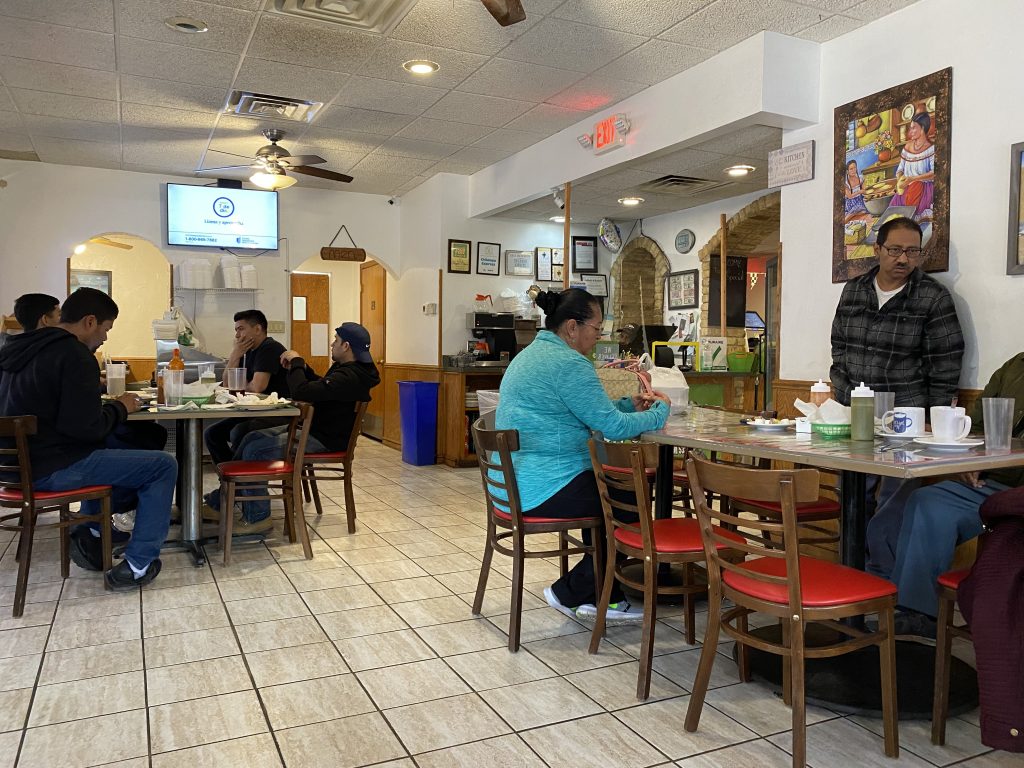 Authentic is the word that comes to mind as I write about Chilango Express in West Allis. From handmade corn tortillas to a killer red sauce that I could have eaten with a spoon, everything at this small restaurant was delicious.

The name Chilango comes from a Mexican slang term often used to describe someone who lives in Mexico City. It’s not always complementary according to my research online, but in the words of Chilango’s chef and co-owner Guadalupe Ortiz, it means someone who left home in Mexico City and misses said home.

Ortiz and her husband Juan opened Chilango Express at 7030 Lincoln in 2019, but it was a long journey from their original location at the corner of Layton Boulevard and National Avenue. They started there with a small food cart in 2010. Soon they upgraded to a food truck which was followed by a tiny restaurant in a gas station at 68th and Lincoln. They quickly outgrew that space and in May, 2019 they opened their humble restaurant at 7030 Lincoln and brought their menu, a shout out to dishes from Ortiz’s former home in Mexico City.

You can’t miss the cherry red building on Lincoln where the decor inside is understated, both spacious and homey. It’s all about the food here and you won’t be disappointed from your first bite of the pico de gallo that accompanies the chips. It’s fresh, mild, and juicy with a hint of jalapeno to stimulate your taste buds for what’s yet to come.

On my first visit I ordered Chile Relleno ($3.25) and one Chicken Taco ($2.25). I mention the prices only because these are Mexico City street prices, not what one expects in a sit-down restaurant in West Allis. From a list of eight meat choices, Asada (steak), Al Pastor (pork), Barbacoa (chunky beef), Chorizo, Beef Tongue, Chicharron (pork rinds), Pollo and Tripe, I chose Al Pastor for the relleno and chicken for the taco. The chucks of pork in my large chile relleno were fork-tender with a hint of citrus from a marinade. There was a lot of meat, more than I expected to find inside this roasted chile. The red sauce that coated it left me craving more. It had enough complexity in its rich flavor to qualify as a mole, perhaps a coloradito mole. It was both earthy and spicy. Chef Ortiz told us she makes it with ancho, guajillo, and arbol chiles.

The chicken in my taco, again a generous serving of meat, paired well with the chopped onion, cilantro, and the house-made green sauce.

My companion ordered the Burrito, a giant flour tortilla bursting with Al Pastor, more than enough for a meal, along with an Asada Taco stuffed with tender pieces of steak. Often a steak taco in a restaurant will have tough meat, hard to chew, and lacking the umami of steak properly prepared, but this steak was tender, each bite a pleasure in the mouth.

When ordering many of the dishes on this modest menu, you need to choose a sauce, either the aforementioned red, a green, or a mole. There were also two sauces on the table, a mild green and a HOT red, only recommended if you are looking for extreme heat.

On another visit I ordered two enchiladas, one with Asada and a second with Barbacoa. The barbacoa turned out to be like a tender stew meat that had been simmered until it fell apart, and the mole I chose for the sauce could stand up against any mole from Pueblo in Mexico where it originated. It was dark, rich, complex, a combination of many chiles plus a touch of chocolate, a traditional ingredient in this dark brown mole.

My companion ordered the Huarache Dinner which our excellent server Josephina recommended. It was a large house-made thick corn tortilla grilled and topped with Chorizo, Al Pastor, cilantro, and chopped onion. This complete meal came with Mexican rice and chunky refried beans.

Tasty and generous understate what Chilango Express delivers: the dinner portions were easily enough for two; all the meat was tender and juicy; the corn tortillas were freshly made; and the sauces were playgrounds of textures and flavors.

They don’t make their desserts in-house, but the Tres Leches Cake and the Flan rate among the best in my opinion. They are purchased from a bakery in Northern Illinois.

Because every bite at Chilango Express was filled with complex flavors, I asked Chef Ortiz about her recipes. Were they written down or handed down? Our server Josephine translated her reply. “They all came from my family, my grandmother, my mother, my great grandmother. Nothing is written.”  When Chef Ortiz heard my question, she laughed, pointed to her head and said, “In mi cabeza.” 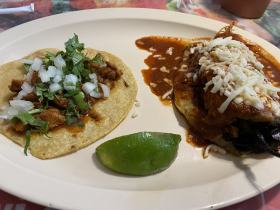 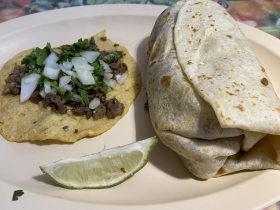 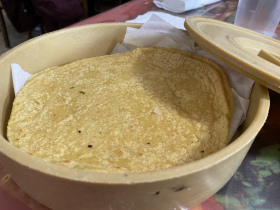 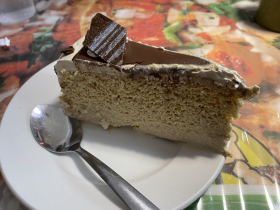 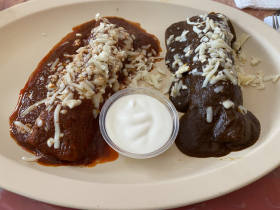 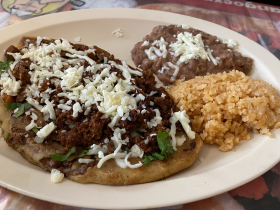 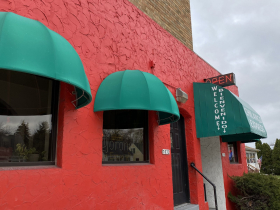 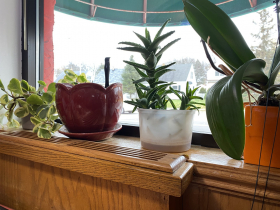 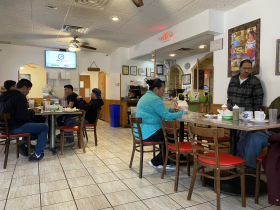 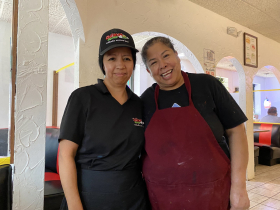 One thought on “Dining: Chilango Express Is Authentic Mexican”

Nominations Open for Brewers Grand Slam Teacher of the Month Award, Presented by US Cellular by Milwaukee Brewers