Melissa Allen will develop home for Bronzeville Center for the Arts. 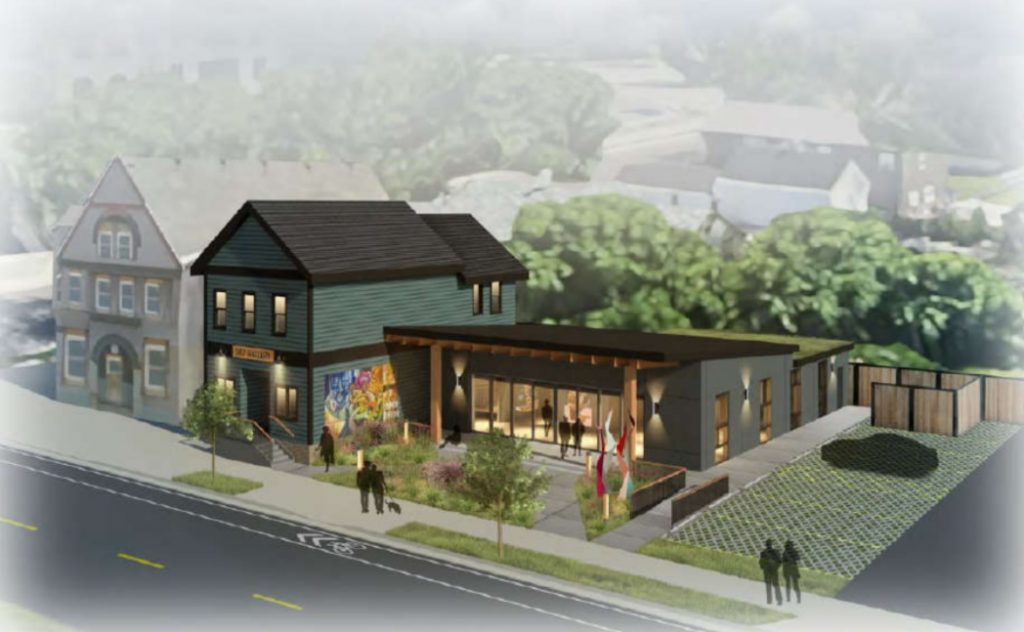 Bronzeville Center for the Arts rendering. Image from Maures Development.

Her firm, Maures Development Group, is about to start construction on a scattered-site affordable housing project that will create or rehabilitate 30 units of rental housing. Prior to that she developed The Griot apartment building (with space for America’s Black Holocaust Museum) and redeveloped the adjacent Garfield School into affordable apartments.

“For the last 15 years we’ve focused our efforts on revitalizing urban parts of Milwaukee,” said Allen to the board of the Redevelopment Authority of the City of Milwaukee on Thursday afternoon. And while Maures has done projects across the city, she will have soon transformed a three-block stretch of W. North Ave. between N. Martin Luther King Jr. Dr. and N. 6th St.

Her next project will see her developing an arts facility for the Bronzeville Center for the Arts (BCA). The recently formed nonprofit is focused on exploring, preserving and presenting African American art and culture.

BCA’s permanent home will be created from a redeveloped two-story house at 507 W. North Ave. and one-story addition on a currently vacant lot at 517-519 W. North Ave. A city report estimates the development cost at $1.5 million.

Maures will not own and operate the facility. Allen’s company is just serving as the developer. It will acquire the vacant lot from the city for $24,600.

The former duplex will become office space and will receive a new roof, siding, mechanicals and other improvements. The addition will serve as gallery space with a full basement.

Get a daily rundown of the top stories on Urban Milwaukee
A rendering and site plan submitted to RACM depicts the addition set back from the street with a landscaped plaza in front. To the west will be a six-stall parking lot.

“We are moving full speed ahead with the design work and hope to start construction early next spring,” said Allen. Quorum Architects is working on the project.

“The donor prefers to be anonymous,” said Allen

And as much as “anonymous” is an invitation for a reporter to start digging, the actual name isn’t buried very deep.

The existing structure that will be redeveloped is owned by DSK, LLC. The tax bill for the property is to be sent to the home of Black Box Fund founder Deborah Kern. Kern has generously backed a number of creative and artistic efforts in the city in recent years.

DSK acquired the property in July for $94,000 from landlord Paul Bachowski. It is assessed for $30,800. The building was originally built in 1905, according to the Wisconsin Historical Society, and once was home to Dorthey’s 507 Club.

The RACM board unanimously endorsed the land sale. Common Council approval is required for the land sale and for a certified survey map to combine the properties.

The BCA site is bordered to the west by a laundromat property, 521-535 W. North Ave. now owned by a limited liability company affiliated with Ashraf Khaled, who owns two NYPD Pizza properties in the city.

Commissioner Bill Schwartz asked if Allen had any plans for the property to the east, which separates the BCA site from her other investments in the street.

That property, a vacant two-story building at 501-503 W. North Ave., is  owned by a limited liability company (Fur Baby Fund) affiliated with Racine resident Dora Hawkins. A series of renovation permits were applied for in recent months.

“I definitely want it to be paid attention to,” said Allen to the many Department of City Development employees in the room. But no, she does not have any plans for it, at least not yet.

The scattered-site housing plan, as Allen revealed in September, calls for redeveloping the building across the street, 540 W. North Ave., into a community center. That property is also owned by RACM. 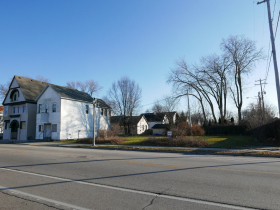 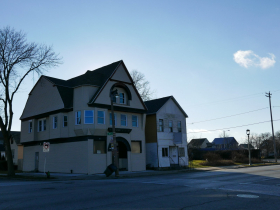 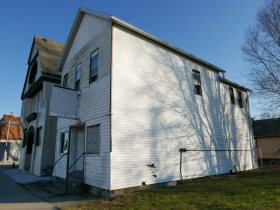 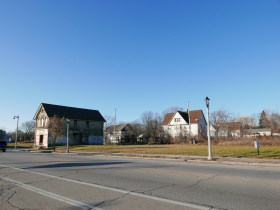 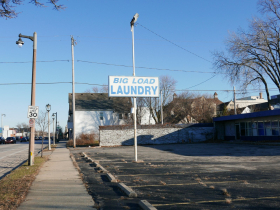 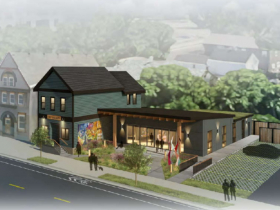 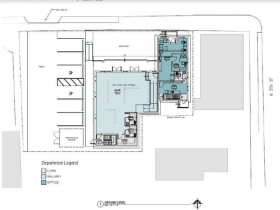 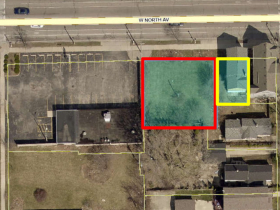