Action taken after police and others argue over how a homicide near bar was handled. 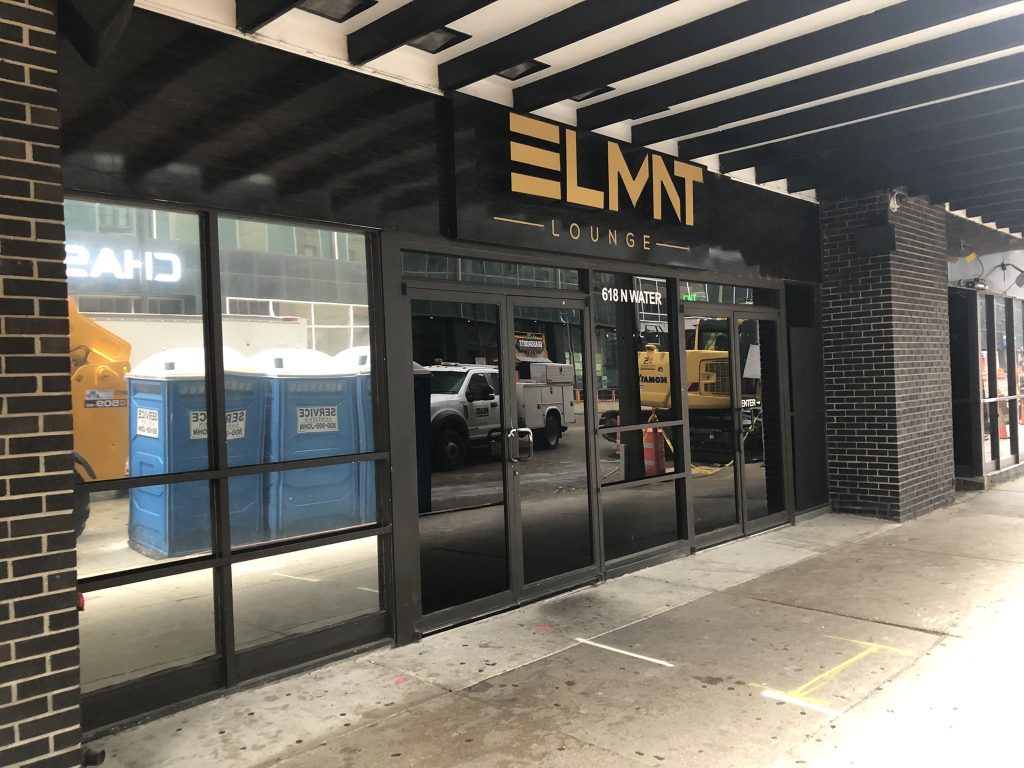 ELMNT Lounge, a downtown nightclub formerly known as 618 Live on Water or The Ladybug Club, will be closed for 60 days following a narrow Common Council vote.

The council voted 8-7 Tuesday morning to suspend the club’s license. The vote followed a license renewal hearing on Nov. 30. that lasted more than two hours and included allegations that a homicide outside the club was the result of police inaction. The bar is expected to appeal the suspension in Milwaukee County Circuit Court.

Much of the hearing centered on a July 17 shooting near the intersection of N. Water St. and E. Michigan St. that left 24-year-old Diamond Arberry dead.

According to a police report and social media accounts, patrons fighting inside ELMNT, 618 N. Water St., spilled out of the bar and made their way half a block south to the intersection. Multiple shots were fired. At least one security guard from ELMNT was involved in what the area police captain, James Campbell, described as a “melee” and “sheer chaos.”

“This right now is considered an open homicide case,” said Campbell to the committee. “The subject was in a group of five people that did not have their IDs scanned when they went into the establishment.”

But the bar’s owner, Habib Manjee, the victim’s mother and at least one council member think the police should have done more to stop the fighting once it spilled outside of the bar.

Arberry’s mother Lakia Thomas said her daughter made the unfortunate choice of following the fight. Under questioning from ELMNT’s attorney Emil Ovbiagele, she said she didn’t hold the club responsible for her daughter’s death. “Once the fight went into the street I feel they should have de-escalated the fight,” she told the committee under oath. “I feel the police should have done more… I hold the police responsible actually.”

Get a daily rundown of the top stories on Urban Milwaukee
“I am very, very disappointed that our Milwaukee Police Department is not doing more,” said Homer Blow, a DJ that said he visits the club at least twice a month and sometimes performs there. “This is not an ELMNT problem. This is a city problem that has to be addressed.”

Campbell said officers waited for backup to intervene and that there were more than 100 people in the area.

“Our officers acted swiftly, they did make a firearm arrest immediately after this happened,” said Campbell. “I would say they did the right thing by waiting to get a significant number of officers there because it was sheer chaos and the numbers of people that were out there and the incidents that were happening dictated that.”

“We have done everything we can to provide a safe environment,” said club manager Nick Murado.

The club’s safety practices include patting customers down and scanning IDs upon entry. Multiple times during the hearing Ovbiagele said there haven’t been any shootings or stabbings inside the club.

“We feel that our venue is extremely safe,” said Murado.

Campbell, testifying for MPD, said the department would like the club closed. “I cannot in good conscience support a renewal,” he said. An analysis of city records going back to 2008 shows that, including the new suspension, the club will have been issued suspensions totaling 280 days.

But the official license report only goes back to 2018 because, despite Manjee’s sustained involvement, the business is viewed as having started when it was reconfigured as ELMNT. “It’s essentially the same club,” said area Alderman Robert Bauman.

Police reports show four violent incidents occurred at the bar, three of which involved security guards leaving the premises to fight patrons in the streets. Manjee and Murado have terminated at least one employee as a result and fired a security service. During the hearing they did not deny the incidents, but said they had counseled employees not to act that way.

Murado said portions of the MPD’s written report weren’t accurate. One report says the bar illegally sold an on-street parking spot to a patron for $100 on Oct. 23, but Murado said that wasn’t the case and the club would never do that because it leases a parking lot. That same report says Manjee came outside while the police officer was writing the patron a ticket and was “upset with the officer’s actions.”

“That officer, he’s the same one writing all the wrong stuff,” said Manjee. He said the officer was arguing with him first and the disagreement stemmed from the officer demanding a security guard be immediately fired on Oct. 18 for fighting patrons away from the bar. The officer, according to the report, is Charles Seelow.

“Nothing I’m hearing from the owner directly contradicts what I’m reading in the police report,” said Ald. Nik Kovac. He said it was good that both side had recordings, but it was the homicide he was most concerned with.

Both the police and nightclub agree that following an Aug. 10 meeting between the parties things have improved. The meeting, according to Murado and not disputed by the MPD representatives, established that the club was responsible for security inside its business and that MPD, through its Code RED (Responsible Entertainment Deployment) staffing, would secure the outside area. The manager called it a “productive meeting.”

Murado said he wishes that meeting, delayed because of the Milwaukee Bucks’ NBA Finals run, could have happened before the July 17 incident. No incidents appear in the club’s police report following the meeting.

Bauman ultimately introduced the idea of a 60-day suspension.

He said during the transition to ELMNT he “basically smoked a peace pipe” with Manjee that resulted in a truce on what had become a pattern of hours long meetings about problems. “Except this year it basically got back to its old self,” he said of the bar.

Disputing the claims that the bar was safe inside and the video system was never down, Bauman brought up a Jan. 2020 incident where police said hundreds of patrons were storming out of the club and fights took place outside. Manjee, according to the police, said no fight took place inside and later claimed the video system was down. MPD saw videos circulating on social media showing an indoor fight and received another video via an anonymous submission.

But at least one of his colleagues doesn’t see things that way.

“It appears to me anytime they come up against ELMNT or Ladybug, or however you want to refer to it going back to the past and coming back to the future, [MPD] always come with something negative, ‘they’re the problem, ELMNT is the problem, they created these problems’,” said Alderwoman Nikiya Dodd.

She said incidents happen with bars and nightclubs.

“Quite frankly, I’m sick of police making excuses for why they can’t do their job,” said Dodd. “I’m tired of their excuses. They should have done their job that night. It’s sad. It’s ridiculous.”

“The police need to take some responsibility themselves,” she said. “We got to stop defending them when we know they are negligent, and in this case they are very negligent”

Alderwoman Milele A. Coggs, the committee’s chair, said the department needed to bring officers involved in the incidents to the meetings. “If a department is asking for a nonrenewal, and there are cases of homicide involved with it, there is an expectation that officers involved be here to testify,” she said.

Coggs and Dodd were the only members to vote against the 60-day suspension at committee. It went to the full council with a 3-2 recommendation for the suspension.

On Tuesday, ELMNT was represented by attorney Michael Maistelman instead of Ovbiagele.

The new attorney attempted to introduce a video into the record. “What the video will show is different than some of the evidence that was presented at the committee last week,” he said. He said it would show only about 14 people in the street instead of more than 50. It would also show police in three squad cars standing by. “Had they acted, I believe most of the problems occurred thereafter would not have happened.”

He said the video wasn’t shown at the prior hearing because of technical difficulties. But assistant city attorney Jack McNally said he had no recollection of such a request being made. Obtained by Urban Milwaukee, the video is a cell phone recording of select portions of security camera footage.

A motion was made to send the item back to committee, allowing more evidence to be introduced but also causing the club’s license to, at least temporarily, lapse.

Kovac said a discussion about whether the police should have intervened was more suitable for a different venue. “No one disputed that a homicide did occur,” he said.

“I don’t know if my vote would be different if the video was shown,” said Coggs. “It was a lot of moving parts.” She supported sending it back.

But the motion failed on a 8-7 vote, with Coggs, Dodd, Ashanti Hamilton, Khalif Rainey, Chantia Lewis, Russell W. Stamper, II and Cavalier Johnson voting to send it back.

The nightclub is located about a half-mile south of a cluster of Water St. bars that were plagued by violence last summer from individuals who congregated outside the bars without entering them.