Both six and eight lane options cost more than $1.2 billion and include similar dramatic overhaul of Stadium Interchange. 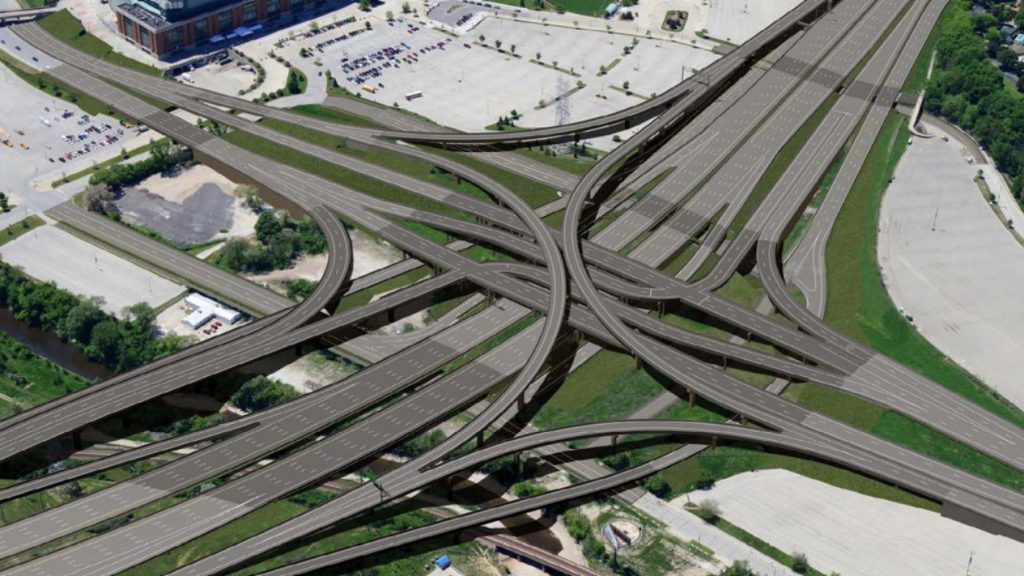 2021 Stadium Interchange proposal. Image from the Wisconsin Department of Transportation.

The cost of rebuilding 3.5 miles of Interstate 94 has grown significantly since the state first released its plans to rebuild the aging stretch through the middle of Milwaukee County.

Wisconsin Department of Transportation officials presented their latest concepts for the project this week at two public meetings. The lowest-cost option, an update to the existing six-lane configuration, now has a price tag of $1.2 billion if construction were to start today. This is an approximately 44% increase from the original estimate.

But construction, under the presented project schedule, wouldn’t start until 2024. That’s 10 years after WisDOT held it’s last open house on the project and gave an estimated $835 million project cost estimate for an eight-lane version.

The state is still studying two options for reconstructing the freeway, but unlike in 2014 when it was considering eight lanes at grade or on a double-decker alignment, it recently agreed to study six-lane and eight-lane at grade options.

Much of the project’s costs are concentrated in the Stadium Interchange, which critics and proponents both agree is the bottleneck under the current freeway configuration. A series of left lane exits and on-ramps cause drivers going different speeds to mix in what is traditionally the fastest-moving lane.

Get a daily rundown of the top stories on Urban Milwaukee
WisDOT is proposing a comprehensive overhaul of the interchange, but one that is nearly identical under both the six- and eight-lane options. The result is both of the options include expanding the corridor’s footprint from 173.1 acres. The six-lane option, with a full Hawley Rd. exit, would occupy 221.8 acres. The eight-lane option would occupy 222.9 acres. It is the same design that was approved in 2016.

Project proponents are endorsing the new design and expansion as a way to alleviate a traffic bottleneck. Project opponents are recommending the highway be maintained at six lanes and the interchange be scaled down, possibly by turning the Wisconsin Highway 175 freeway spur north of the interchange into a boulevard.

The complexity of the interchange would also grow.

Two stoplights would be added to roads in the middle of the three-level interchange to accommodate on-off traffic from the new ramps. Interstate 94 would continue unimpeded on a lower roadway, but traffic going north or south on WI-175 would need to go through the stoplights.

Included in the freeway’s design are new connections to the Hank Aaron State Trail which roughly parallels the freeway through the Menomonee Valley. New connections would be established at N. 44th St., S. 64th St. and W. Greves St.

A pro-expansion group known as I-94 East-West Econ Connect is endorsing the revised plan.

“For motorists who have spent hundreds of hours stuck in traffic on the Interstate between 70th Street and 16th Street over the years, rebuilding the corridor without additional capacity only to have the freeway congested on the day of the ribbon-cutting makes no sense,” said group member and Hispanic Collaborative president Nancy Hernandez in a statement. The group is backed by the Metropolitan Milwaukee Association of Commerce, Near West Side Partners, Menomonee Valley Partners, Waukesha County Business Alliance, NAIOP Wisconsin, Commercial Association of Realtors Wisconsin and a number of trade unions.

An anti-expansion group, known as Citizens for More Responsible Transportation, proposes to rebuild the freeway under what calls “Fix at Six” and invest in a number of parallel-route alternatives including bus rapid transit, commuter rail, bicycle and pedestrian infrastructure.

The expansion proposal is backed by Governor Tony Evers, who relaunched the project last year after it was halted by then-Governor Scott Walker in 2016 for a lack of funding. The Federal Highway Administration rescinded its environmental approval in 2017.

After initially trying to get its 2016 eight-lane environmental plan reapproved, WisDOT agreed to conduct a supplemental environmental impact study after expansion opponents challenged that the existing 946-page study was out of date.

The most recent state budget includes $82 million for design and site preparation work related to the project. A portion of that funding is from federal grants. Additional funding would be needed in the 2023-2025 budget.

The freeway opened to traffic in 1961 and 1962. The Zoo and Marquette interchanges, which anchor each end of the freeway corridor, were rebuilt within the past 15 years.

You can view the exhibits shared at the open house meetings via the WisDOT project website. 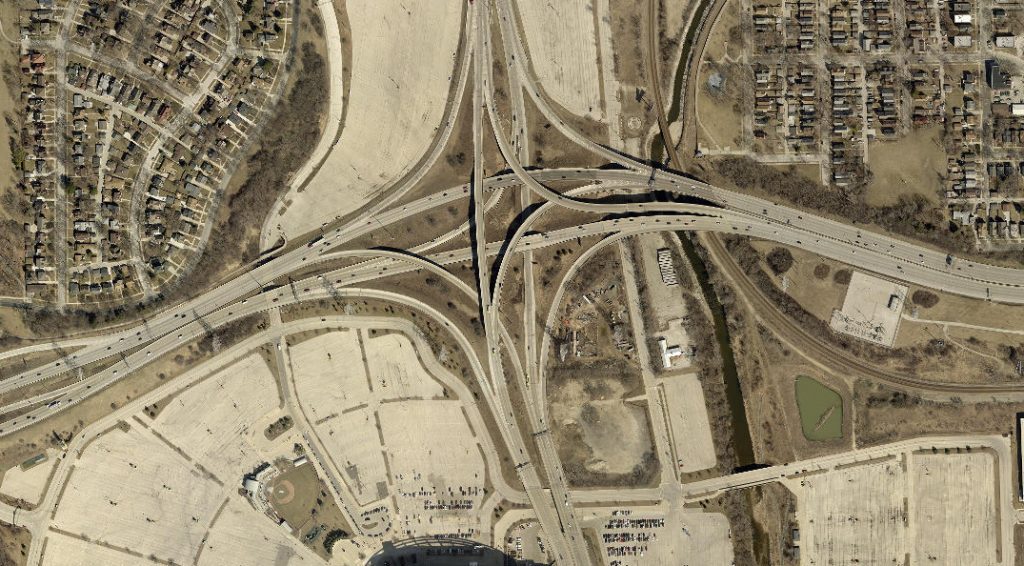 The Interstate 94 Stadium Interchange in 2018. Image from the Milwaukee County Land Information Office. 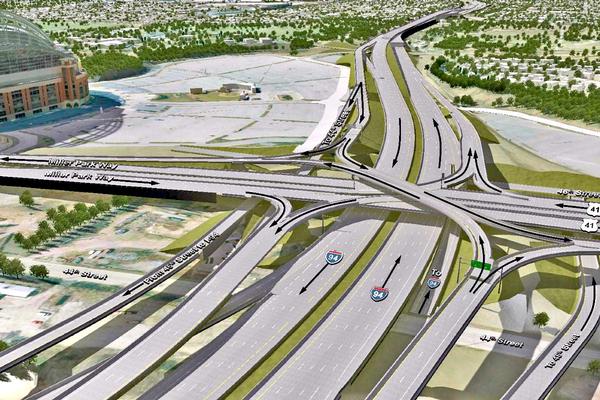