Soon to be home to Tropic bar and restaurant. 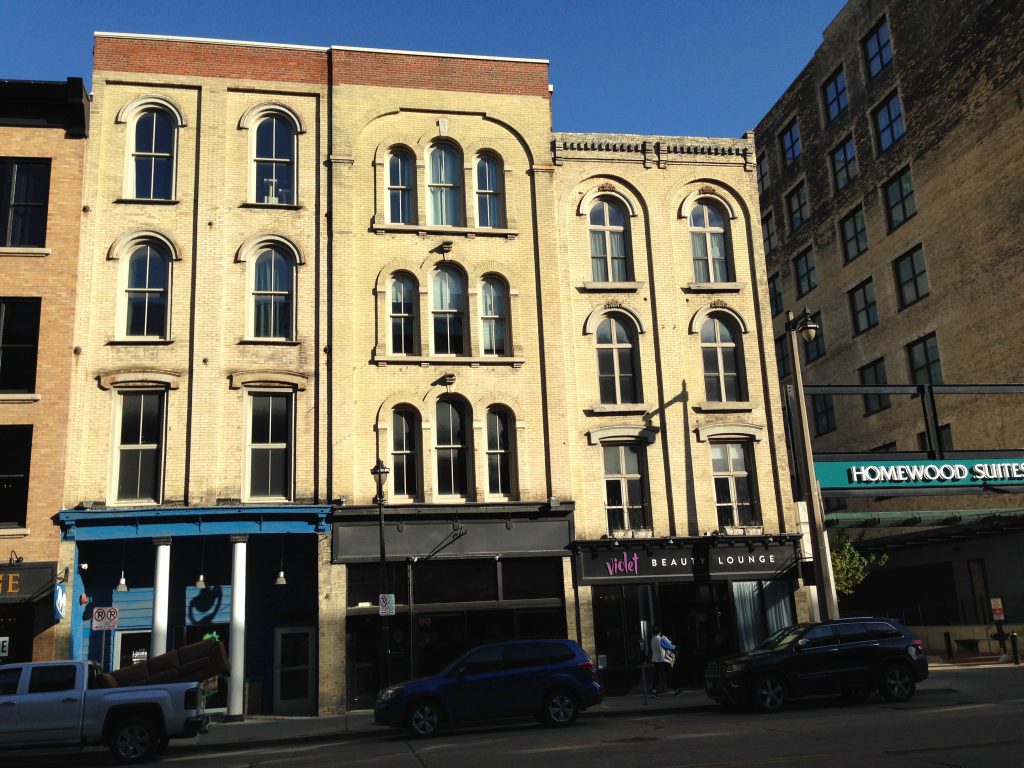 A pair of attached, historic commercial buildings in downtown Milwaukee have a new owner.

The four-story complex, just north of E. Clybourn St., includes 16,592 square feet of space according to city assessment records. It was most recently assessed for $1.19 million.

The first floor of the southern building is poised to house Tropic, a new Jamaican and South Beach-themed bar and restaurant from Hyacinth Nembhardt. We reported on Nembhardt’s proposal in October.

M13 Graphics occupies the northern side of the first floor. A variety of tenant spaces, including apartments, are located above.

Welch bought the building from 518 North Water LLC, a company led by developer Joshua Jeffers. The developer owns the newly-constructed Huron Building on the eastern side of the block as well as both the Mackie and Mitchell buildings on its northern face.

It’s the second time in three years the property was sold. A limited liability company led by retired Badger Meter CEO Rich Meeusen sold the property to Jeffers for $1.4 million in March 2018 after holding it for eight years.