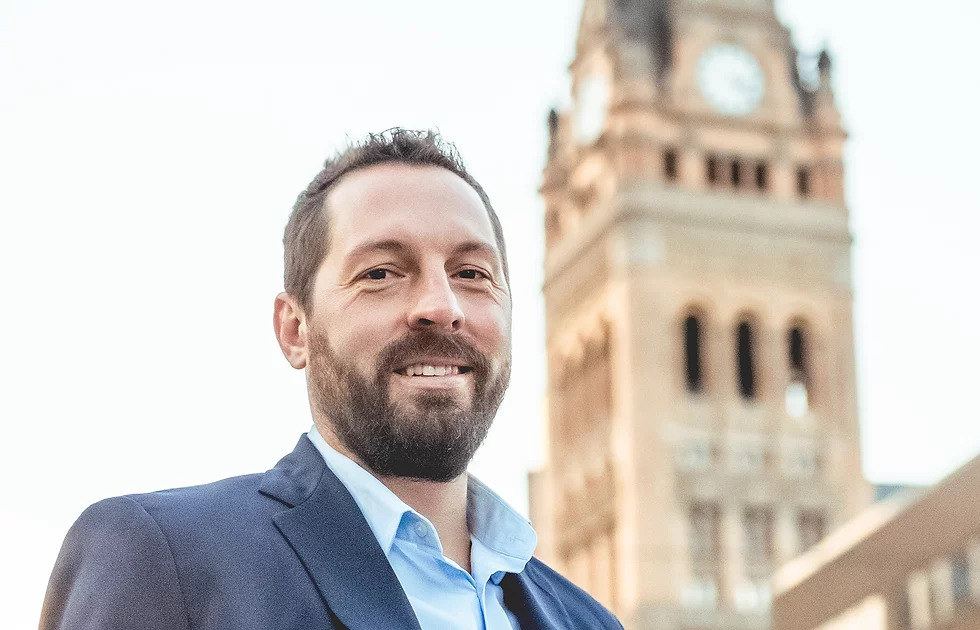 Michael Sampson. Image from the campaign.

“I am excited to announce that I am launching my campaign for Mayor of Milwaukee,” wrote entrepreneur Michael Sampson on Facebook on Tuesday afternoon.

And while he may be launching his campaign with a Facebook post, Sampson actually made his candidacy official on Sept. 28 when he filed to run with the Milwaukee Election Commission.

“I believe the city needs a business minded problem solver who can bridge the divide. I will focus on problems that affect the entire city like population growth, transportation and clean water,” wrote the Halyard Park resident in announcing his campaign.

Sampson, 38, founded Swarmm Events, which in the past decade has grown from organized bar crawls to a wide variety of events including Milwaukee Taco Fest and Milwaukee Oktoberfest. Last month the company announced its events have resulted in more than $150,000 being given to charities.

He’s been involved in management and ownership of a variety of other Milwaukee businesses including The Hive co-working space, Brunch restaurant, the short-lived 1983 Arcade Bar and adjacent Matador Taco and Tequila Bar.

And while he’s never entered a political campaign before, Sampson is no stranger to running. He ran track at UW-Whitewater (where he earned a degree in political science) and, earlier this month, completed the Los Angeles Marathon. The latter endeavor involved carrying an engagement ring with him the entire time and proposing after he crossed the finish line (Kristin Brey, his girlfriend and creator of As Goes Wisconsin, said yes).

The ideas section of Sampson’s campaign website shares three goals for the city. The first is to reach one million residents by attracting and retaining college graduates and businesses while improving K-12 schools. The second is to “make Milwaukee the most walkable and bike friendly city in the nation” by improving bicycle infrastructure, ending “the Milwaukee slide,” regularly trimming trees, bringing back scooters to Downtown, improving traffic patterns, installing traffic cameras, fixing sidewalks promptly and passing a community-approved streetcar plan. The final idea is to replace all of Milwaukee’s lead service lines within a decade without burdening renters, but does not include a mention of other lead poisoning sources.

Get a daily rundown of the top stories on Urban Milwaukee
Should you want to meet Sampson on the campaign trail, stop by SWARMM’s 12 Bars of Christmas on Dec. 11. He’s likely to be one of the hundreds of people donning an ugly Christmas sweater.

President Joe Biden announced Mayor Tom Barrett‘s nomination to serve as U.S. Ambassador to Luxembourg on Aug. 25. A special election would occur to fill the remainder of Barrett’s term, which runs through spring 2024, if and when the U.S. Senate confirms Barrett.

Should Barrett resign by Dec. 28, a primary would be held Feb. 15 and a general election April 5. The position is non-partisan.

Johnson was the first to file for the race. Sheriff Earnell Lucas is also running, as is current alderwoman Marina Dimitrijevic and former alderman Robert Donovan. Other candidates that have filed include activist and former aldermanic candidate Nicholas McVey and Sheila Conley-Patterson.