The Arrogance of Aaron Rodgers

His deceitful, irresponsible handling of COVID-19 protocols has become a political issue. 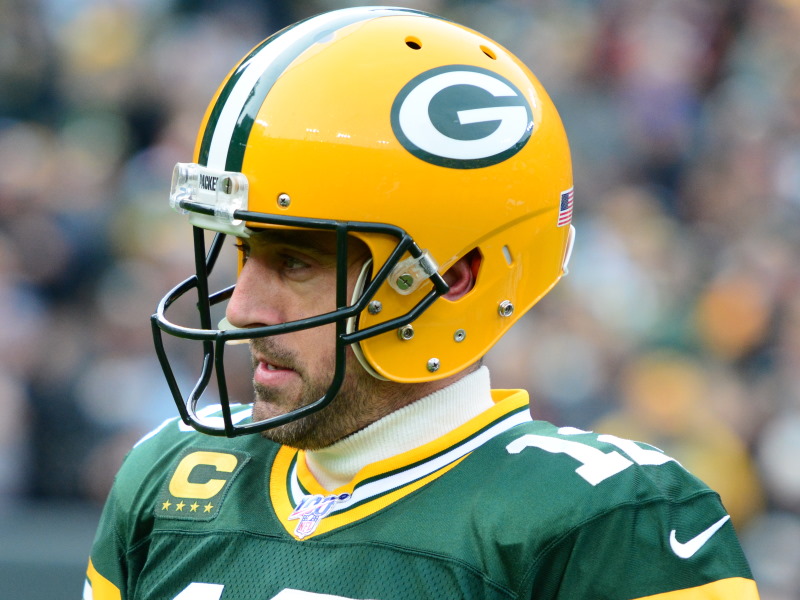 It was Charles Barkley who famously said “I am not a role model,” back when he was a NBA star.

That was untrue then. Sports stars have been role models since the days of Babe Ruth. But it’s even less true today.

NFL stars kneeling during the national anthem’s playing drew attention to police brutality toward Black Americans, as did the later push (led by Milwaukee Bucks players) by the NBA to cancel games to protest police shootings and support the Black Lives Matter movement. And in March 2020, when many politicians and much of the country were not taking the COVID-19 pandemic seriously, that all changed when the NBA suspended its season. The National Hockey League and Major League Soccer did the same the next day and suddenly it was dramatically clear the pandemic was very serious indeed.

While players like Ruth depended on the patronage of sports fans, today even non-fans provide support, as pro teams are heavily subsidized by the taxpayers. The total has been estimated at more than $10 billion, but it is likely much higher, when the value of various tax exemptions are included. In short, all Americans now have a stake in pro sports.

But no team in America is more beholden to its supporters than the Green Bay Packers. The team is community owned and has always depended on its fans, who have over the years bought shares of stock which have no economic value and simply support the team. The nonprofit corporation has 360,760 stockholders, who own 5,011,558 shares of stock. There have been five stock sales, in 1923, 1935, 1950, 1997, and 2011. The last, with shares going for $250, raised more than $64 million.

Which helps support the team and its players, including quarterback Aaron Rodgers, who has a four-year, $134 million deal, but has reportedly demanded a new contract paying him $45 million per year. Rodgers famously balked at returning to the team this year, criticizing the Packers for not involving him enough in player personnel decisions. That divided fans and media, with some supportive and others suggesting Rodgers was a prima donna.

Certainly his response to the COVID-19 pandemic suggests Rodgers doesn’t believe the rules apply to him. The NFL Players Union, along with a host of executives and members of management, has urged players to get vaccinated. And an estimated 94% of players and nearly 100% of NFL personnel have been vaccinated.

Get a daily rundown of the top stories on Urban Milwaukee
But Rodgers doesn’t feel he needs to be vaccinated — or to tell the truth about it. When asked by the media in the pre-season whether he had been vaccinated, Rodgers said “Yeah, I’ve been immunized.”

That ‘immunization’ consisted of him taking such things as zinc, vitamin C and ivermectin, the de-worming pill mostly used for horses (though there are human applications) and which has no efficacy against COVID-19, though it has been championed by Wisconsin’s U.S. Senator Ron Johnson.

Rodgers blamed a media “witch hunt’ and the “cancel culture” for questioning players whether they have been vaccinated, but the league he works for requires players to either be vaccinated or wear a mask.

Rodgers’ interview with radio host Pat McAfee, which was intended to set the record straight, instead raised even more questions. Rodgers said he did not get vaccinated because he has an allergy to an ingredient in the Moderna and Pfizer vaccines but never explained what that ingredient was (and statistics show allergic reactions to vaccines are very rare). He said he was scared about the possible side effects from the Johnson & Johnson vaccine, which the CDC “paused,” because of possibly causing blood clots, but the CDC lifted the pause after 10 days and has since reported after 15.5 million J&J shots have been administered that there’s a minuscule chance of getting blood clots from the vaccine. Rodgers talked about having a “medical team” advising him, but hasn’t disclosed who these people were. He did say he sought advice from anti-vaxxer podcaster Joe Rogan, whose approach to COVID-19 ended in Rogan getting the disease.

Rodgers claimed an NFL doctor told him, “it is impossible for a vaccinated person to get Covid or spread Covid,” which apparently meant anyone vaccinated had nothing to fear from him. But if he believed the vaccine was so foolproof, why wouldn’t he get vaccinated?

The statement appears to be another untruth by Rodgers: League sources told CNN that “no doctor from the league or the joint NFL-NFLPA infectious disease consultants communicated with the player.” And no credible medical expert has claimed a vaccinated person can’t get Covid.

Rodgers is not the only quarterback who hasn’t been vaccinated, but the only one we know of who lied about it. As NFL commentator and former quarterback Terry Bradshaw put it:  “You lied to everyone. …We are a divided nation politically. We are a divided nation on the COVID-19 whether or not to take the vaccine. And I’m extremely disappointed in the actions of Aaron Rodgers.”

Under the NFL rules, players who have not been vaccinated must follow draconian rules: they must wear face masks at all times while at the team’s facilities, aren’t allowed to use the sauna or steam room, and must have a locker six feet from other players. They cannot do any media or marketing opportunities when traveling or have any outside interactions with people on the road who are not affiliated with their respective team.

Packers coach Matt LaFleur claims the team has observed all Covid protocols, but we’ve all seen Rodgers during interviews with individual journalists and at press conferences where he wasn’t wearing a mask. There are other reports of him appearing in public without a mask, violating the NFL protocols.

And even if Rodgers had followed all the rules, being unvaccinated in the huddle put his players at risk. One wonders, is that why the team’s top receiver Davante Adams tested positive for Covid?

As NFL commentator and former player Howie Long put it: “Possibly putting your teammates in jeopardy is selfish… It ceases to be a personal decision when you take part in being part of a football team in a building with coaches, players, trainers, equipment managers.”

The old saw is there is no “I” in team. The Bucks remarkably modest superstar Giannis Antetokounmpo exemplifies that spirit. So did Rodgers’ predecessor at Packers quarterback, Brett Favre, who never displayed facial expressions condemning a receiver for making an error, something Rodgers does all the time.

Perhaps the most devastating take on Rodgers was a column by former NBA player Kareem Abdul-Jabbar, who was the top player on Milwaukee’s first NBA championship.

“According to a Kaiser Family Foundation study, children 10-17 years old admire famous athletes second (73 percent) only to their parents (92 percent). That’s a sacred trust not to be abused,” Abdul-Jabbar wrote. And Rodgers was an “egregious abuser” of that trust, he charged.

‘I can’t help but think of [former quarterback] Colin Kaepernick, who was blacklisted by the NFL for passively expressing his frustration with systemic racism—a brave act meant to help his community and save lives—while multi-millionaire Rodgers will continue to play, despite lying to the fans and his teammates and putting innocent lives in danger. Time will tell whether Rodgers will be judged by the content of his character or the strength of his throwing arm.”

10 thoughts on “Murphy’s Law: The Arrogance of Aaron Rodgers”