Tom Nelson is dark horse in Democratic primary for U.S. Senate. But don’t count him out. 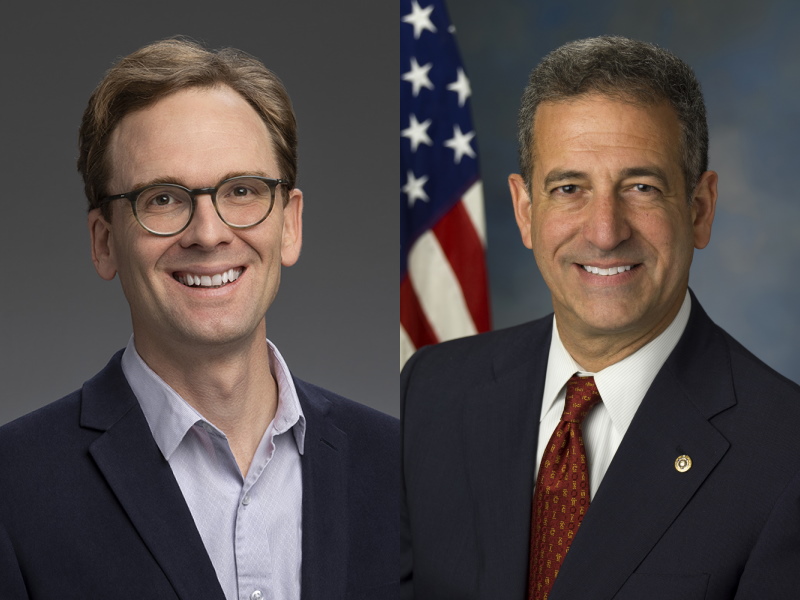 Tom Nelson is a long-shot to win the Democratic nomination for U.S. Senate. So was Russ Feingold back in 1992. Nelson is running for Feingold’s old seat, which has been sullied (that’s a kind word) by Ron Johnson.

There are something like a dozen people running for the nomination, but right now there are four clear top contenders. Lt. Gov. Mandela Barnes feels like the front runner with State Treasurer Sarah Godlewski a distant second and Milwaukee Bucks exec Alex Lasry in there somewhere. Outagamie County Executive Nelson feels like he’s running third to me, but others would place him behind Lasry. In any event, if it’s my read that Godlweski is a distant second that would put anybody in third or fourth place more distant still.

Nelson may feel like he’s got ’em right where he wants ’em.

There are lots of similarities behind Feingold’s improbable and inspiring campaign three decades ago and what Nelson’s got going now.

For one thing, both are underdogs. Nobody gave Feingold a chance in ’92 because for most of the campaign he was running a distant third behind better known and much better financed candidates in Congressman Jim Moody and businessman Joe Checota.

Nelson and Feingold also have similar resumes. Both have a folksy style that masks impressive resumes. Feingold was a Rhodes Scholar while Nelson has a graduate degree from Princeton.

Both are from neither Madison nor Milwaukee — an advantage in a general election. Feingold touted his Janesville roots and he was a state senator from Middleton. If voters didn’t realize that Middleton was a Madison suburb, Feingold made no effort to get the word out. Nelson lives in Appleton.

Neither man, trying to gain entrance into the world’s most exclusive club, is rich. Feingold was the poorest person in the Senate, listing his house as his biggest asset. Nelson isn’t shy about reminding voters that he’s the son of a Lutheran minister who worked his way through school, and not a billionaire (Lasry) or even a millionaire (Godlewski).

Both have a sense of humor. Feingold’s fun and funny commercials were legendary. In one an Elvis Presley impersonator endorsed his candidacy. (The real Elvis, being dead at least according to some accounts, made no endorsement.) Nelson has produced a series of quirky, low budget (well, as far as I can tell no budget) videos. In one he tries to sell his kids old toys to raise money for the campaign. In another he visits all the places where he worked as a kid or getting himself through school. At one place he opines about a job he had clearing tables at a supper club for minimum wage: “What a bunch of bull crap.”

Both make it a point of getting outside of the big Democratic vote centers. Feingold visited every county every year. Nelson just completed his first swing through every one of the state’s 72 counties.

Both have something of a reputation for being cheap in a Bill Proxmire sort of way. Those quirky, no budget videos of Nelson’s are indicative. He recently told the Cap Times that he’s spending virtually no money in his campaign so far, saving it for when it really matters. Wisconsinites love a candidate who pinches pennies.

Both staked out progressive, somewhat populist, positions. Nelson has been upfront about his support for Medicare for All, the Green New Deal and a $15 minimum wage. He says that progressives should stick by their $3.5 trillion social safety net and climate spending plan. I don’t agree with all those positions, but they’re overwhelmingly popular with Democratic primary voters.

Now of course Feingold needed help to make it through. Moody and Checota hated one another and they spent most of the campaign and most of their money on TV ads beating the bejesus out of the other guy. Voters were so repulsed by it that they turned to the upbeat Feingold.

That may well happen again this time. Lasry will have unlimited resources and Godlweski will be no piker in terms of personal money to pour into her campaign as well. Barnes isn’t wealthy, but he’s raising a lot of money. At some point Godlewski and Lasry are going to realize that their only chance is to pull down the front runner by a few rungs and Barnes may feel compelled to respond in kind. Even if Nelson was inclined to go negative, he won’t have the resources. He’ll need to spend what he’s got on introducing himself to voters. And he’s unlikely to have third parties in his corner to do it for him.

And there’s one more similarity. In 1992 Democrats just despised incumbent Republican Sen. Bob Kasten. Above all they wanted a nominee who could win. There’s no question in my mind that, if he could make it through the primary, Nelson would have the best chance of beating Ron Johnson or whoever the GOP puts up. That’s mostly because any Democrat will get tons of votes out of Dane and Milwaukee counties. In a close race, the difference will be made up outside of those two places and Nelson already wins in a red part of the state.

So, right now I’d say Tom Nelson is running a distant third or maybe even fourth. Maybe he really does have ’em right where he wants ’em.