Mitchell Street Is A Diverse Mix of Cultures

The one-time ‘Polish Grand Avenue’ has many stories to tell. 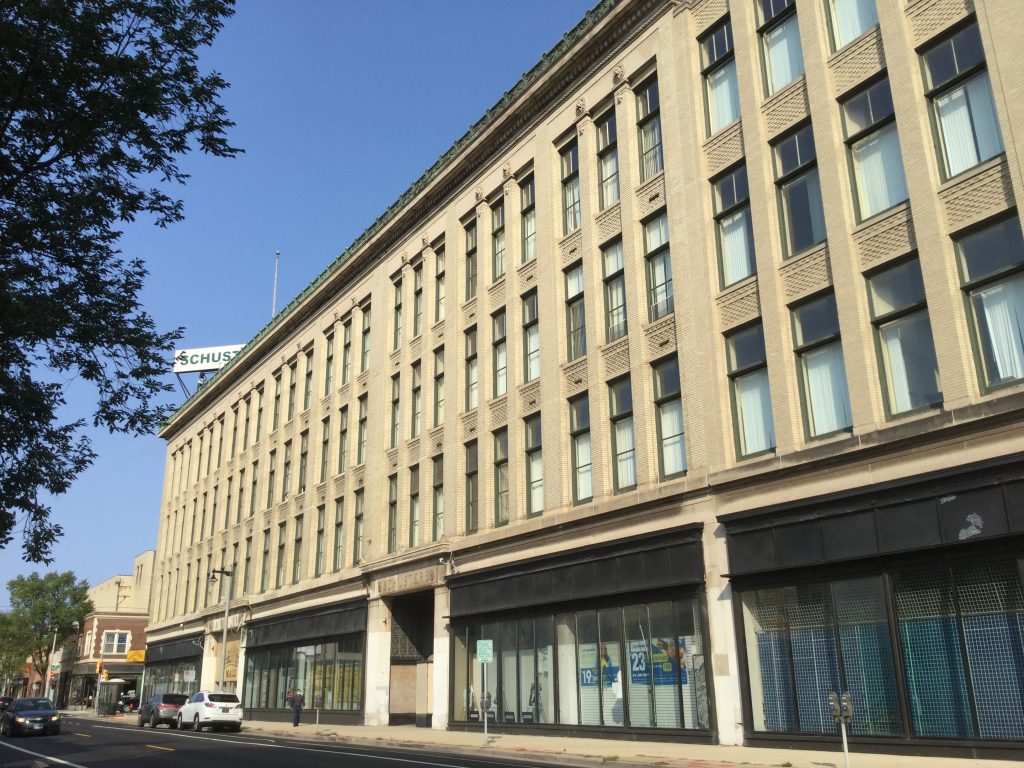 Distance: One mile.
Starts: At the corner of W. Historic Mitchell Street and S. 5th Street
Parking: On the street, metered.

Alexander Mitchell subdivided his property on Milwaukee’s South Side and named the main thoroughfare after himself. Mitchell came to Milwaukee in 1839 from Scotland at 21 and soon thrived as a banker, railroad executive, and congressman. In 1848, after he acquired considerable wealth, he took some of his new money to Wisconsin Avenue where he built the elaborate Mitchell mansion at 900 W. Wisconsin Ave., now occupied by the Wisconsin Club. In the 1870s, Mitchell became famous as the “Railroad king of the world.”

His namesake street, now Historic Mitchell Street, was settled by economically devastated Poles who arrived in the late 1800s looking for entry level jobs in industry. It was a time when the street was young, filled with the hopes and dreams of the newly arrived immigrants. In its glory days, Mitchell Street, lined with trees, homes, and small businesses, was known as Polish Grand Avenue.

In the early 1900s, Hispanics who had settled in Walker’s Point, began moving west into the Mitchell Street area. It was a seamless transition as the Mexicans and the Poles shared many values including their strong Catholic faith, the Madonna, polka music, and close families. There was one difference; the Mexicans worshipped Our Lady of Guadalupe; the Poles revered Our Lady of Czestochowa.

In the late 1800s, electric trolleys linked the South Side with Milwaukee’s Downtown, which further encouraged development on Mitchell Street. At a nickel a ride, the trolley was convenient and cheap. As Robert Wells wrote in This is Milwaukee, “The new trolleys made it possible to go from the North Western Station on the lake to the western city limits and back in less than an hour which the Journal described as sliding through the city ‘Like a greased pig through a lasso.’”

In 1937, when the “Trackless Trolley,” aka the bus, begin to replace streetcars, more people came to Mitchell, now a bustle of entrepreneurial activity. Seven “soft drink” establishments, most of them speakeasies, became popular during Prohibition.

Today, Mitchell Street has empty storefronts that cry out for redevelopment. In late 2020, Urban Milwaukee reported plans to rehabilitate a pair of side-by-side buildings in the 700 block, formerly occupied by Bilt-Rite furniture and a movie theater. On the east side of the building, the renovation revealed an Art Moderne façade with high circular windows by esteemed architect George Zagel. At the time, plans for the space included an art gallery and a coffee shop.

Although it’s no longer the Polish Grand Avenue, Mitchell Street and the surrounding neighborhood continues to boast a diverse mix of Hispanics, Polish, Asians, Pakistanis, and many immigrants from the Middle East. It remains a street of shops, just not as grand.

To explore Mitchell Street, start walking at 5th Street where the majestic St. Stanislaus anchors the east end of the shopping district. The church, completed in 1872, was the first Polish parish in Milwaukee, a visual landmark on the South Side, known for its twin spires with their twin clocks topped with golden domes. This pair of domes represented God and Country to the Polish immigrants who mortgaged their homes to build their Cream City brick church trimmed with limestone.

As you walk west from 5th Street on the north side of the street, you will come to Los Palmos Western Wear, Tony’s Pizza, Dutti Fashion, and the late Kunzelmann-Esser Co, “The House of Quality Furniture,” eight floors of household furnishings. Now the ground floor houses Mitchell Street Dental and the rest of this once elegant retail establishment has been converted to loft apartments.

In the next block at Dulceria Alice, you can purchase party supplies and all varieties of sweets, while next door at Ultimate Home Furniture, you can peruse a watered-down version of the former Kunzelmann-Esser Co.

The library at 9th and Mitchell, the largest of Milwaukee library branches, is a multi-use building that also houses 60 apartments and eight townhouses. Some may recall the Hill’s Building at that same address, home to the department store of the same name. Thanks to its historic significance, the building was renovated and now the Mitchell Street Branch Library, opened in 2017, occupies the first floor of this five-story building.

Next to the library, the Gerald L. Ignace Indian Health Center occupies the former Goldman’s, the heart of shopping on Mitchell Street from 1896 until it closed in 2007. This was where ladies purchased girdles, cotton dusters, and treated themselves to a slice of coconut cream pie at the lunch counter.

At 1030, the Mitchell Mall inhabits the former Schuster’s Department Store known for initiating the first trading stamps in 1891, their Christmas Parade, and the phrase, “Let’s go by Schuster’s where the streetcar bends the corner round.”

Just past Lopez, Kiddy Land sells religious artifacts and fancy dresses suitable for a young woman’s quinceanera, a traditional celebration for a girl’s 15th birthday to mark her transition from childhood to adulthood.

Cross Mitchell at the mural at 12th Street and return on the south side. Note the Family Dollar store that fills the block, formerly “Bridal Row,” where seven bridal shops, all gone now, competed for the same customers.

At 1041, the elegant stone and brick Mitchell Bank, founded in 1907 by a group of local businessmen, serves the banking needs of the community. In its early years, the bank helped many Polish immigrants buy their first home or start a business.

At 1011 and 1023, two grocery stores, Garden of Eden and AP Food sell international groceries including Halal meat and Muslim clothes.

It took nine years to build St. Anthony’s Roman Catholic Church at the corner of Mitchell and 9th. This church, built of stone, is famous for its interior artwork, especially the carved wooden alters.

In the next block, Damascus Gate, owned by Syrian refugees, serves a delectable variety of Mediterranean and Middle Eastern dishes. In the 700 block, Anmol restaurant offers traditional Pakistani and Indian dishes, or, if you are an adventurous cook, you can buy the ingredients next door at the Pakistani/Indian grocery store.

Mitchell Street may not be what it was in its golden years, but is remain a unique part of the city, still serving so many people and ripe for a renaissance. 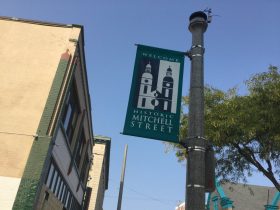 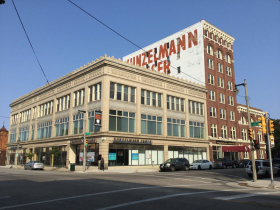 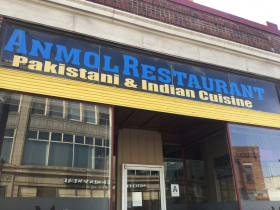 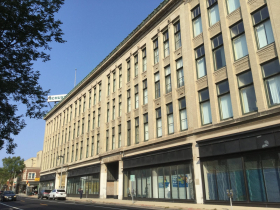 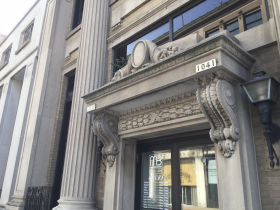 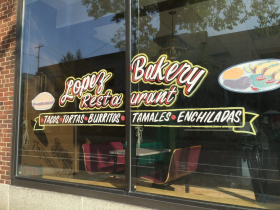 One thought on “Milwaukee Walks: Mitchell Street Is A Diverse Mix of Cultures”