Is Third Time The Charm for Red Light Cameras? 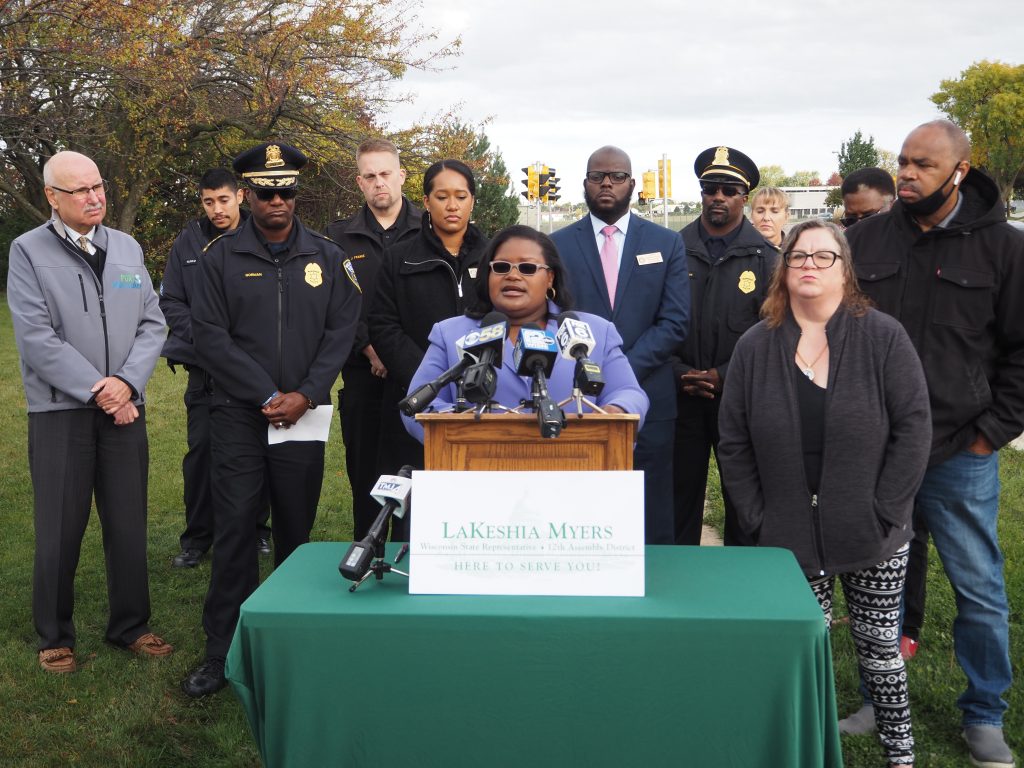 A pending proposal before the Wisconsin State Legislature would allow the City of Milwaukee to deploy up to 75 traffic enforcement cameras. It’s a tool a growing number of individuals believe would help combat reckless driving.

“We are here today because reckless driving has become an issue across the state, but I would say and argue that it has become endemic in the city of Milwaukee,” said Representative LaKeshia Myers, the bill’s lead sponsor, at a press conference Friday morning at the intersection of N. 92nd St. and W. Hampton Ave. “It has become commonplace to see cars running red lights, stop signs and weaving in and out of traffic for no good reason. This has translated into an increased number of traffic-related deaths and grave danger.”

The proposal would allow a camera system to be used to issue tickets, based on rear license plates, for vehicles running red lights or speeding in excess of 20 miles per hour over posted limits.

It’s the third time in five years the bill, the Safe Roads Save Lives Act, has been introduced. “The [act] would allow the City of Milwaukee to utilize automated speed enforcement to curb reckless driving. That means quite frankly, red light cameras, that’s what we want,” said Myers.

“Please let me be clear, I am not saying red light cameras are a panacea,” said Myers. “This is not going to eliminate reckless driving altogether.”

She said they would serve as a tool to free up police resources. “They can focus on other things and catch people that are driving erratically and make sure they are using resources,” said Myers. “This is a tool that can help us help ourselves in the city of Milwaukee.”

“We understand this is not an all encompassing tool,” said Acting Police Chief Jeffrey Norman. “We are asking the support of the community for this necessary tool.”

Norman said the tool helped support the enforcement component of curbing reckless driving. Engineering and education would also be needed.

“We have to do whatever it takes to curb reckless driving,” said activist Tracey Dent. “At the same time, we also have to help our young people.”

Get a daily rundown of the top stories on Urban Milwaukee
“I 1,000% support this piece of legislation,” said Dent.

Myers was joined at the event by representatives Kalan Haywood, Dora Drake and Supreme Moore Omokunde as well as Alderman Mark Borkowski and a lieutenant from the Milwaukee County Sheriff‘s Office.

She acknowledged that the proposal wouldn’t work for stolen vehicles. “This is the first step, there will be others,” said Myers.

The bill was previously introduced twice by then-Rep. David Crowley. “I hope the third time’s the charm,” said Myers of the now-Milwaukee County Executive‘s past proposals.

Myers said she thought Assembly Speaker Robin Vos would sign off on the proposal.

It is being co-sponsored by senators LaTonya Johnson (D-Milwaukee) and Kathy Bernier (R-Chippewa Falls) as well as Representative Todd Novak (R-Dodgeville).

The legislation would allow up to 75 cameras in the City of Milwaukee, but only five per aldermanic district. “We are trying to make this equitable,” said Myers. “When people talk about red light cameras, I say it’s voluntary. You don’t have to run a red light and you won’t get a ticket.”

Myers said the proposal was crafted to avoid issues that have challenged other states and cities, including bribing public officials for contracts as well as issuing tickets for speed as low as five miles per hour over the limit.

“Trust and believe I am not in bed with a red light company,” said Myers. “This is the same exact legislation as it was before, we didn’t change anything. We are focusing on making sure we get it passed.” As such, the authorization would expire after five years.

The bill would allow automated enforcement at speeds in excess of 20 miles per hour over the posted speed limit. A police officer would be required to review each citation before it was issued and the city would need to post the location of each camera. Exemptions are included for vehicles that are stolen and for individuals who have lent their vehicles to others (and for which the borrower admits fault).

A 1995 state law prohibits the use of photo radar speed detection in the enforcement of traffic laws.

In written testimony on the 2019 bill, Americans for Prosperity Wisconsin said “the only thing [the bill] will accomplish is allowing the city of Milwaukee to levy an unapproved tax increase on its residents through these traffic cameras as a revenue source.” While advocates have talked about saving lives by preventing collisions, AFP said it would increase the number of rear-ending collisions.

A U.S. Department of Transportation study of seven camera enforcement implementations found that injury-causing crashes were reduced as part of the camera’s deployment.

The last proposal passed out of committee, but died amidst the pandemic. 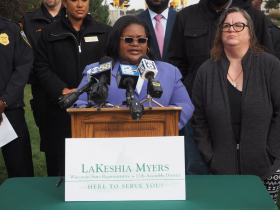 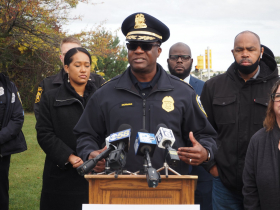 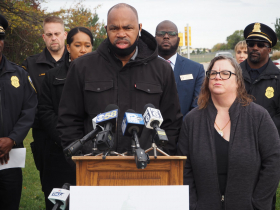 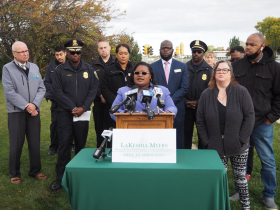 9 thoughts on “Is Third Time The Charm for Red Light Cameras?”