Building permit expired in 2020. Meanwhile, the former county executive plans renovations to his other mansion. 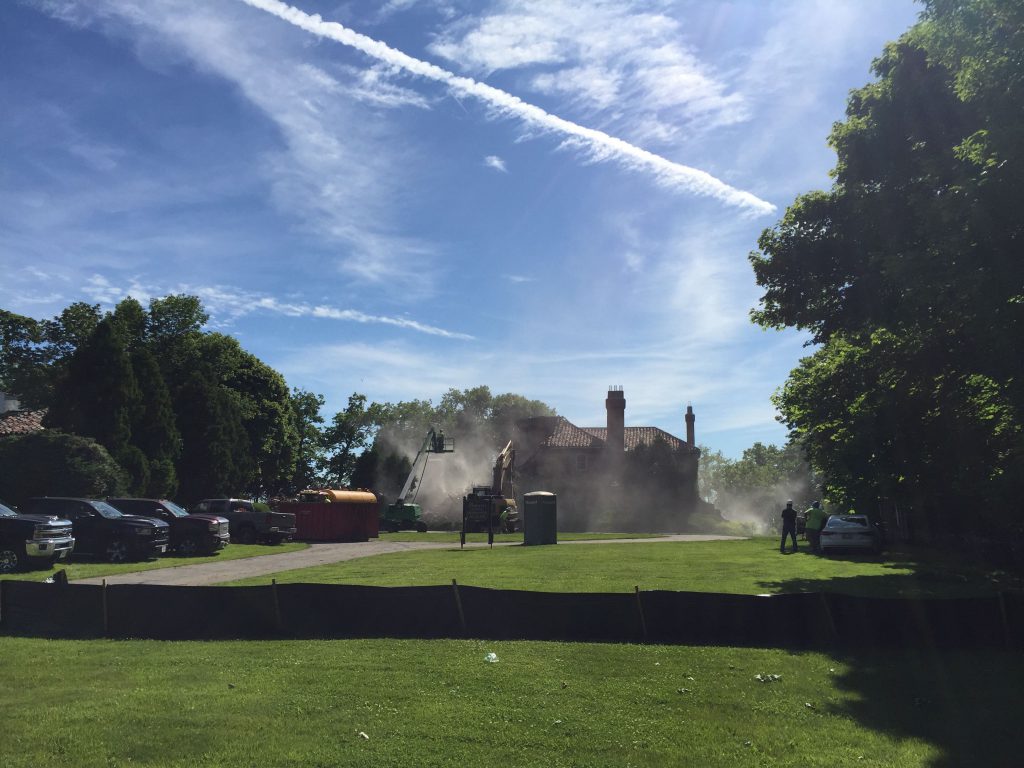 In November 2018, then-County Executive Chris Abele spent $2.6 million to buy a historic 9,762-square foot Eschweiler-designed lakefront mansion on Lake Drive in Shorewood, with the intent, he said, of living in the community. The 1927 home had three fireplaces, eight bedrooms, five full- and two half-baths. Although the finishes were elegant and of the highest quality, as befitting a home built for the Uihlein family, its infrastructure was antiquated and in need of considerable repair and updates.

By May of 2019, Abele created a stir in the village when he announced his plans to tear the entire structure down, and to construct a 17,000-square foot mansion in its place. He applied for a demolition permit on May 30. By that time he had already begun dismantling the interior, with its effects being donated to Habitat for Humanity, as I reported at the time. Despite last-minute efforts to save the building, which was not protected with a historic designation, the permit was issued and the home was razed that summer.

Abele then proceeded with his plans for a lavish new home, that would certainly be the most expensive one in the metropolitan area.

Building permit #P20-0001 was issued on Jan. 14, 2020 calling for construction of a $9,280,650 home designed by Chicago-based Northworks Architects, and things seemed to be progressing, at least on the official front.

But today, nearly three years after he bought the home, no construction has occurred and the permit has been canceled.

According to Bart Griepentrog, AICP, CNU-A, Planning & Development Director for Shorewood in a message sent to me:

The building permit for this project expired on 12/31/20. Should Mr. Abele wish to proceed, new permits would need to be issued.  For reference, building permits in Shorewood expire in four months, if progress is not shown, construction has not commenced or if the applicant has not communicated need for extension.

Mr. Griepentrog should not hover by the mailbox expecting a new building application to be filed — at least not by Abele, it appears. It seems that the former County Executive has other plans, involving a different Lake Drive Uihlein mansion — this one in the City of Milwaukee — in a home that he has owned for more than a decade.

He lived in the Kirchhoff & Rose-designed home with his first wife Dacy Abele, prior to their 2006 divorce, and later with his second wife Miriam, before moving to The Moderne with the then-Jennifer Gonda, now his current wife, during the period of his second divorce in 2017. Miriam Abele and their three daughters have since moved to the Village of River Hills.

Last month the City of Milwaukee Historic Preservation Commission added to its agenda an application asking the members to approve a “Resolution relating to a Certificate of Appropriateness for masonry, ironwork, and roof repairs at 3319 N. Lake Drive, in the North Lake Drive Estates Historic District, for Chris and Jennifer Abele.”

According to the application, which was signed by Abele on Aug. 18th, Dave North Roofing will undertake roof and gutter repair; Holton Brothers will repair and repoint brick walls and the chimney, while Bighorn Forge will restore the original Cyril Colnik gate and front door, including reproducing a rosette on the gate from an original, and using it to “replace an original one that came off at some point.”

The application goes on to say, “there is no new construction involved.”

These are not the sorts of improvements one makes to a residence to dress it up for sale, but are rather substantive matters requiring skill and professionalism undertaken at a high degree of expertise. As the application notes, “Both Holton and North have done work on the house before, and Dan [Nauman] at Bighorn is very experienced with Cyril Colnik restoration.”

In other words, these improvements are the kinds of things that a wealthy owner-occupant would make to an old building where he intends to reside.

The Historic Preservation Commission is scheduled to consider the application at a virtual meeting on Oct. 11 at 3 p.m.

Abele did not immediately respond to a request for comment.