The 27 Bedrooms of Chris Abele

New Shorewood manse gives him three places worth $8.2 million, though one may be sold. 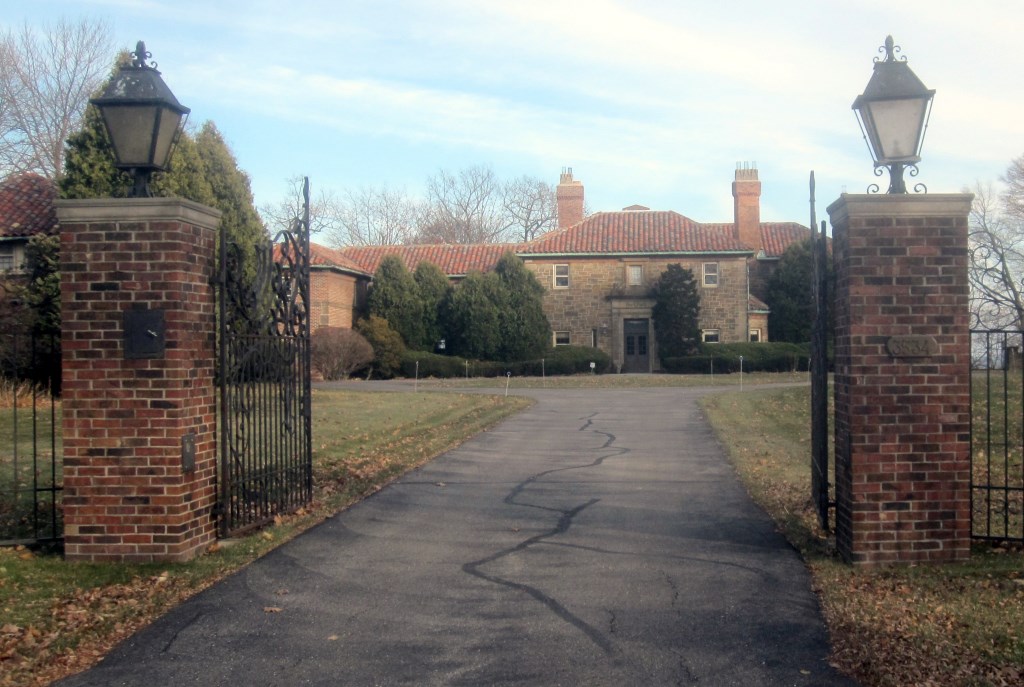 With his November purchase of a lakefront Shorewood mansion for $2,600,000, County Executive Chris Abele has expanded his home inventory to three. Abele’s domains include some 27 bedrooms, although to be sure some of them are located up in the rafters off of the servants’ steep, narrow and creaky stairway, not the wide, languorous and marble, main stairs. Likewise, his 20 bathrooms range from luxe to serviceable.

The Abele residences are assessed, in aggregate, at $8,251,000. The property tax bills should be in Abele’s mailboxes by now; they total $218,961.44, with the first payment due January 31st, should he elect to pay in installments. Now where did I leave the checkbook? I know it was in the library, but in which home?

Sweeping staircases with broad treads and low risers were a trademark of Alexander Chadbourne Eschweiler (1865-1940), a Milwaukee architect who constructed some of the finest homes in this city in the first third of the 20th century, including Abele’s new digs, which date to 1927. One did not climb an Eschweiler grand staircase; one ascended by floating up the stairs, while one’s descent was gradual — stately and grand — should guests be awaiting below, and an entrance must be made.

This home, which was featured in the 2012 Historic Milwaukee Inc. “Spaces and Traces” tour, was built for Dr. Charles E. Albright and his wife Laura Uihlein Albright (1877-1967), an heiress to the Schlitz Brewing Co. fortune. Although trained as a medical doctor, Albright worked for the Northwestern Mutual Life Insurance Co. as its assistant Medical Director and as a salesman.

His success was remarkable. For thirty years, from 1906-1935, when he took himself out of competition, Doc Albright was the national sales leader of the Milwaukee-based financial colossus. Albright also served on many boards of directors, including the First Wisconsin National Bank and the First Wisconsin Trust Co. He died, at 79, in 1946. The Albright family knew tragedy. A son walked in front of a train in Oconomowoc, causing his death. A daughter, Lorraine Albright Flint was mentally unstable, and often institutionalized; her son Charles Flint grew up here with his grandparents, later buying the house across the street, where his widow lives today. (See House Confidential: “Shorewood’s Mystery Mansion” by Michael Horne, August 2013.) Another daughter, Marion Albright Tallmadge died in a 1958 house fire in Oconomowoc, under mysterious circumstances. Some believe it was set by her son, Walter David Tallmadge, who died in his eighties on October 20th 2017 after decades spent in prison in California for sexually abusing his minor daughter and her friends. He was buried this April next to his mother.

So, there may be a few ghosts lurking in the halls of the new Abele mansion, imbuing Lake Drive with a touch of the drama of Sunset Boulevard. Never mind, just head to one of the three fireplaces and warm up in the glow. An open hearth might indeed be the best way to warm this 9,762-square-foot monster, since according to the records of the Village of Shorewood Assessor, the home is heated by oil! This anachronism, which requires a truck to deliver fuel — and you better have your cash in hand when it gets there — has largely been supplanted by natural gas elsewhere.

This is illustrative of a problem with old mansions built at a time when there was a servant class to keep them running. Although the grand rooms are very grand indeed, the behind-the-scenes stuff can be the most troublesome. Plaster might crack, plumbing might leak, fuses might blow and any manner of 90-year-old mechanical equipment might go on the fritz at any time. In fact, it is guaranteed. If the windows are original, they are inefficient. If new, they will be tight, yet likely unattractive. The guest house above the garage, with its separate address and driveway, could probably use a fixing. The iron fence that separates the home from the street could certainly use a paint job.

With all of these vexatious projects likely ahead, Abele should consider himself lucky to have a getaway or two for when the sawdust flies.

Abele’s other Lake Drive mansion, just blocks to the south, although in the City of Milwaukee and not on the lakefront, was also built for an Uihlein family member. According to a report in the Milwaukee Journal Sentinel, the home is listed for sale, but it does not appear in the usual real estate sources as being so. Abele also owns a downtown condo. 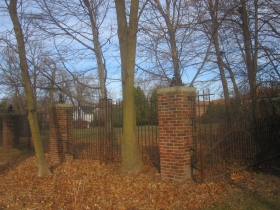 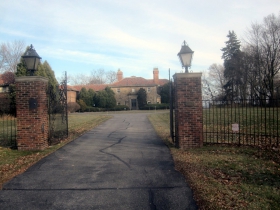 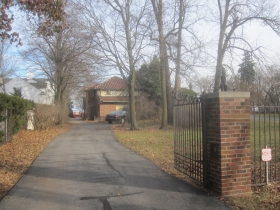