The County Executive calls the largest house in Milwaukee home.

They say a man’s home is his castle, and Chris Abele’s house is about the most literal definition of that in the city. Abele’s upper East Side home, which the assessor’s office qualifies as a mansion, is the largest home in the city of Milwaukee. About half of the 46,675 square-foot property is surrounded by an elegant brick fence. All told, the property features three buildings (10,743 sq ft, 1,429 sq ft, and 1,132 sq ft) and a 1,119 square-foot attached garage. But because the home is set back, fenced, and well-wooded, it feels elegant and anything but gaudy. Sure, it has six fireplaces and five full bathrooms, but compared to the over-the-top McMansions of today, this place wears its money quietly. A classic example: the garage, we’ve heard, once had a Gatsby-esque feature, a turntable built decades ago that automatically turned the car to face forward after you parked it, so it was ready to drive out when you return. Abele says he, too, has heard the story, but if there was a turntable, it’s been buried by a more modern concrete floor. Too bad.

Before writing the column, I had no clue what to expect for a walk score in the area east of UW-Milwaukee. The area features a consistent street grid, access to a fair number of bus lines, and with the exception of Abele’s home and a few others, rather small yards considering the size of many homes in the area. On the other hand, it’s less walkable as to retail: businesses in the area are clustered either on Oakland Ave on the other side of campus, or on Downer Ave, which is a number of blocks south. Ultimately, I would have guessed something a bit higher than its rating of 48. It’s a very walkable neighborhood, with sidewalks on every street, attractive, stately homes, and a good canopy of street trees — nearly the opposite of previously profiled Scott Skiles’ Mequon subdivision.

Fun Fact: Abele shares a fence line with personal injury attorney Michael Hupy, and the two had a dust-up where Abele infamously tossed a firework over the fence a few days after July 4th in 2006. As far as I’m concerned the incident was overblown during Abele’s initial campaign for County Executive. One former Illinois resident noted to me shortly after the story broke that it was “totally a Wisconsin thing to do,” removing any doubt in his mind that Abele hadn’t assimilated to local culture.

How Milwaukee Is It? The house is 3.7 miles from Milwaukee City Hall

Chris Abele has been Milwaukee County Executive since 2010. Although that was his first run for office, he’s far from a political novice. His work leading the Argosy Foundation forced him to have a strong understanding of Milwaukee politics, but beyond that Abele also seems to have a genuine interest in politics. He befriended Tom Barrett long before either took the top executive positions in Milwaukee. That friendship has yet to pay dividends for the citizens of Milwaukee (they unfortunately couldn’t fit a square peg in a round hole with the attempt to woo Kohl’s downtown), but it has ended the typical tension that exists between mayor and county exec in Milwaukee.

Despite having a reputation for leaning left before taking office, Abele has shown a fiercely independent streak. He nixed a public art project at the Milwaukee County Courthouse, has opposed raising property taxes, and is almost certain to veto a proposed referendum on the Citizen’s United Supreme Court ruling.

Born and raised in Concord, Massachusetts, Abele is the oldest child of Boston Scientific co-founder John Abele. The story goes that John met his future business partner at one of 12-year-old Chris’ soccer games. Besides being one of Milwaukee’s most visible philanthropists through the Argosy Foundation, Abele also owns local real estate firm CSA Commercial. His firm has yet to be involved in any high profile transactions, but it did play an important role in launching the new Urban Ecology Center on the edge of Menomonee Valley.

Chris Abele has been a primary benefactor of the Milwaukee Film Festival, which at one point resulted in Shepherd Express publisher Lou Fortis suing him (the case was dismissed with prejudice). In addition, Abele has made a number of donations around Shakespearean theater: his donations kept the Milwaukee Shakespeare theater going, and also resulted in its demise when he cut back his funding after the Great Recession hit; and he made a $5 million donation to the Royal Shakespeare Company. 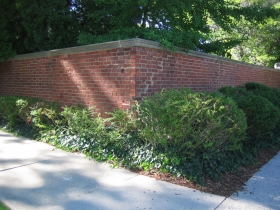 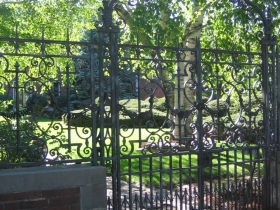 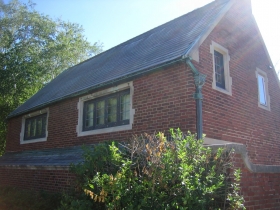 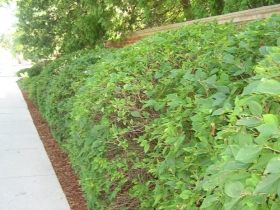 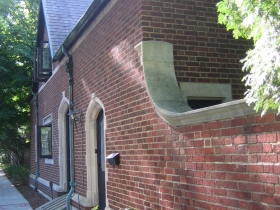 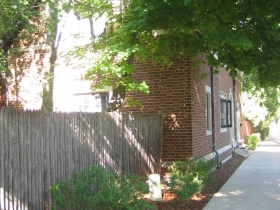