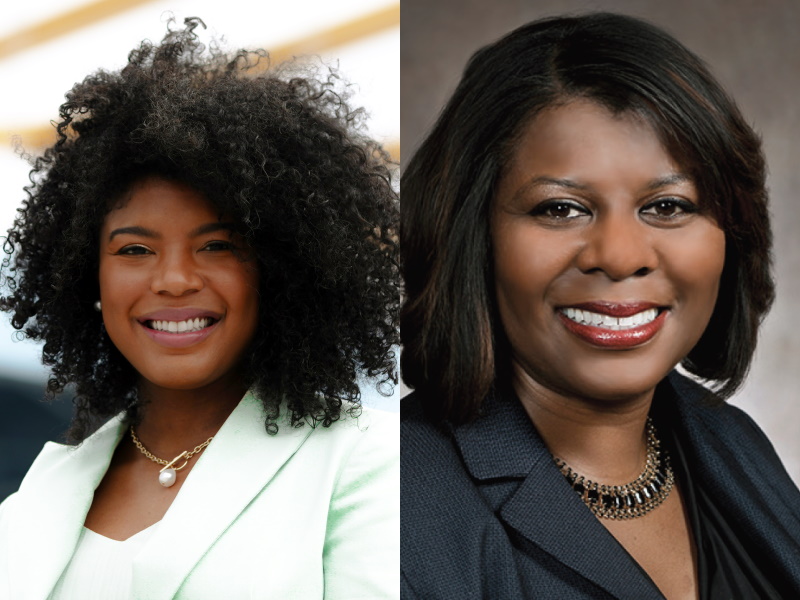 Who will be the Democratic candidate for Lieutenant Governor?

As it turns out that is not an easy question to answer. Current Lt. Governor Mandela Barnes‘ decision to run for the U.S. Senate will leave a vacancy that has to be filled.

As a younger, Black Milwaukee resident, Barnes added diversity in three ways for a ticket headed in 2018 by Tony Evers, an older white man raised in small town Plymouth and long a resident of Madison. Barnes undoubtedly helped drive turnout by Black voters in a a city Evers needed to carry by a big margin.

Now that Barnes is off the ticket, Evers was reportedly looking for a younger Black elected official from Milwaukee, as Urban Milwaukee previously reported.

The front runners, I was told, were Milwaukee County Supervisor and board chair Marcelia Nicholson and state Sen. LaTonya Johnson of Milwaukee. Both are younger Black women from Milwaukee who would bring diversity in four ways to the Evers ticket.

Evers “has been talking to Nicholson for a month,” a Democratic legislator told me in May. “She would be a very adept political partner.” But another source suggested Johnson was strongly under consideration.

That was more than three months ago and it’s becoming clear neither woman wants to run for the position.

Nicholson seemed the best bet because she could run without having to give up her county board job as state elections are on a different cycle than county elections. But on August 3, Nicholson announced on Twitter that she had gotten the job of National Director of Civic Engagement and Independent Political Power for the Center for Popular Democracy. The group has a huge staff and $36 million budget and its co-executive directors all earn more than $170,000 in annual compensation.

Nicholson’s salary is likely to exceed that for Lt. Governor (which is just over $80,000) and she also gains far more job security, as there’s no guarantee the Evers ticket will win reelection and even if it does, he is not likely to run for a third term.

That issue may have also scared away Sen. Johnson. As one Democratic legislator notes, even if Evers wins in 2022, “after four years you’re in no man’s land, you have nothing to fall back on. LaTonya probably thinks I can do this [her legislative job] for 20 more years.”

In short, the offer to run for Lt. Governor isn’t tempting her, the source says. (Johnson and Nicholson did not respond to requests for comment.)

As it turns out Barnes was the perfect choice for 2018, a former legislator with nothing to lose. Evers may have trouble finding someone who checks all the right boxes, a second Mandela.

Another Democratic legislator has suggested that Milwaukee-based Rep. David Bowen might be a good choice. Bowen recently tweeted that rather than considering a run for mayor of Milwaukee “my only focus is making sure more Democrats get elected in 2022 including our Governor Tony Evers.”