Evers Will Run For Reelection

But will Barnes be his running mate? If not, who will Evers pick? 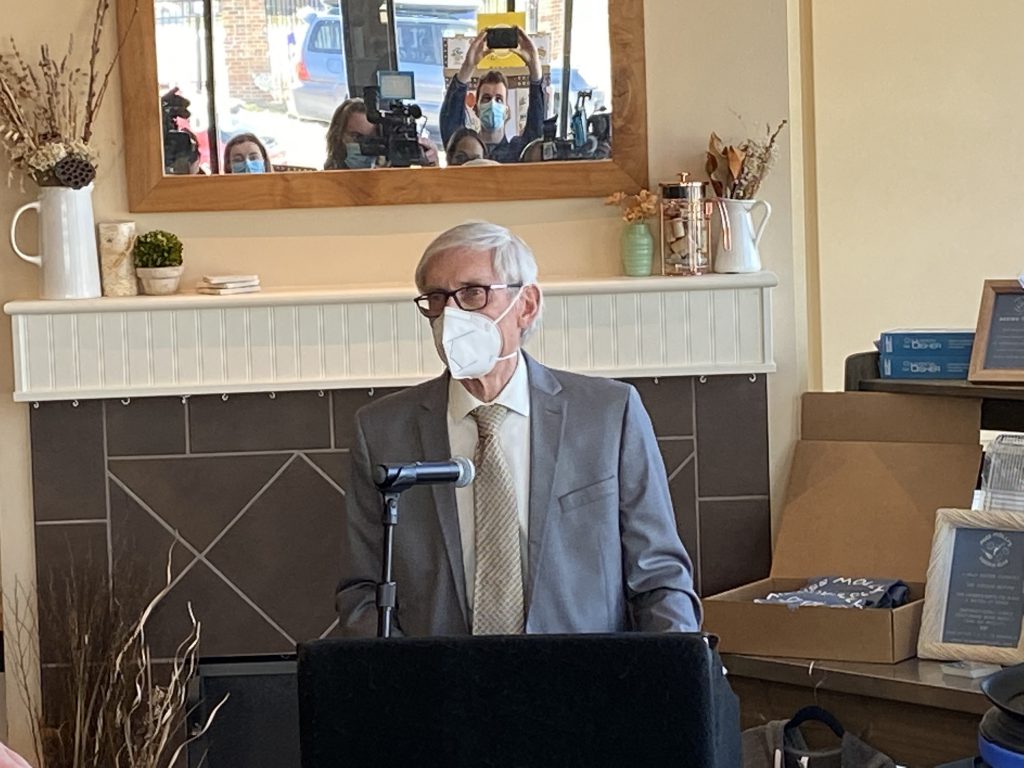 All the signs suggest Democrat Tony Evers will run for a second term as governor.

He is raising money like he in running for reelection, with $3.3 million on hand as of January 1 and continuing to push for more. He would be 71 on election day, but compared to the two most recent two U.S. presidents, that’s young. And Evers’ health is good, I’m told.

“Yes, he is running for reelection,” a source close to the Evers administration told Urban Milwaukee. “He’s definitely running,” said a longtime Democrat who recently spoke to the governor.

“I am very confident that the governor is going to run for re-election,” Democratic Party of Wisconsin Chairman Ben Wikler recently said in an interview with WISN 12 News.

Evers is simply being tactical, trying to be as bipartisan as possible until the state budget is finished. And then he will announce his reelection.

But who will be his running mate? Many think Lt. Governor Mandela Barnes may enter the Democratic primary for U.S. Senator. Barnes is making calls to potential supporters and is “half in and half out” of the Senate campaign, says a legislator who knows him.

“He’s not at 100%, but pretty close” to entering the race, says a Capitol insider. Barnes, too, may wait until after the budget is completed to announce his plans.

And if Barnes decides to run for U.S. Senator, who will Evers tap as his running mate? “Evers is looking for someone younger and a person of color,” says a source.

Two names have surfaced as under consideration: Milwaukee County Supervisor and board chair Marcelia Nicholson and state Sen. LaTonya Johnson of Milwaukee.

Both would help turn out the Black vote in Milwaukee, which will be a key to Evers’ reelection in what’s likely to be a very close race.

Evers “has been talking to Nicholson for a month,” says the legislator. “She would be a very adept political partner.” But another source suggests Johnson is strongly under consideration.

Get a daily rundown of the top stories on Urban Milwaukee
Probably no one is more nervous about Barnes’ decision than Democratic U.S. Senate candidate Alex Lasry, the young Milwaukee Bucks vice-president and son of the billionaire and team co-owner Marc Lasry. Lasry has never run for office, but is very well-funded, and has put an emphasis on Milwaukee in his campaign. Yes, Milwaukee is his base, but it’s also Barnes’ home town.

“Lasry’s launch video would have been a good video for mayor,” says a Democratic politico. “It was not state focused. He was not speaking to all Wisconsinites. It was a shot at Mandela, to keep him out of the race.”

Lasry’s campaign has also been telling Democrats that Barnes is unlikely to run for senator, which is revealing. Some Democrats have told Urban Milwaukee that Barnes will immediately become the front runner if he enters the race.

Behind all the jockeying by candidates are many imponderables. History is against Evers winning reelection. It’s almost never happened for a Democratic governor in Wisconsin running with a Democratic president in the White House. On the other hand there are host of issues where Evers’ approach — expanding Medicaid, medical marijuana, non-partisan gerrymandering and increased spending for education — is favored by voters. And his record on the pandemic, compared to how Republicans handled it, gives him a strong hand to play.

As for the U.S. Senate campaign, it looks increasingly like incumbent Republican Ron Johnson is running for reelection, which could make this the top U.S. Senate race in the country. Money will be pouring into the state both for and against him. Which undercuts Lasry’s biggest asset: how much money he can raise.

And given how nationalized American politics has become, the most important candidate in the Senate race may be President Joe Biden. If voters like what the president’s doing, Johnson may be toast. But if enough Americans sour on Biden, it may not matter who the Democratic candidate is.