A Walk In The Riverwest Woods

The walk from Concordia to Capitol along the river displays oh so much of nature’s beauty. 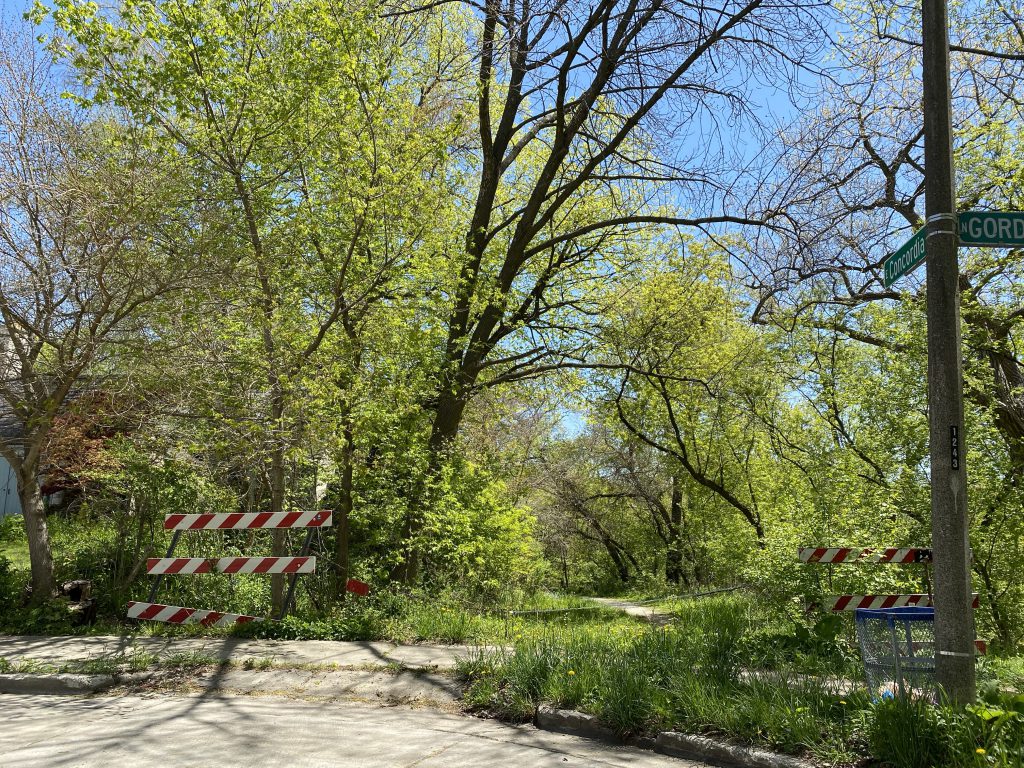 Where the walk begins. Photo taken May 13, 2021 by Cari Taylor-Carlson.

Distance: Three miles
Start: At the east end of Concordia Street in Riverwest
Parking: On the street

In the 1800s, commercial resorts, many of them strung along the Milwaukee River north of the North Avenue Dam, gave Milwaukee residents places to congregate. These resorts compensated for the lack of public parks in the city. One of them, Blatz Pleasant Valley Resort, was located where this urban wilderness walk begins following a short walk downhill to the river from the east end of Concordia Street.

This popular resort, operated by the Blatz Brewing Co., gave Milwaukeeans a place to drink beer and listen to music. In today’s fast-paced world, it’s hard to picture steamboats slowly chugging up and down the river carrying elegantly attired passengers to resorts north of the dam. It was slightly more than a mile from the dam to the Blatz Pleasant Valley Resort, but women in tight corsets and flowing dresses were ill-equipped to walk that distance. At the resort there was a steamboat dock, a bandshell, a beer garden, and a landscaped park, 23 acres, located alongside the river in Riverwest.

In the 1880s and 1890s local residents began to agitate for public parks in the city, open spaces where people could gather to enjoy the “Great Outdoors.” They called these parks “lungs of the city,” “playgrounds of the people,” and “gardens of the poor.”

As Milwaukee began to build these green spaces, including nearby parks like Gordon and Kern, the beer gardens had less appeal as you could bring your own beer to a park and it was much cheaper, as Milwaukee historian John Gurda has noted.

The coming of Prohibition brought the final end to beer gardens like the Pleasant Valley Resort.

The river, meanwhile, had become very polluted and that only began to change when the North Avenue dam was removed in 1997. Without the dam to force the artificial lake that extended from North Ave. to Capitol, the river returned to its natural flow and the lake disappeared. The river began to clean itself and the state funded some efforts to remove pollutants and over time, an informal wildlife preserve was created.

When you stroll alongside the river in the 23 acres once occupied by the Pleasant Valley Resort, you will understand why this is a sacred place where solitude exists in the midst of Milwaukee.

To start the walk, follow the unmarked gravel path downhill from Concordia Street and watch for a trail that leads to your left. Take this trail and in about 50 yards you will come to the beginning of a grove of beech trees known for their wide-spread canopy and distinctive smooth grey bark. Because beech trees send out sucker roots that propagate and spread them, they are often seen in clusters or groves as you will note along this trail. These are magnificent slow-growing trees, and a special part of this Pleasant Valley walk. They are not the only giant trees on this walk as you continue north toward the turnaround at Capitol Drive. Take your time, look around, and look up. You are among giants in this primeval forest. Listen to the bird songs as they mingle with sounds of riffles from the river.

In springtime many native wildflowers pop up along the trail. Look closely and you may see trillium, wild geraniums, an occasional trout lily, at least three kinds of violets, a Jack-in-the-pulpit, and more. Sadly, garlic mustard has started to carpet some areas alongside the trail. By blanketing their habitat, this invasive biennial will gradually eliminate native plants that can’t compete with this aggressive intruder.

Also, in spring, frogs and toads will serenade you with their mating calls and the splash of a fish jumping in the river will remind you why this section of the river is popular with fishermen. You’ll see ducks, often a pair or two of mallards, and if you are lucky, a family of geese floating downriver, mom, dad, and their goslings. If you encounter a family of geese on the trail, step aside and give them the right of way. Protective parents can get aggressive and nip at you. As you approach Capitol, noisy seagulls and loud riffles on the river will compete for your attention.

At the Capitol Avenue bridge, turn around and retrace your steps. Continue past the trail that leads back to Concordia. Just beyond that trail, look up to see the “Bridge to Nowhere” as it’s known to locals. The bridge was built across a ravine to support an underground collector sewer pipe that leads to the river and further downstream to the Jones Island Water Reclamation Facility.

You can access the bridge from the trail by climbing up the hill and getting on at one end and if you do, it’s an obvious walk back to the main trail from the south end of the bridge. This detour is worth the effort because you will be standing above the Pleasant Valley ravine where you are likely to see deer or wild turkey, common sightings in the valley.

Further down the trail, look for two trees close to the river where beavers left some unfinished business. Across the river it looks as if there might be the start of the dam those beavers are busy constructing. Nearby, look for the remains of a log dam built by the Schlitz Brewing Company to create an icefield for their ice harvest in the 1800s.

At the Locust Street bridge, the end of this walk and the turnaround, note the broken concrete structures, all that remains from Random Lake Ice Company, another company in the business of harvesting river ice.

As you head north and back to start, watch for the gravel path on your left that goes uphill, back through the forest to Concordia where you began this refreshing walk through an urban wilderness. 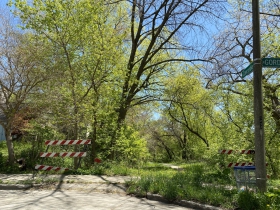 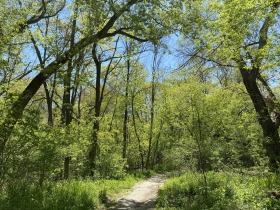 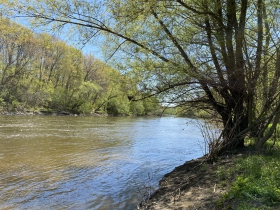 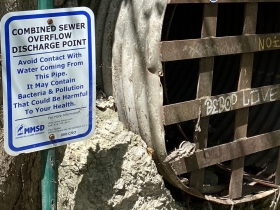 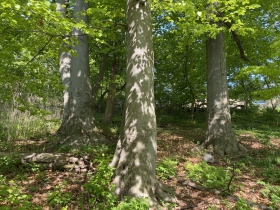 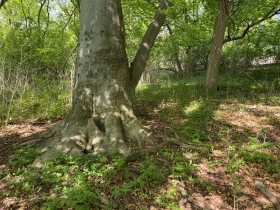 2 thoughts on “Milwaukee Walks: A Walk In The Riverwest Woods”