Anyone who quits a job over vaccine requirements to receive unemployment benefits under Republican backed legislation. 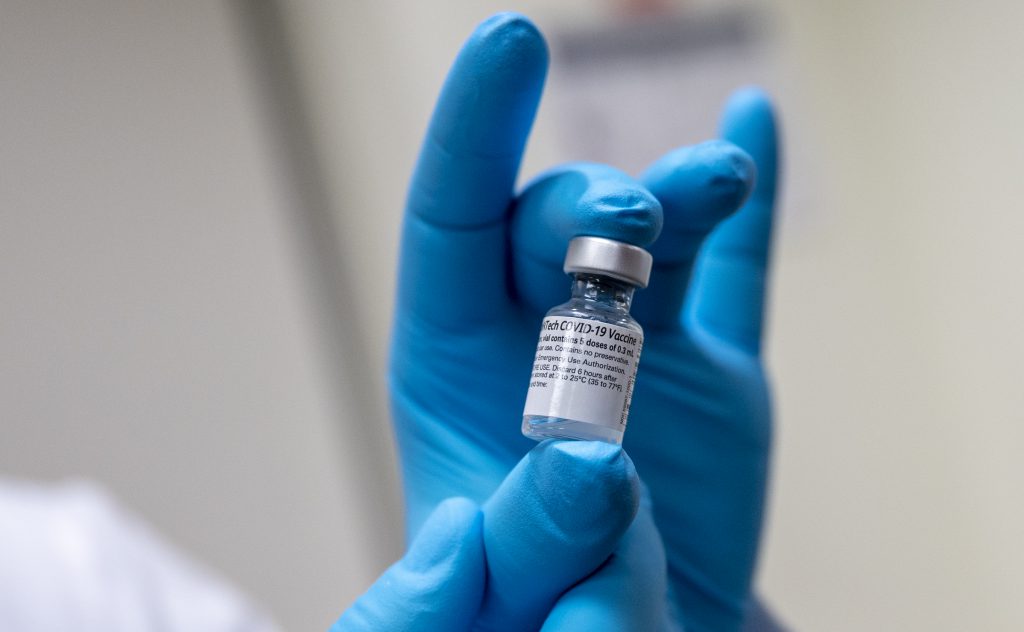 A GOP-authored proposal to grant unemployment pay to employees who quit their jobs to avoid a COVID-19 vaccine has exactly the wrong end of the stick, a small business lobbying group says.

“The best thing that can be done to help address labor shortages and help small businesses is to increase vaccination rates,” according to Main Street Alliance, which issued a statement Friday morning on the draft legislation.

In an unusual move, Gov. Tony Evers’ office swiftly announced the governor’s intentions for the proposal should it reach his desk. “.@GovEvers will veto this bill,” tweeted spokesperson Britt Cudaback just before 6 p.m. Thursday. (Evers rarely threatens a veto outright, even when Capitol observers are fairly confident of his intentions.)

The draft bill and a co-sponsorship memo surfaced Thursday and were first reported on Twitter by Scott Gordon, the publisher of the culture news and commentary website Tone Madison.

The proposal would create an exemption to Wisconsin’s unemployment insurance law that would allow someone who is fired or voluntarily quits because an employer requires a COVID-19 vaccine, or proof of vaccination, to collect unemployment compensation.

“Individuals are better able to determine their personal healthcare needs than government bureaucrats, elected officials, or employers,” the co-sponsorship memo from the authors declares. “Protecting those rights is of paramount importance.”

The legislation’s origins were in striking contrast to the stances that Wisconsin Republican lawmakers, including the sponsors, have taken to put tighter controls and restrictions on applicants for unemployment insurance (UI).

In May, Stroebel voted with the Republican majority when a joint legislative committee reinstated a requirement that people collecting jobless pay undertake four work searches every week. The requirement had been suspended under an emergency rule early in the COVID-19 pandemic.

On Twitter, unemployment compensation lawyer Victor Forberger observed that by ending the emergency rule, Republicans had also removed “progressive emergency regs that allowed regular UI because you stayed out of work because of covid.”

The four co-authors of the new proposal also voted with GOP majorities in both houses of the Legislature voting to cut off a federal $300 pandemic supplement to unemployed workers. Evers vetoed the legislation, and a party-line vote fell short of the two-thirds needed to override the veto. That payment automatically ends Sept. 4.

Republican lawmakers pushing to end the supplement have repeatedly contended it was responsible for labor shortages because with the extra pay, workers were getting paid more to stay home — although there has been little evidence for the claim.

On Brooks’ Facebook page on July 27, just below his post touting the new proposal and another in which he opposes employer-mandated vaccinations, he laments the Legislature’s unsuccessful effort to end the federal supplement through the override vote.

The state’s largest business lobbying group, Wisconsin Manufacturers & Commerce, which has lobbied heavily to end the federal supplement, didn’t immediately respond Friday to an inquiry about whether it supports letting people collect jobless pay who are fired or who quit after rejecting an employer’s vaccine requirement.

But Main Street Alliance, which represents small businesses and has opposed cutting off the federal supplement, said the draft bill would “make it harder to recover from the pandemic.”

The Alliance criticized the Legislature’s Republican majority for “spending the better part of the past six months scapegoating enhanced unemployment insurance and workers across our state for labor shortages in some industries.” The group urged lawmakers “to stop this quixotic effort” and for Evers to veto the legislation if it passes.

In its statement, Main Street Alliance cited recent research from Gusto, a human resources consultant. In July, the firm published a report stating that “aggregate employment in service-sector businesses is little different across states opting to end these benefits early compared to those who have not.”

The Gusto report recommended that instead of ending the federal supplement before its September expiration, “policymakers would be better-served by focusing on achieving higher vaccination rates and ensuring schools and child care centers can re-open in a safe and timely manner.”

Republican lawmakers: Give jobless pay to workers who reject COVID-19 vaccine requirements was originally published by the Wisconsin Examiner.