The local distillery will celebrate the grand opening of its newly-redeveloped, historic downtown location this Saturday 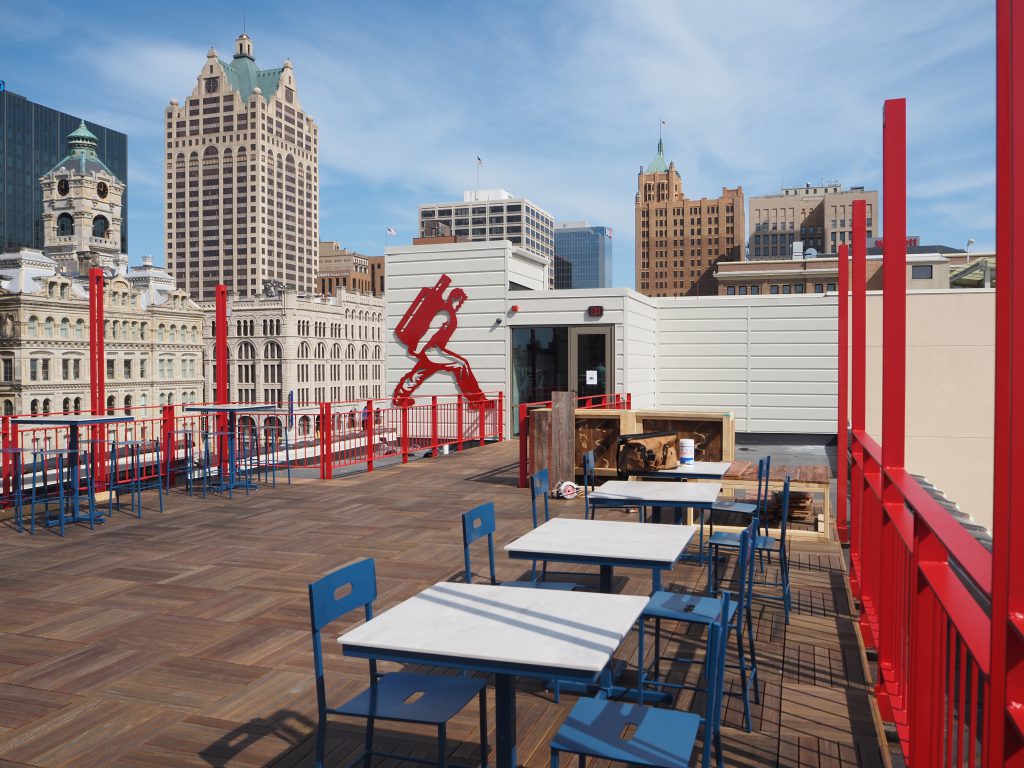 To break in the new building, co-owners Evan Hughes and Pat McQuillan will host a party Saturday from 11 a.m. to 2 a.m. The pair will offer bourbon and brandy old-fashioneds for $3.20 and a free bourbon toast at 3:20 p.m. to unveil their new location at 320 E. Clybourn St. Everyone who attends the opening will receive a buy-one-get-one coupon to the restaurant. The pair said they’d prefer a toast over a ribbon cutting.

“We’d much rather raise a glass, make a toast and offer folks a free taste of our spirits on big moments in our history,” said McQuillan in a statement.

Hughes and McQuillan announced the downtown distillery and restaurant in 2020, but the pandemic delayed the project. An affiliate of the craft distillery bought the location from long-time owner Lorette Russenberger this January for $930,000.

Since then, the team has been busy with a multi-million dollar redevelopment project that has transformed the formerly vacant, 11,700-square-foot space. The three-story building now has a restaurant, tour operation, private-event space, rooftop patio and tasting room complete with a custom tasting table made from a tree cut from the grounds of the Pabst Mansion.

The building also has a 100-gallon pot still that will produce all the liquor sold on site, but general production for the rest of the Milwaukee-based company will remain at the company’s production distillery at 2330 W. Clybourn St.

The new location is located a block from the Historic Third Ward and two blocks from E. Wisconsin Ave. But it wasn’t just the activity in the area that attracted the team to this location. The building itself includes high ceilings, large windows and exposed Cream City brick.

It also has some historical significance. It was built in 1874 as a headquarters and store for the Wisconsin Leather Company. It was designed and owned by Milwaukee-based architect Edward Townsend Mix. The building is listed on the National Register of Historic Places (and has been since 2005), but it’s not locally designated.

Get a daily rundown of the top stories on Urban Milwaukee
The historic nature of this building also posed some challenges for the Central Standard team. The building originally had a hydraulic freight elevator connected to the city’s water system. It has since been replaced to meet modern safety standards. The original elevator gears are now used as decoration on the building’s first floor.

The building also has what Hughes calls a “character slope,” meaning the first floor leans a bit — a feature left over from when the building next door was removed.

Hughes said that redeveloping this space during the COVID-19 pandemic presented some challenges, and they’re still waiting on some “final touch elements” like furniture pieces and signage. He credits his financial, architectural and construction partners for the ability to open this space.

“I’m proud of their efforts and work to get us across the finish line,” Hughes said. 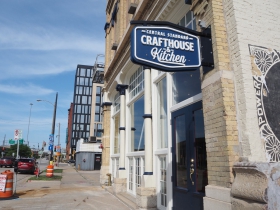 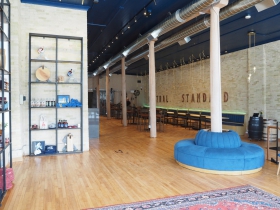 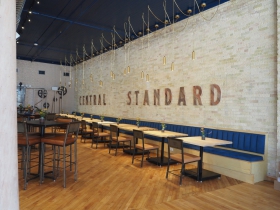 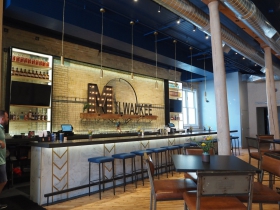 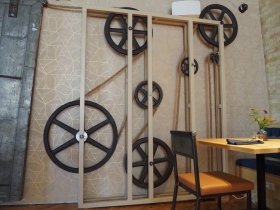 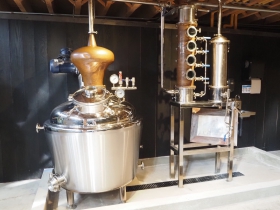