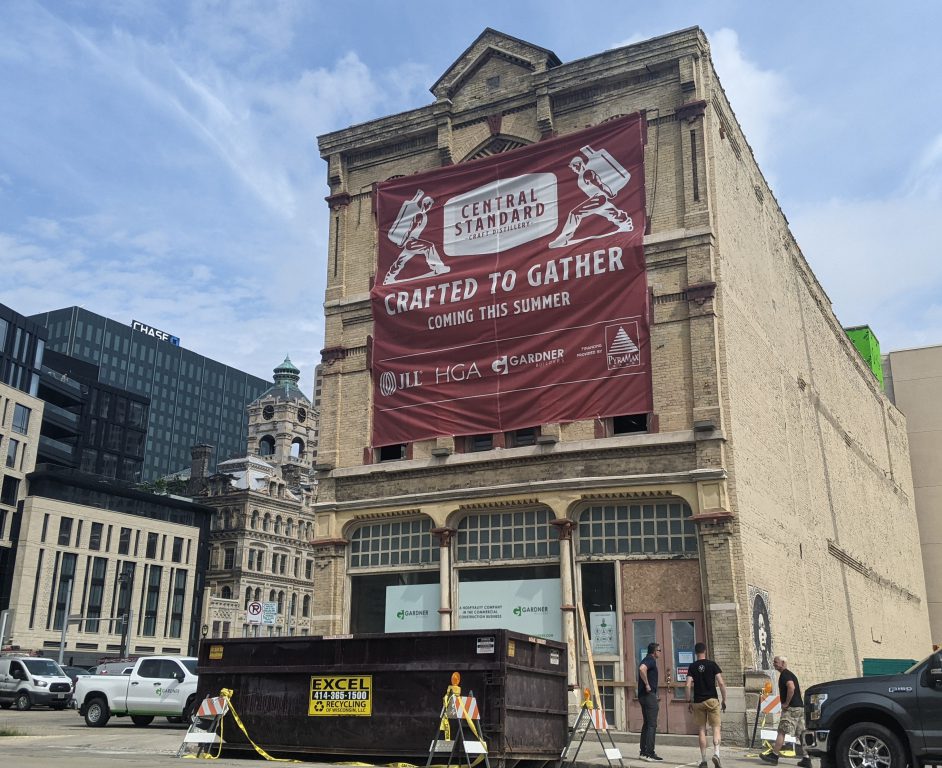 Central Standard Craft Distillery moved a nearly 20-foot-long table made from a historic 122-year-old tree that was planted on the grounds of the Pabst Mansion to its new distillery at 320 E. Clybourn St. Monday.

The bourbon tasting table weighs over 3,000 pounds and required forklifts, a flatbed truck and a construction crew to install in the lower level of the building. The installation had to be done early in the ongoing redevelopment process because it required the removal of stairs in the front of the building.

The wood was taken from a massive tree that Central Standard co-founder Evan Hughes said was planted around 1910 by Archbishop Sebastian Messmer. Messmer, fittingly, was vocally against prohibition. At its peak, the tree stretched to a height of over 50 feet. It was struck by lightning twice before it was felled in 2019. 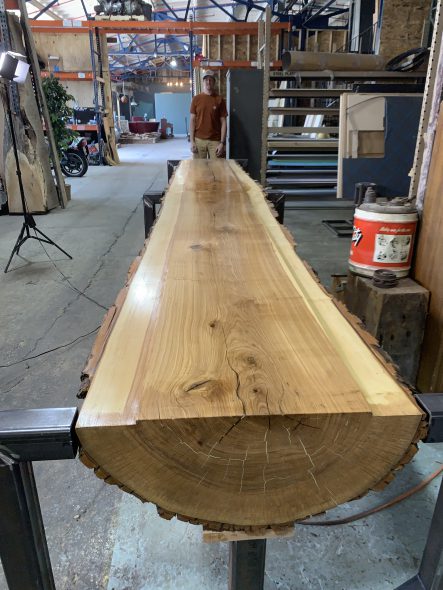 The table prior to being installed. Photo courtesy of Central Standard Craft Distillery.

“The tree has been waiting in my lumber yard for two years waiting for an opportunity like this,” said Nick Hardrath, who milled and hand crafted the table.

Central Standard Craft Distillery was founded in 2014 by Hughes and Pat McQuillan. The team announced the opening of a downtown Milwaukee distillery in  2020 that will fill the formerly vacant three-story 11,700-square-foot building. An affiliate of the craft distillery bought the location from long-time owner Lorette Russenberger this January for $930,000. This place will be opened in addition to Central Standard’s 2330 W. Clybourn St. location.

“We doubled down on Milwaukee,” Hughes said.

The building has been listed on the National Register of Historic Places since 2005, but is locally designated.

“We feel very fortunate to have this piece of history,” Hughes said.

The new location will be redeveloped to include a tasting room, tour operation, restaurant, roof-top patio and private-events space. It will also include a third-floor, loft-office space for future tenants.

The giant table will fit with design elements like exposed cream city brick and wood columns that are intended to help maintain the original character of the building, which was first built in 1874.

The East Town distillery and restaurant will feature locally distilled spirits, according to its website. The menu for the restaurant is not yet finalized. It will be open from 9 a.m. to 4 p.m. Monday through Friday.

The team has a tentative opening date of July 22 when Hughes said his team will throw a “really, really fun party.” 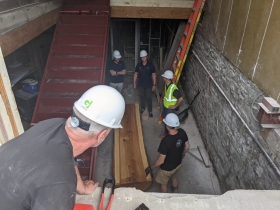 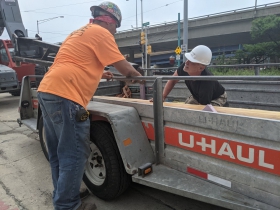 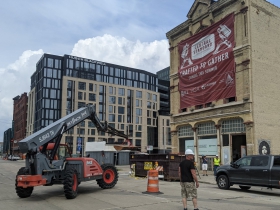 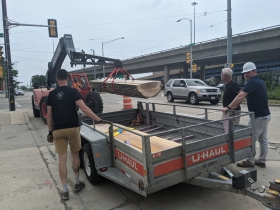 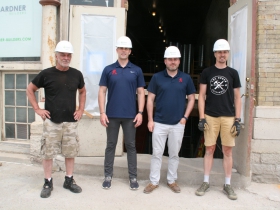 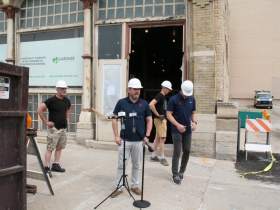