By Laurel White, Wisconsin Public Radio - Aug 7th, 2021 07:53 pm
Get a daily rundown of the top stories on Urban Milwaukee 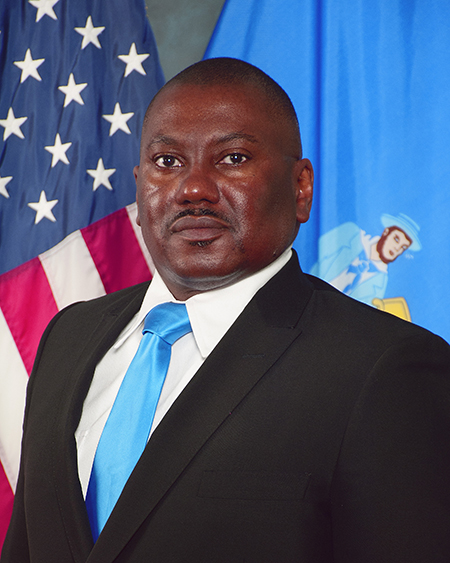 Darrell Williams. Photo from the State of Wisconsin.

Darrell Williams, administrator of the Division of Emergency Management in the state Department of Military Affairs, joins several Democrats already vying for the seat held by Republican U.S. Sen. Ron Johnson. Johnson hasn’t yet said if he will seek reelection.

Williams was appointed to his current post in 2019 by Gov. Tony Evers and confirmed in 2020 by the GOP-controlled state Senate. Prior to that, he worked in education for decades, including as assistant superintendent for the Beloit School District and a principal in Milwaukee. He received his doctorate in Urban Education from the University of Wisconsin-Milwaukee in 2007 and was recognized as National Principal of the Year by the National Alliance of Black School Educators in 2013.

In a campaign announcement video released Friday, Williams touted his background in education.

“You are looking at someone who truly values education — not only in words, but in deeds,” he said.

Williams served 29 years in the U.S. Army, including two combat tours, one in Iraq and one in Afghanistan.

“Just as I have stood and fought on the front lines abroad, I will stand a fight for you and the Democracy of this nation here at home,” he said in the video.

In the video, Williams also spoke of his support for raising the minimum wage, working to restore relationships between law enforcement and communities, combating climate change and more government support for mental health programs.