Return of the Brown Bottle 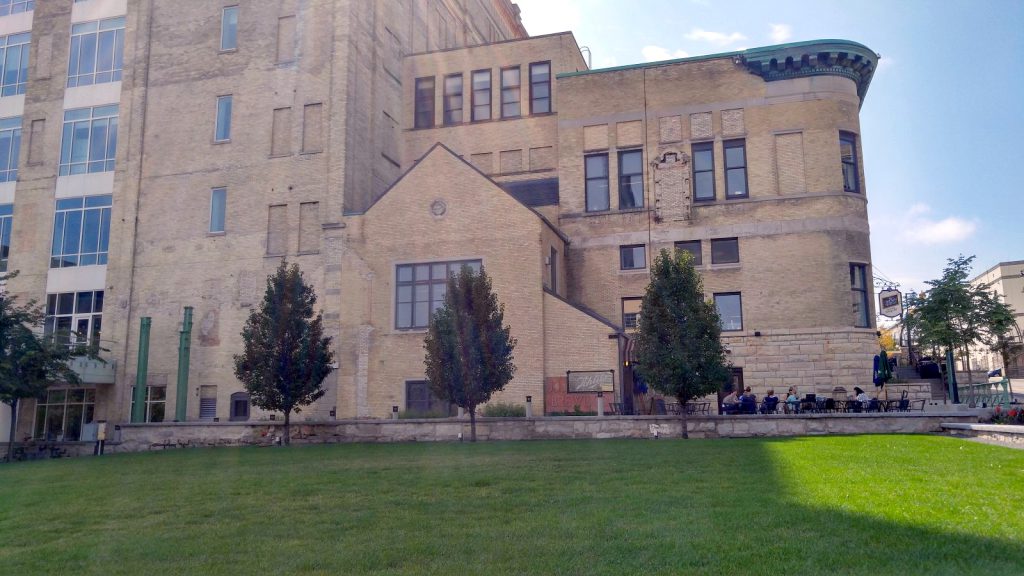 The Brown Bottle quietly reopened under new management this past week. F Street Hospitality, the group that manages Pizza Man and Bottle House 42, took over during the pandemic and began revamping menus, cleaning the space and hiring new staff. The renovations and updates mostly left the historical aspects untouched, leaving the original wooden wall and door carvings as well as pictures and memorabilia hanging on the wall.

The menu will now include an extended list of whiskeys, bourbons and cocktails, including barrel-aged old fashioneds. The food menu was constructed with the tavern’s decor in mind, and will include double bone-in heritage pork chops, boar meatballs and scallops with succotash, charred tomato, and chili sauce. There will be gluten-free and vegan-friendly options as well, and a Friday Fish Fry featuring Schlitz-battered cod and perch.

And speaking of Schlitz, don’t worry — the beer that made Milwaukee famous is most definitely still on tap.

The Brown Bottle is open Monday through Saturday starting at 11 a.m. and happy hour will run from 3 p.m. to 6 p.m.

The 3rd Street Market Hall, planned for the first floor of The Avenue at 275 W. Wisconsin Ave., continues to land tenants in advance of its planned September opening. Lori Fredrich has the latest:

It will be five years in September since Sara Lewkowski and Aaron Ruiz opened their first business, Avenue Coffeehouse, at 911 Milwaukee Ave. in South Milwaukee. And, if all goes well, they just might be able to celebrate that anniversary with a second location.

That’s because the two coffeehouse owners have signed on to be tenants at the forthcoming 3rd Street Market Hall, a food hall which will open its doors with a roster of tenants that includes anchor tenant Dairyland Old Fashioned Hamburgers & Frozen Custard, Mid-Way Bakery, at least two plant-based vendors, four hawker stall tenants and a few more vendors that will be announced very soon.

The new coffee shop, which will be called Supernova Coffee & Doughnuts, will occupy a prime location at the front of the food hall (and the only to include a walk-up window), offering up a menu of coffee, espresso drinks and… housemade doughnuts.  In fact, Supernova will be doing its part to reintroduce the Milwaukee market to a unique style of doughnut that’s been all but lost to history.

In 2017, it was reported that the Eastsider, a longtime destination for college party-goers, was sold. A wine and craft cocktail bar called BaccaNera Enoteca replaced it in 2019 after completely renovating the space. After only about a year of business, BaccaNera Enoteca closed during the pandemic. Now there are new plans for the bar, as Urban Milwaukee’s Angeline Terry reports:

The new bar will be owned by Cord Harris. Harris is the owner and founder of Harris Realty Group and received his Juris Doctorate from Marquette University Law School. The applicant did not respond to a request for more information by the time of publication.

Harris applied for both a liquor license and a cigarette & tobacco license for Upper East Bar, and, according to the applications, anticipates that cigarettes will make up about 5% of sales. But unlike the Eastsider, a smoky haze won’t linger over the bar.

In a 2016 Bar Exam column, Michael Horne described the inside as a “tiny historic tavern.”

“The room is nearly as tall as it is wide, offering nice proportions,” Horne said.

A coffee in the morning and a cocktail at night are now options at the Dubbel Dutch hotel located at 817 N. Marshall St. During the day from 7 a.m. to 2 p.m., The Daily Bird serves coffee from 7 a.m. to 2:00 p.m. daily and the Dubbel Dutch Tavern, run by the hotel, serves alcohol beverages from 4:00 p.m. to 10:30 p.m. on Friday and Saturday. Both operate out of the shared space but are separately owned. Urban Milwaukee’s Hope Moses reports:

Co-owned by Dylan Compton, Cole Compton and Dan Zwart, the new cafe joins the first Daily Bird that opened in 2020 in Riverwest. The first cafe is a pop-up shop located in Centro Cafe, 808 E. Center St.

Partnering with Anodyne Coffee Roasting Co, the Daily Bird offers numerous blends of coffee, along with espresso drinks, chai teas, and matchas. In addition to beverages, bakery items, many of which are vegan and locally made by Honey Bear Baked Goods, will be offered at the café.

A new bar is coming to Milwaukee’s South Side in the space most recently occupied by Beer Belly’s. Terry reports:

The Vecitis family is no stranger to the bar business.

They own DugOut 54, Lucky Chucky’s (formerly known as the Lakeside Supper Club & Lounge), Cleveland Pub and two locations of Kelly’s Bleachers (one in Wind Lake and one in Big Bend). They opened or operated, but no longer own, bars such as the Kelly’s Bleachers in Story Hill and the former Irish Rec Room.

Now, members of the Vecitis family are adding a new sports bar to their list: Kelly’s Dugout.

The bar will be located at 512 W. Layton Ave. next to Oakland Gyros. It will replace Beer Belly’s, which closed due to business struggles from COVID-19, according to the license application filed for the new restaurant. It will be the first Vecitis Family restaurant in the Town of Lake neighborhood.

The former home of Tha Circle and Treats on the south end of Riverwest is poised to see new life. Terry reports:

A new bar called Elevate on Humboldt will open in the Riverwest neighborhood, according to its license application.

The application was filed by Samona McCann, who owned Milwaukee Nights Pub for five years. McCann did not respond to a request for more information by the time of publication.

Elevate on Humboldt will serve drinks only, no food. It will have a pool table, jukebox and some other games inside according to a public entertainment license application.

A new, student-run coffee shop and wine bar is gearing up for a grand opening in the Historic Third Ward. Terry reports:

At FOMA Coffee & Wine Bar, the student has become the barista.

The student-run coffee and wine bar, located at 191 N. Broadway, had a soft opening in June and is preparing for an official opening in mid-September. This summer will be used to build the menu, work on the space and train staff members, many of whom come from Marquette University, UW-Milwaukee, Milwaukee School of Engineering and Kingdom Prep Lutheran High School.

It’s located inside the Milwaukee Artist Resource Network’s Art + Culture Hub in the Historic Third Ward. This space holds an art gallery and exhibition wall, innovation studio and conference center along with FOMA.  The nonprofit, led by Mal Montoya, owns the coffee shop.

Now For Sale: The Wërd Bar

If you have ever dreamed about owning a purple-colored bar, there is a turnkey opportunity on W. Howard Ave. Terry reports:

Wërd Bar is for sale.

The tavern has a bold interior, decked out with purple lights and a sparkly, silver bar. Owner Andrew Pakalski said Wërd (pronounced weird) became known mainly for its frequent karaoke nights since opening in 2018. But the business closed in 2020.

Pakalski told Urban Milwaukee he decided to close the bar last July due partially to the pandemic. He also said he wants to focus on other investment projects. Pakalski doesn’t have plans to reopen the bar at another location.