The sculpture is going up on the lawn of the Milwaukee Art Museum. 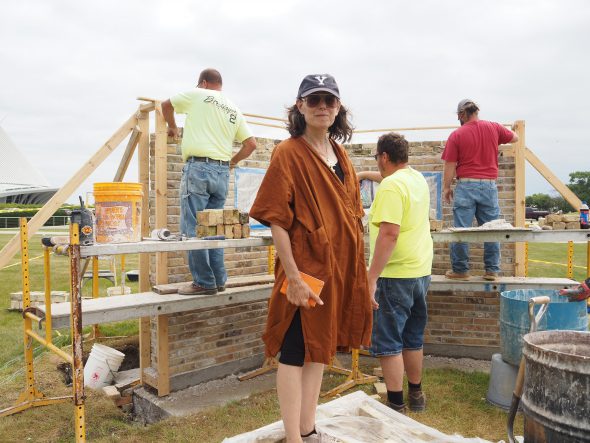 Kara Hamilton stands in front of “Curtain Wall,” the latest installation as part of Sculpture Milwaukee’s 2021/22 show. This photo was taken July 29th, 2021 by Angeline Terry.

Eyes are quite literally on the lakefront with artist Kara Hamilton’s installation titled “Curtain Wall,” the latest addition to Sculpture Milwaukee’s 2021/22 show.

The piece is being installed on the campus of the Milwaukee Art Museum at 700 N. Art Museum Dr. It will feature two eyes made from recycled Tyndall limestone surrounded by a wall of cream city brick.

“Curtain Wall” is named after an architectural term for a wall that is non-structural and is meant to protect a building’s interior from the weather. Hamilton views her piece as “responding to sort of a theater of public space,” and said she hopes that people will use her piece to think about the use of the public space around them.

“I hope that it encourages thought about where they’re standing and what they’re looking at,” Hamilton said.

Some of the inspiration for this piece comes from a one-line play called “Curtain” from “Prop Tragedies” (2010). A line in the poem that goes, “When in doubt, she wrote, blame the window for the view,” sparked her imagination of this piece, Hamilton said.

The sculpture was first installed in 2017 at the Plug In Institute of Contemporary Art in Winnipeg.

“With public sculpture in public space, you want the work to resonate with anyone who encounters it,” Hamilton said. “Just like with good architecture, you want to respond to the context.”

Sculpture Milwaukee’s fifth season kicked-off in early June with the installation of the sculpture series “Basics” by Matthias Neumann.

Get a daily rundown of the top stories on Urban Milwaukee
This year’s exhibition is titled “there is this We” after the opening line of the poem “An Aspect of Love, Alive in the Ice and Fire”  by Gwendolyn Brooks, the first Black poet to win a Pulitzer Prize.

It is being co-curated by Theaster Gates, an artist based in Chicago, and Oshkosh native Michelle Grabner. Gates’ work has recently been featured in solo exhibitions at Richard Gray Gallery in Chicago and Gagosian Gallery in New York, along with previous national and international displays. Grabner’s work is the feature of multiple national museum surveys and is currently being displayed at places like the James Cohan gallery in New York and the Green Gallery in Milwaukee. 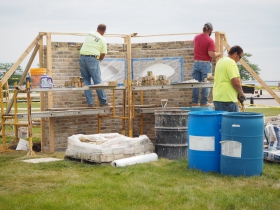 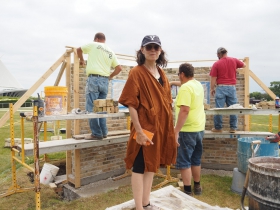 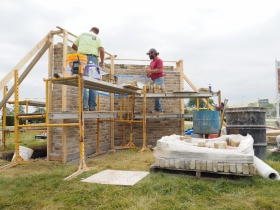 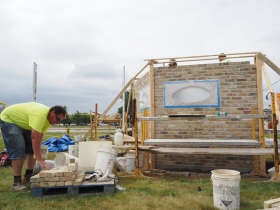 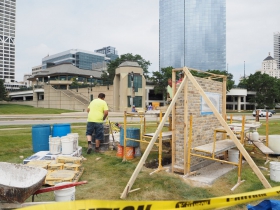 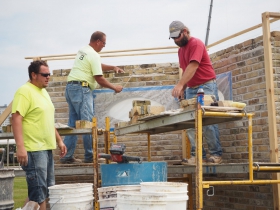 One thought on ““Curtain Wall” Is Latest Installation For Sculpture Milwaukee”