The Remarkable Growth Of The GMC

Julia Taylor grew the budget and staff and grants. But what exactly was accomplished? 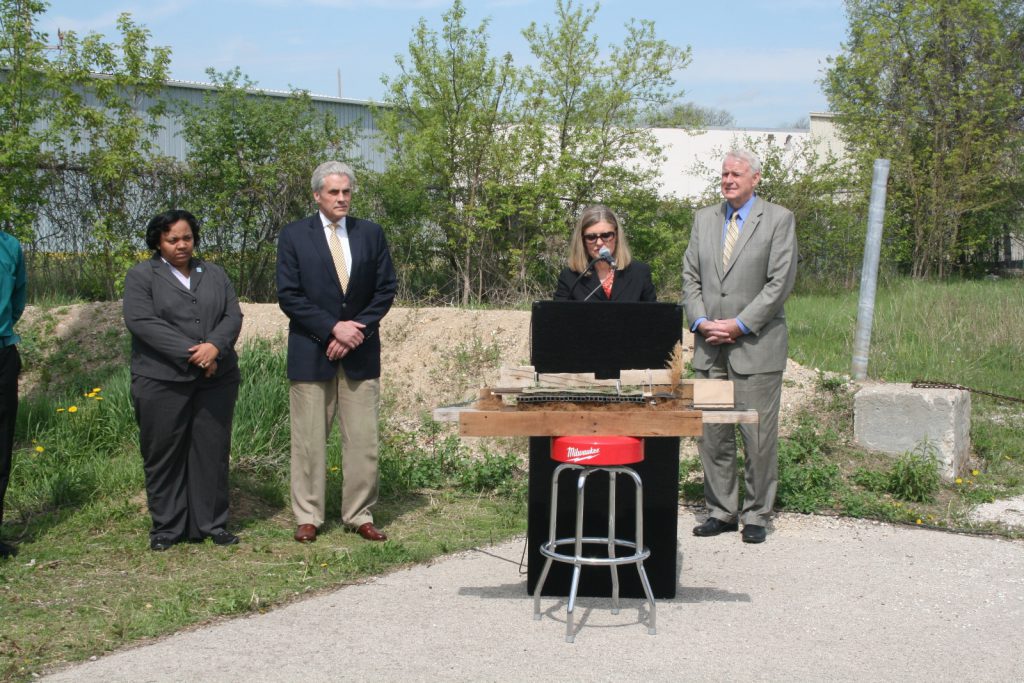 The announcement in May that Greater Milwaukee Committee (GMC) President Julia Taylor would retire in December, after 19 years leading the group, seemed like a very big deal. This was the group, after all, that since the late 1940s had been the preeminent business organization pushing major brick-and-mortar projects like County Stadium or the county zoo. Except that by the time Taylor was hired, in 2002, the group’s clout had greatly diminished.

Taylor has grown the group tremendously, winning many grants from foundations, nearly tripling the budget and increasing the staff from two to 14 employees. But what exactly was accomplished with all this money and staff? That is less clear.

GMC Board Chair Greg Marcus and Marcus company CEO released a statement that praised Taylor, noting that “Julia has helped bring greater diversity to our membership and our board and has involved the GMC much more deeply into the improvement of all parts of Milwaukee.” No example of those improvements was offered.

In response to a follow-up question from Urban Milwaukee asking what her major achievements were, Marcus offered an emailed statement saying “The list of Julia’s accomplishments is multiple pages long,” without mentioning any.

Mayor Tom Barrett was equally vague, telling Urban Milwaukee that “Julia Taylor has been engaged on issues that are important to Milwaukee’s future” and “Milwaukee is a better place because of her contributions.”

All would agree with Marcus that Taylor “has helped bring greater diversity to our membership and our board. We have greater numbers of women and minorities serving in leadership roles.”

Which is a huge change from the early decades of the GMC, which was deliberately exclusive: only the chief executive or top decision maker of a company could be a member, to assure that a company could quickly ratify a GMC initiative. It was an all-white-male group operating strictly behind the scenes, probably in smoke-filled rooms. It was all done “without a lot of blabbing,” as Rudy Schoenecker, who served as GMC executive director from 1957 to 1981, once recalled.

The GMC was founded in 1945, making it one of the oldest such organizations in the nation. It was in part a reaction to Milwaukee’s socialist leaders who championed a “pay as you go” philosophy, meaning they would not borrow money to create public works. This was to avoid paying taxes to the banks, as the last socialist, Mayor Frank Zeidler (1948-1960) once told me. This made it difficult to build anything, and resulted in civic stagnation, the GMC’s founders argued.

Get a daily rundown of the top stories on Urban Milwaukee
Their goal was to overcome “the Milwaukee slows,” as Schoenecker put it. “Our motto was ‘turn the turtle over.’”

Each GMC member was expected to befriend and build a personal relationship with an alderman, county supervisor or other elected official. The GMC’s most reliable ally was county government and the result was a long list of completed projects, including the city’s expressways (mostly built with federal dollars), new public museum, new zoo, Performing Arts Center (now the Marcus Center), the Milwaukee Regional Medical Center and Medical College of Wisconsin.

But by the time Robert Milbourne took over as GMC executive director in 1985, its leadership seemed far behind the times. “The group was very old, white and male,” he recalled in a story I wrote for the Milwaukee Journal Sentinel. “We had one woman member — Helen Barnhill. And we had one minority — Helen Barnhill.”

Milbourne expanded and diversified the membership, though it still was heavy on business leaders. But the agenda was less clear. By then, groups like the Milwaukee Repertory Theatre or the Milwaukee Art Museum had the kind of board and clout in the community that they could create major building projects on their own. While the GMC was instrumental on Milbourne’s watch in supporting a taxpayer subsidy for Miller Park and the building of Bradley Tech High School, most of its initiatives aimed at softer, social and educational initiatives. The Milwaukee Jobs Initiative, which united business leaders and community-based organizations to provide training and job placement for some 2,000 inner city residents, received considerable national attention.

But board participation fell off and Milbourne over time became a “one-man band,” as former Badger Meter CEO James Forbes described him. Milbourne was a good writer and released some 50 reports pushing policy changes for Milwaukee, but as Forbes put it, “In the future I would hope we would have a higher batting average on implementation.”

By then Milbourne had left for another job in Columbus, Ohio, having been pushed out after a negative evaluation of his work after Forbes assumed the position of GMC board chair.

Not surprisingly, Forbes and the board wanted a leader who was more of a communicator, more careful to consult and involve board members and so they hired Taylor, the first woman president, as the position was now called. Taylor, who had previously served for 16 years of head of Milwaukee’s YWCA, could hardly have been more of a communicator. In her first year she estimated she spent 35 hours a week on meetings with individuals and groups.

“Her greatest strength is being able to communicate with and connect people,” says David Lubar, an executive with Lubar and Co. who served as GMC board chair before Marcus,

Taylor has by now served longer as head the GMC than anyone but Schoenecker. She has grown the organization from a $900,000 budget with two other staff to $2.5 million and 12 staff in 2019 (according to the group’s last federal tax form) and 14 staff and probably a budget in excess of $2.6 million today.

“We’re much more diverse by gender, age and race than 20 years ago,” she tells Urban Milwaukee. “We still have quite a few CEOs on the board, but now we have non-profits, foundations and labor represented as well.”

The GMC was not involved in the push for a publicly subsided arena for the Milwaukee Bucks. The group supported the creation of the Milwaukee Water Council and the M7 regional business group, but both would have been created without that support. Indeed, M7 has been run, staffed and funded by the Metropolitan Milwaukee Association of Commerce since its creation. And over the last 25 years the MMAC has become the leading voice for the business community while the GMC has become harder to define.

The NEA money helped fund the Beerline (bicycle and pedestrian) Trail. The JP Morgan and Surdna money funded Scale Up Milwaukee, which offers business owners practical tactics to improve their businesses, which has resulted in business growth and hiring of 1,200 new employees. How much of that is due to the program? That’s not clear. The Kresge money funded the Milwaukee United program, described as “a comprehensive planning process through which we will create a shared and inclusive vision for Downtown Milwaukee and its adjacent neighborhoods.”

Taylor also mentioned The Commons program, which worked to retain young leaders in the city.

If it sounds like I am shortchanging the achievements under Tayor, I am including far more than Marcus, Barrett or Lubar did. The GMC board, I am told, intends to evaluate how it is doing in preparation for a search for the next leader. It’s been 75 years since its founding and the group has changed radically over the decades. Taylor has left it with far more staff and budget and made it a far more inclusive organization, but how has that paid off for Milwaukee and where should the group go from here? That may not be an easy question to answer.

One thought on “Murphy’s Law: The Remarkable Growth Of The GMC”