Plan for four-story complex has long way to go. Plus: A recap of week's real estate news. 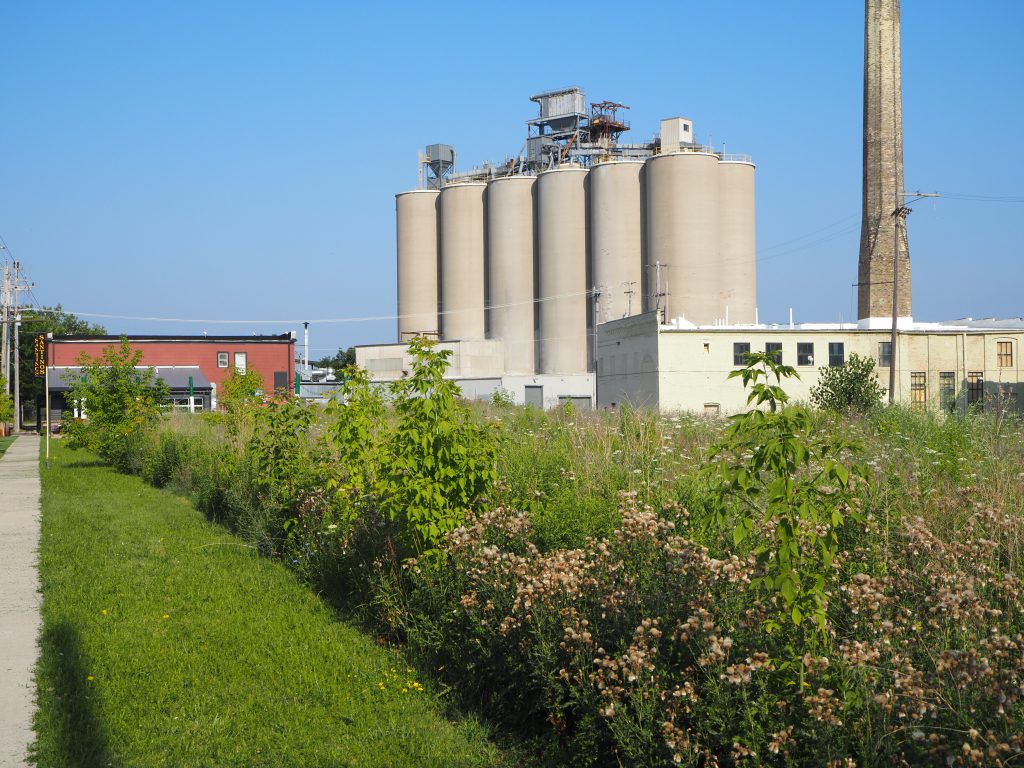 A new apartment building could be coming to the north end of Bay View. But the proposal is a long way from becoming reality.

Architect Jeremy Bartlett of Waukesha-based Thrive Architects filed a pre-submittal review application with the Department of Neighborhood Services on July 9th for a new building at 356-394 E. Stewart St.

The plan calls for a four-story building with an underground parking garage to be constructed on the 23,199-square-foot, rectangular site.

The parcel today is owned by Allis Stewart LLC, a reference to the intersection at the eastern edge of the site. The registered agent for the company, Santo Galati, is better connected to the restaurant he co-owns at the western edge of the site, Santino’s Little Italy.

But Bartlett told Tom Daykin that Jim Meldman is the developer behind the “exploratory stage” proposal. Meldman operates JM Remodeling and Construction and its decades-old spinoff Select Properties.

The zoning code says the proposal would require a zoning change from the Common Council. It’s in a site currently zoned for industrial use.

But a zoning change for the area is already contemplated in the 2018 Harbor District Water and Land Use Plan. The newly-branded neighborhood encompasses the northern tip of Bay View and eastern Walker’s Point and the city-approved land-use plan encourages a variety of uses, including residential development on vacant land. A sub-district conceptual use plan doesn’t prescribe a specific use for the site, but recommends the surrounding blocks be used for a mix of purposes including light industrial, residential and commercial uses. The Grand Trunk site to the east is being converted to a new park as envisioned in the plan.

Get a daily rundown of the top stories on Urban Milwaukee
The potential apartment site today is a vacant lot. But for most of the past century, it was a rail yard for the Milwaukee Road, referred to either as the Bay View Yard or Stowell Yard (for nearby Filer & Stowell). Before the tracks were removed, a restaurant was operated aboard a privately-owned Milwaukee Road Hiawatha train that was stored in the disused yard.

The area is seeing more development even without the new apartment building. The adjacent Louis Allis complex, 427 E. Stewart St. is attracting new tenants, including Ascent Global Logistics and Enlightened Brewing Company. New Land Enterprises recently completed the KinetiK apartment complex a few blocks to the south. Michels Corp. is launching its new marine division to the east while it completes development on the $100 million River One complex a half-mile to the west. Across the Kinnickinnic River to the north, Komatsu Mining is gearing up to open its South Harbor Campus development, a $285 million office and manufacturing campus. 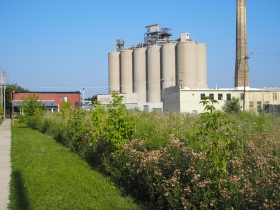 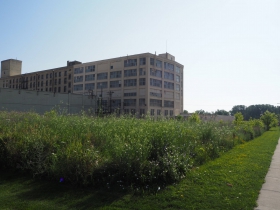 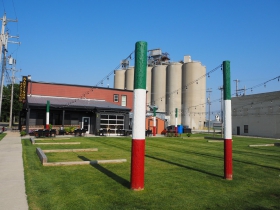 The company announced in early 2020 it would relocate from suburban Brown Deer to the Reed Street Yards business park, bringing approximately 300 employees with it.

It is building a four-story, 159,308-square-foot office building along the north side of W. Freshwater Way on a site that overlooks the South Menomonee Canal and Harley-Davidson Museum.

The Harley-Davidson Museum is growing.

The event had a distinctly Harley twist: a stunt driver on the company’s new Pan America 1250 bike interrupted the proceedings. The driver’s stunts included popping wheelies as Chris Nelson, director of museum experience, feigned disbelief and later driving his bike across the dirt pile as dignitaries stood ready to make a ceremonial dirt toss.

The debate lasted more than two and a half hours, but the City Plan Commission and Department of City Development recommended approval of an apartment building proposed for N. Water St. over the objections of neighbors.

Developer Brandon Rule is seeking to build a five-story, 79-unit building at 1887 N. Water St. on Milwaukee’s Lower East Side.

The design of the new building has been revised a number of times in response to feedback from city officials, with the latest changes, including moving the entire structure, presented for the first time Monday.

A new housing complex for military veterans will take an unusual form, at least for Milwaukee

The $2 million project is intended to provide support services in a sober-living environment for military veterans that are homeless or facing homelessness. The individual structures are intended to promote a sense of ownership and pride, but not long-term residency.

Barrett Calls For $44 Million In Workforce And Housing Spending

In separate press conferences, he announced a $30.4 million proposal to fund a variety of housing development and stabilization efforts and $13.8 million for workforce development programs.