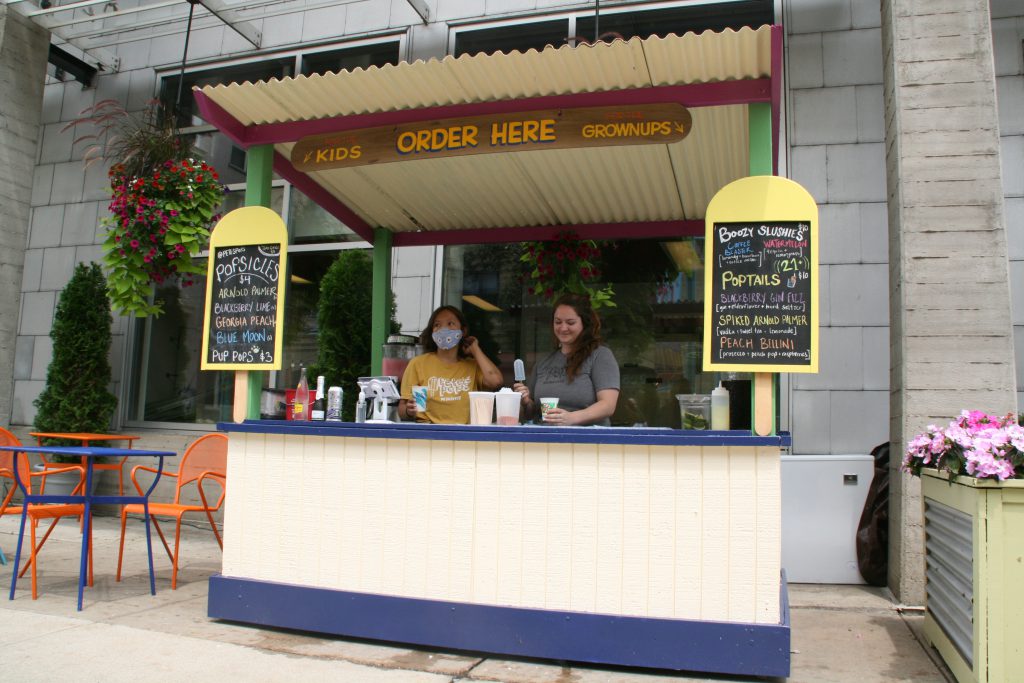 Sneaky Pete’s at the Milwaukee Public Market. This photo was taken July 16th, 2021 by Angeline Terry.

The kid and family friendly brand Pete’s Pops has some sly new menu items at its latest location outside the Milwaukee Public Market, 400 N. Water St.

For years, customers were requesting alcoholic popsicles, especially at the Pete’s Pops stand at the baseball field formerly known as Miller Park. Now, in response to this demand, Pete’s Pops is selling alcoholic menu items at its new location under the name Sneaky Pete’s.

The adult menu includes two slushies and three “poptails,” which are drinks garnished with a classic popsicle from Pete’s Pops. Currently, the rotating menu includes items like a creamy coffee bourbon and a peach Bellini, which they make by dunking a peach popsicle in champagne and topping it with raspberries.

The Milwaukee-based popsicle company is known for its creative flavors. It has more 70 rotating through the menus at its three locations. These inventive offerings include Arnold Palmer, coffee & donuts, pear goat cheese and cantaloupe lemongrass.

“I wouldn’t be surprised if by late summer or early fall we tweak the menu a little bit,” said founder Pete Cooney in an interview. “Just because that’s the fun part.”

The popsicles are made from fresh fruits and vegetables. Flavors featured on the small, rotating menus are sometimes dictated by what produce is in-season, such as an early summer peach flavor and a late summer sweet corn pop. Most are made with a base of cream, milk, sugar and egg, but 10% are made with a coconut milk base to provide vegan options.

Get a daily rundown of the top stories on Urban Milwaukee
Cooney originally got into the popsicle-making business after trying an avocado popsicle at a farmers’ market. He was determined to recreate the flavor, and eventually turned it into a side hustle. By 2014 he was working on Pete’s Pops at night and on weekends while working as an accountant for The Bartolotta Restaurants during the day.

Then the business won the Rev-Up MKE small business competition in 2016 and opened its first brick-and-mortar location in Washington Park (3809 W. Vliet St.) in 2018. Since then, it’s been all popsicles all the time.

When the pandemic slowed a lot of the business, Cooney took the opportunity to open a dog-friendly Bay View location (916 E. Russell Ave.) followed by a location in West Allis (1977 S. 71st St.) soon after. The brand also sells popsicles in a multitude of carts around Milwaukee and St. Louis, and now, outside the Milwaukee Public Market.

Though Sneaky Pete’s adult menu is only currently featured at the public market location, Cooney thinks there could be room for growth into venues like American Family Field or Fiserv Forum.

“This concept can really work in a lot of places,” Cooney said.

Summer is peak popsicle season. So once things cool down, Cooney said, the company will tackle larger projects like expanding Pete’s Pops to other locations and working on nationwide shipping and distribution.

Sneaky Pete’s joins Sugar Cube Donuts and The Draft Patio in operating outside of the market. It is open Thursday through Sunday from noon until 8 p.m. (6 p.m. on Sundays). 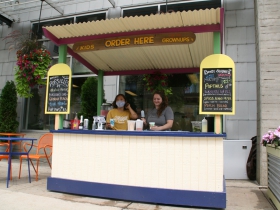 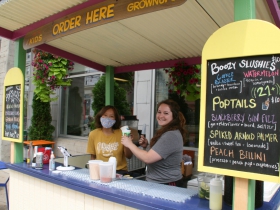 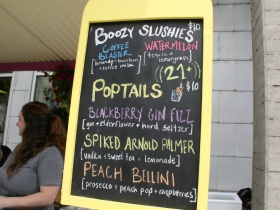 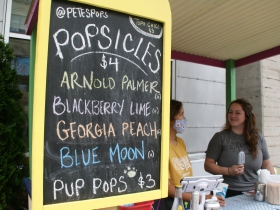