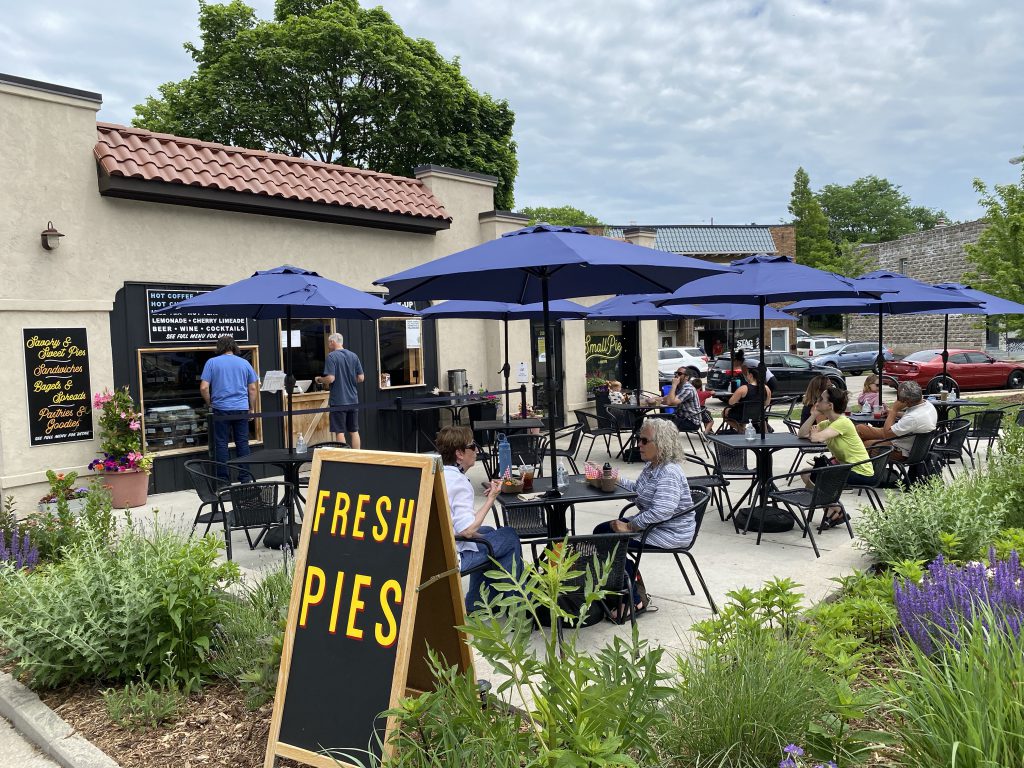 If you are looking for a neighborhood café with patio dining, look no further than SmallPie on East Oklahoma in Bay View. When friends and I came for a leisurely lunch and some Door County Cherry Limeade, we watched a steady stream of neighbors come and go, on foot, on bikes, in cars, and even a couple who arrived on scooters. This carryout and delivery-only place has an inviting patio facing Oklahoma, where umbrella-shaded tables encourage lingering.

SmallPie is the offspring of Honeypie and Palomino, all part of PIE Inc., known for pies, traditional and non, like the Banana Black Bottom Pie I took home for later. Underneath a blanket of unsweetened whipped cream, there was custard filling, sliced bananas, and on the bottom, a layer of chocolate pudding, enough, but not too much of everything.

This pie and the other two that called to me, Cherry and Butterscotch, came from the Honeypie bakeshop. What made the pies exceptional were their flaky buttery crusts and the combination of decadent as in the rich butterscotch pie with its thick topping of unsweetened whipped cream, and the restraint the baker used to make the cherry pie. It was not overly sweet, an ideal platform for the addition of ice cream, preferably vanilla.

The savory Hand Pies are not to be missed. Unlike traditional spanakopita, layers of filo dough, spinach, and feta, this Spanakopita Pie was overstuffed with fresh spinach seasoned with lemon, a pie that was both nutritious and tasty.

Another Hand Pie, the Cheeseburger, was sautéed ground chuck combined with ketchup, mustard, and a secret spice that gave it a breath of sweet. It tasted like a deconstructed cheeseburger. The Chicken Pot Pie was a basic pot pie, chunks of white meat in a thick gravy-like filling with carrots, peas, and corn. The crust for every pie that friends and I sampled, had a crisp, flaky, fresh-from-the-oven taste, exactly what you expect from a restaurant that calls itself SmallPie.

I have a caveat. The environmentally correct wooden utensils were useless when it came to cutting into the savory pies. After sawing at the crusts with our knives to no avail, we gave up, and instead, pulled them apart with our fingers and ate the pies with our hands. We decided to go with whatever works and ask for extra napkins, messy but effective.

Also on the menu, a Daily Quiche. The cheesy Veggie Quiche was baked to perfection, with peppers, onions, and mushrooms, still crisp, making a delicious light lunch. The accompanying Kale Salad — carrots, craisins, pepitas, and mainly kale — was lightly dressed with balsamic vinaigrette.

The Cheese + Apple Melt, a sandwich, did not live up to its menu description. Melted cheddar, apple slices, fresh spinach, and ranch dressing, sounded like a slam dunk, but unfortunately, the “toasted” baguette tasted microwaved. When I asked an employee about the process, she told me they use an oven that’s a combination of a microwave and a convection oven. When I come back, she said, ask to have the baguette “toasted” and that should solve the problem.

SmallPie opens at 8 a.m. daily and that means breakfast. You can get a Sunrise Melt with scrambled eggs, bacon and cheese, on a baguette smeared with spicy mayo, or a Gas Station Breakfast Sammy with a sausage patty, cheddar cheese, and apricot jam, also served on a baguette. You could go healthy and order a Granola Yogurt Parfait, or try a Homemade Bagel with a spread, beer cheese, herbed cream cheese, or plain cream cheese, with apricot jam.

If you want something other than pie or a Sammy, order an Ice Cream float made with Root Beer, Cream Soda, or Door County Cherry Limeade. For a kick, add booze, vodka, gin, tequila, or rum.

Going to SmallPie is like going to a candy store for grownups. You stand outside and gaze at shelves covered with beautiful pies. You have to choose and that’s not easy. One thing I know for sure. The Butterscotch Pie is infinitely better than the butterscotch pie I made in Home Economics in 7th grade. 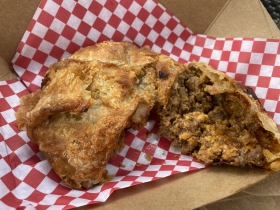 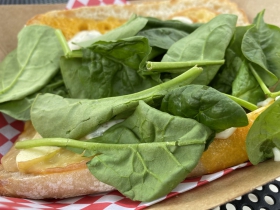 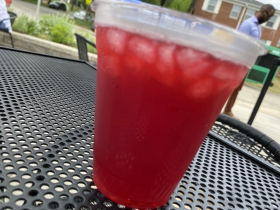 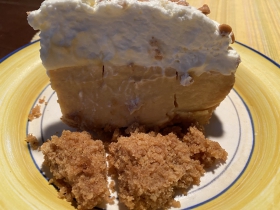 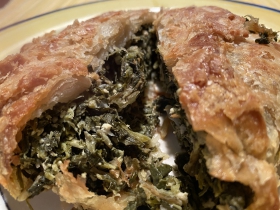 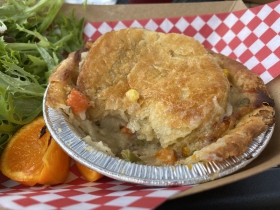 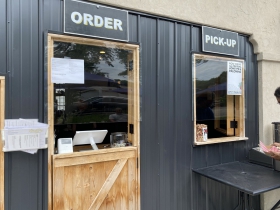 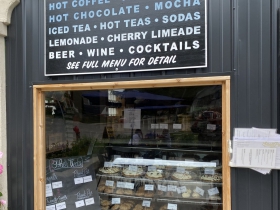 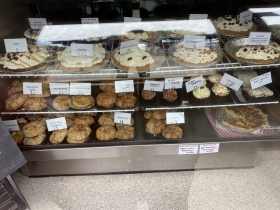