New Mural Transforms You Into a Peacock

Downtown artwork aims to win social media attention -- and put a smile on your face. 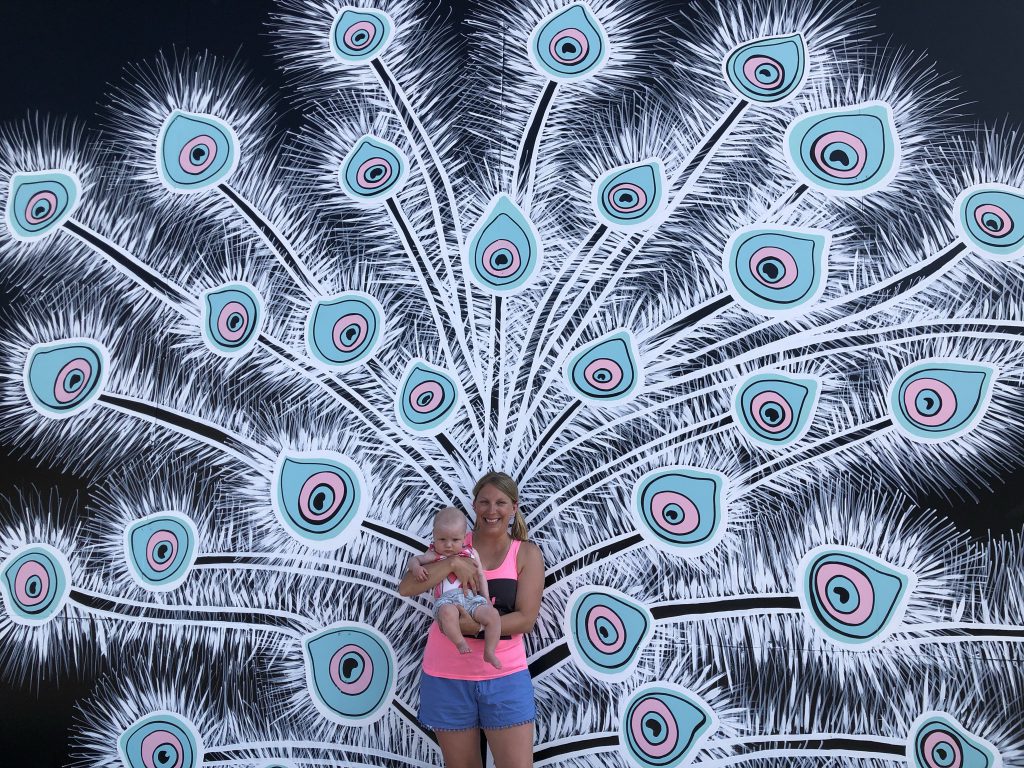 A new downtown mural will give you colorful feathers. It also aims to make you proud of Milwaukee.

Standing with your back to it, as the piece is intended, gives the subject a 15-foot-tall, colorful peacock tail. A black background is covered by white, blue and pink colored feathers that fan out from a central point.

It’s the latest piece from Colorado-based artist Kelsey Montague. The painter has seen her series of murals, dubbed “What Lifts You,” become social media sensations wherever they’re deployed.

The Milwaukee mural, “Building More Pride,” is located on the north side of UW-Milwaukee Panther Arena, 400 W. Kilbourn Ave. Montague was commissioned to paint it by the Wisconsin Center District and Milwaukee Downtown – Business Improvement District #21.

Montague, who often paints the wings of birds, chose a peacock for her Milwaukee mural because it symbolizes self-expression, integrity and pride.

“I hope my work can bring a smile to someone’s face,” Montague told Urban Milwaukee on Monday. “I always want my work to be a gift for someone. I want someone to feel like this is for them because it is.”

She completed the piece over two days this weekend on her first visit to the state. “I was really lucky here because we were in the shade,” she said. “I was really able to get into my zone.”

Get a daily rundown of the top stories on Urban Milwaukee
The north side of Panther Arena, located near the intersection of N. Vel R. Phillips Ave. and W. State St., was shrouded in darkness for decades by the Bradley Center. But the building’s 2019 demolition and the 2020 conversion of State Street to two-way traffic has brought increased visibility to the otherwise blank brick facade. Thousands of people will stroll by it in the coming weeks as they visit Deer District to watch the Milwaukee Bucks in the NBA Finals.

The new mural is just the latest piece in a broad campaign, Jumpst(ART), from Milwaukee Downtown aimed at inspiring a post-pandemic revival. Other pieces include the rainbow colored “Massimals MKE” sculpture installed at the start of Pride Month, an art-covered food truck from Meat on the Street and a new mural, the largest in Downtown, painted on the south side of the Schlitz Powerhouse building. 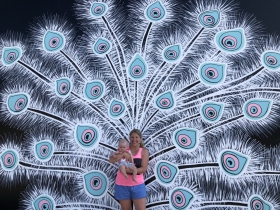 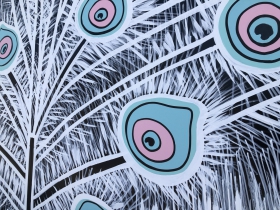 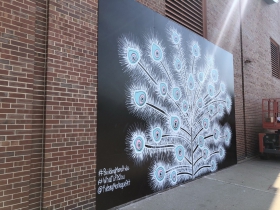