The new mural is the largest Downtown. 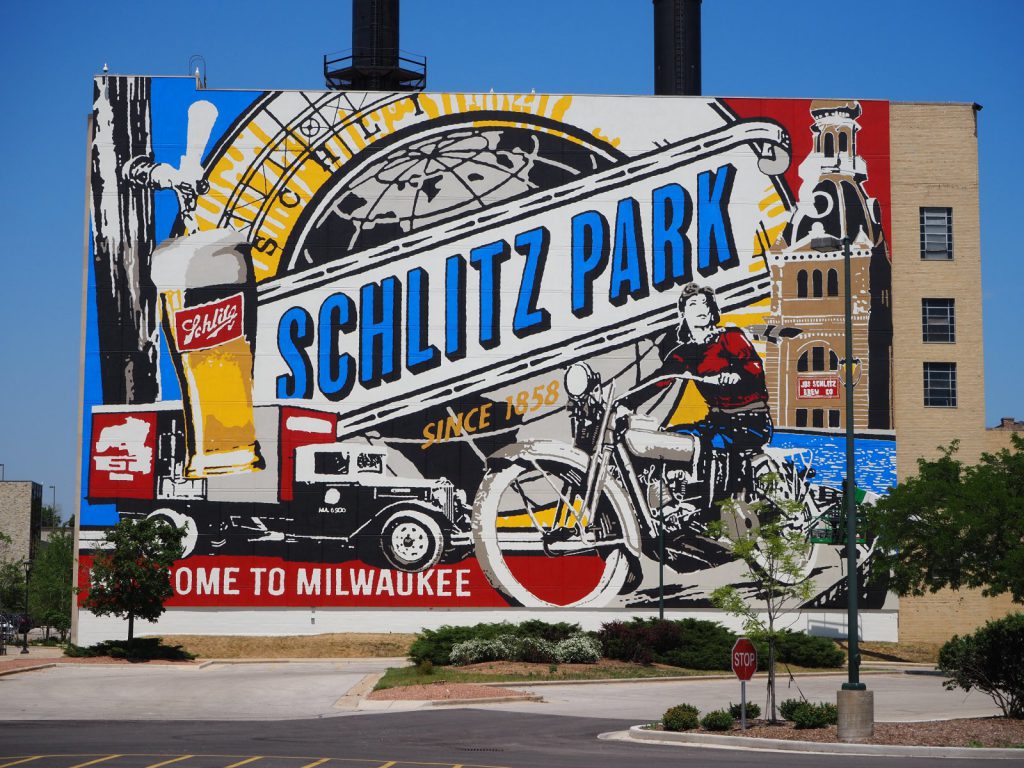 Mural on the Schlitz Powerhouse. Photo by Angeline Terry.

This 9,600-square-foot mural covers the south-facing wall of the former Schlitz Powerhouse  at 1542 N. 2nd St. The brewery was shut down after Stroh Brewing Company of Detroit, Michigan acquired Joseph Schlitz Brewing Company in 1982. The site was eventually redeveloped as part of the Schlitz Park Office Complex, which was purchased by Crestlight Capital and TGP Real Estate for approximately $110 million in 2019.

The owners issued a request for proposals at the end of summer 2020 looking for an artist to do a mural on the 80-foot by 120-foot, south-facing facade of the powerhouse. They partnered with the Milwaukee Downtown business improvement district to offer $50,000 for the commission.

Gossel began putting the mural up at the end of May, and his progress was continuously livestreamed online. Now complete, the massive mural is visible from N. Water Street, across the Milwaukee River.

The mural proclaims the destination “Schlitz Park” and is surrounded by images that nod to the history of Milwaukee and the brewery. There’s also a woman riding an older-model motorcycle, suggesting the city’s longtime association with Harley-Davidson.

“As my largest mural, I can’t imagine a better wall for this one-of-a-kind project,” Gossel said in an April statement. “My goal is to create a visually exciting mural that celebrates Schlitz Park and the city of Milwaukee- past, present and future.” 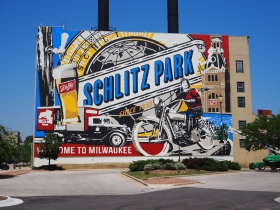 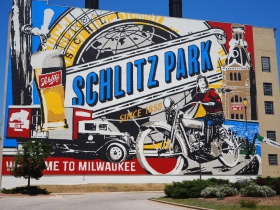 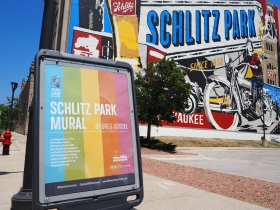 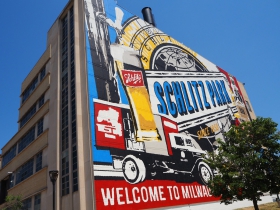 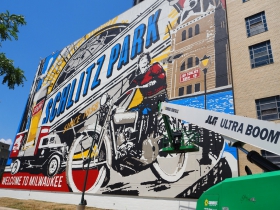 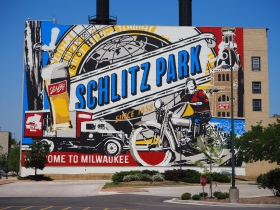