Our Fourth Of July Crisis

Voting rights imperiled and a push to mandate singing the national anthem.

By Ruth Conniff, Wisconsin Examiner - Jul 3rd, 2021 01:11 pm
Get a daily rundown of the top stories on Urban Milwaukee 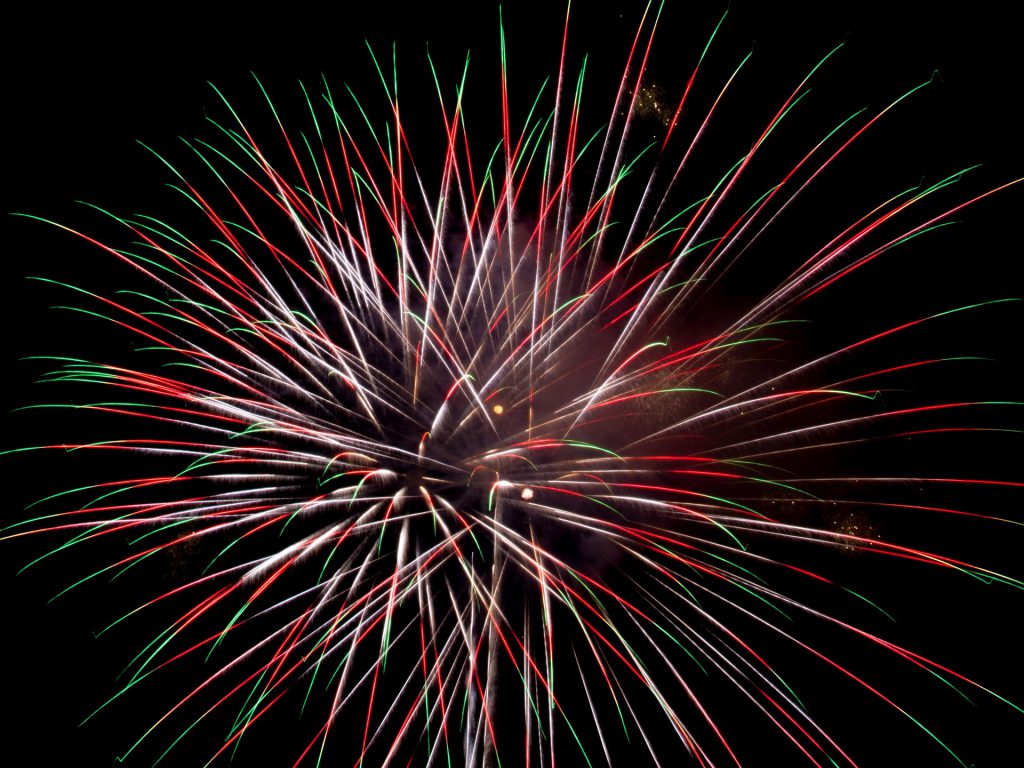 Americans have two new things to celebrate on the 4th of July this year — pandemic restrictions have lifted, and Donald Trump is no longer president of the United States.

To underscore both of these happy facts, the Democratic National Committee hired a plane to fly over Lake Michigan on Friday afternoon, visible to Milwaukeans as they started the holiday weekend, trailing a banner that read: “America is Back Together Thanks to Biden & Dems.”

In case anyone misses the point, the DNC is also running a TV ad filled with fireworks and shots of the Statue of Liberty, with a voice-over intoning “This year, there’s more to celebrate — the freedom to hug a grandchild, to see a baseball game in person, to come back together again.”

The ad ends with the tagline: “America: We’re Coming Back.”

Good for President Joe Biden and the Democrats for blowing their own horn. Biden has learned from the mistakes of the Obama/Biden administration that he needs to take credit for popular policies and good news — before his political opponents get out ahead of him.

But on a deeper level, the long-running battle over who gets to claim the symbols of American democracy and freedom is more serious, more bitter and the stakes are higher than ever this year.

Republicans are, as usual, wrapping themselves in the flag. In Wisconsin, the Legislature is pushing a ridiculous bill to make the national anthem mandatory at public parks for all sporting events, no matter how small. As Henry Redman reports, Sen. Mary Felzkowski (R-Irma) said in a hearing on the bill: “We have deferred for too long in this state to a vocal minority, who are anti-American.” The bill, Felzkowski says, protects her right to “show my pride in this country and the democracy that it is and the world beacon that it is.”

It’s not clear how Felzkowski’s rights are currently being trampled by the non-national-anthem-singing peewee soccer players in Wisconsin’s public parks. But anyway, it doesn’t much matter to anyone, even to the bill’s sponsors, apparently, since there are no penalties in the legislation for people who fail to sing.

Never mind their patriotic posturing, Republicans in Wisconsin and nationally are pursuing an aggressive campaign to undermine American democracy. All that noise about love of country rings pretty hollow when you look at their efforts to take away citizens’ fundamental right to vote. These efforts amount to a crisis, made worse by Thursday’s 6-3 ruling by the U.S. Supreme Court upholding Arizona’s new laws curtailing voting rights. The ruling gives states new latitude to impose restrictions on voting — including a raft of bills passed in Wisconsin that Gov. Tony Evers has promised to veto, but which will likely resurface as part of the GOP’s nationwide voter-suppression campaign.

Jeffrey Mandell of Law Forward calls the Supreme Court’s decision in the Arizona case “yet another blow to the Voting Rights Act, one of the great legislative pillars of American democracy. The impact of this decision will be felt not only in Arizona, where this case originated, but across the country and here in Wisconsin.”

Like their de facto leader, ex-president Trump, Republicans have become bold about their desire to throw out the ballots of voters whose choices they don’t like.

Our own Assembly Speaker Robin Vos was quoted in a New York Times column by Ezra Klein this week, as an example of the Republicans’ increasingly explicit anti-democratic bent. Klein quoted Vos from after the 2018 election: “If you took Madison and Milwaukee out of the state election formula, we would have a clear majority.”

As crazy as it seems, through gerrymandering, anti-voting lawsuits, and their so-far unsuccessful effort to change election laws, Wisconsin Republicans do seem to be trying to wipe the biggest population centers in our state off the map.

Their not-so-subtle message that their white, rural constituents are the “real” Americans, and that other Americans ought not to count, helps them justify their voter-suppression efforts, so they can try to keep winning elections without majority support.

They continue to promote the Big Lie that the 2020 presidential election was stolen and to push further “investigations” like the one Vos has launched, under the leadership of ethically challenged former state Supreme Court Justice Michael Gableman.

As Rep. Gordon Hintz (D-Oshkosh) put it, “The fact that Robin Vos is spending $11,000 per month to hire a Trump acolyte who is one of the most corrupt Wisconsin Supreme Court justices in history tells you all you need to know about this so-called ‘investigation.’”

In the service of the Big Lie our Republican delegation in Washington also voted to squash an investigation of the Jan. 6 Capitol insurrection. Worse, they still fail to condemn the white supremacist mob that broke into the Capitol, killing and injuring Capitol police officers, and seeking to do as much harm as they could.

It’s hard to call yourself a patriot while whitewashing an attack on the very heart of our democracy, and protecting the violent insurrectionists who broke in carrying the Confederate flag of treason.

Democrats need to do more than take credit for vaccinations and 4th of July picnics. They need to push back against the white supremacy masquerading as patriotism that provides most of the energy driving the Republican party these days.

Those “Make America Great Again” banners that still wave over the corn fields of rural Wisconsin are sending a toxic message, and we need to stamp it out.

America was not “great” when it embraced slavery and the violent racist caste system that followed. Our country should not return to the “good old days” of white domination.

It’s no accident that, besides mandating the singing of the national anthem,  Republicans in our state Capitol have joined the nationwide partisan effort to stop the accurate teaching of American history — i.e., “critical race theory,” which simply acknowledges the harmful legacy of slavery — because it might hurt white people’s feelings.

The Republicans’ ugly, divisive politics actually hurts their own constituents in a more direct way than any lesson plan on white privilege ever could.

Wisconsin’s gerrymandered Republican majority in the Legislature just passed a stingy, mean-spirited budget that forgoes the opportunity to adequately fund our schools, repair our infrastructure, expand access to health care and make investments in our future, despite an unprecedented $5 billion state revenue surplus.

Instead of broadening access to prosperity, hope and opportunity, they are imposing austerity — taking particular pains to stick it to Milwaukee and Madison, those diverse, liberal cities Vos would like to wipe off the map — so they can try to take away a political win from a Democratic governor who has tried to do right by all the citizens of the state.

They are setting up more scarcity, competition and suffering, because their entire political vision is based on divisiveness and resentment.

Unfortunately, in this political cage fight, Democrats are on the ropes. Evers is likely to sign the GOP’s austerity budget despite the state’s historic surplus, because they’ve given him little choice. In one sad indicator of the current state of “bipartisan compromise,” Evers just signed a bill that gives away executive power over money coming to the state through the opioid settlement — a bill he himself said was “unconstitutional” — just so the Legislature wouldn’t cause Wisconsin to lose all the money.

While the Republicans are fighting as hard as they can to hold onto power, the rest of us are going to have to match their energy if we are going to claw back civil society and a government that is responsive to all of us.

As Mandell put it after the Arizona decision, “Those of us who value democracy and an equal opportunity to make our voices heard must redouble our efforts to renew the Voting Rights Act through Congress, and expedite other legislation that removes barriers and roadblocks to voting. Our democracy depends on it.”

This 4th of July, in addition to celebrating our freedom from the pandemic and Donald Trump, let’s celebrate what’s left of our democracy, and resolve to fight like hell to preserve it.

Ruth Conniff is Editor-in-chief of the Wisconsin Examiner.

Our 4th of July crisis was originally published by the Wisconsin Examiner.

4 thoughts on “Op Ed: Our Fourth Of July Crisis”