Republican proposed tax cut is huge, historic. But benefits skew toward the wealthy. 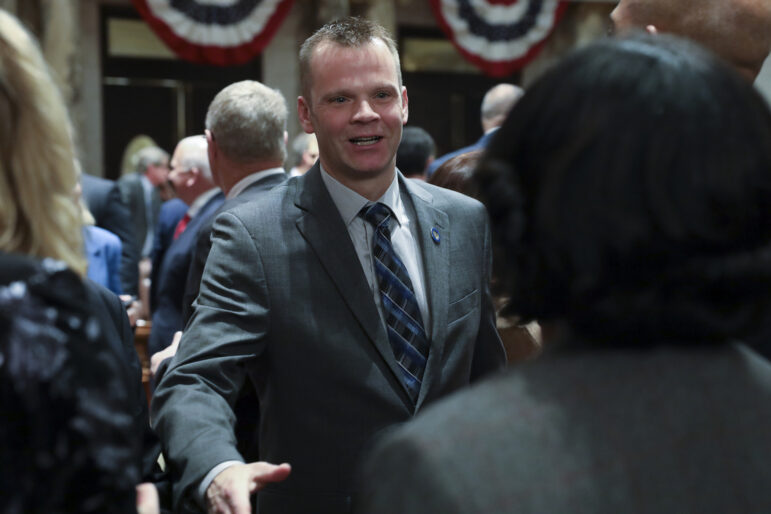 Republican legislators have put Democratic Gov. Tony Evers and Democratic lawmakers up for re-election next year in a position where voters may ask them, “Why did you veto, or vote against, a $3.4-billion tax cut?”

Republican leaders added what could be a popular tax cut to the Joint Finance Committee (JFC) version of 2021-23 state budget, although it may be tweaked as the Assembly and Senate debate it this week. Republicans control both houses of the Legislature.

For their part, Democratic legislators must decide how to defend their “no” votes on a budget with that big of a tax cut.

And, once the Republican spending plan is on his desk, Evers will have to consider whether to veto it entirely or rework it with vetoes — decisions with major implications for the governor’s re-election campaign next year.

The Republicans’ tax cut checks lots of political boxes in the final stages of the Legislature’s budget process. It also spends $3.7 billion less than the $91-billion budget Evers recommended in February, according to the nonpartisan Legislative Fiscal Bureau (LFB). Republicans say the tax cut is justified because state government is projected to collect $4.4 billion more in taxes by mid-2003 than expected — a one-time windfall.

-Income tax cuts for middle-class and highest-earning taxpayers: Most Wisconsin taxpayers are in the tax bracket that Republicans want to cut by 15% – from 6.27% to 5.3%, effective this year. LFB reports that the cut would save taxpayers $2.6 billion over the next two years, or an average of $598 per taxpayer.

The JFC budget also includes $9.8 million in new tax credits for children and dependents, which would be tied to a new federal tax break.

-Property tax cut on homes: The Republicans’ budget continues spending caps on schools and local governments but includes $647 million in new state aid to cut property taxes statewide. A Fiscal Bureau report Friday said the JFC budget would cut the property tax bill on the median-valued Wisconsin home by $101, or 3%. The Fiscal Bureau memo said that home, which is now assessed at $205,600, had an after-credits property tax bill of $3,315 last December.

Estimates of tax bills for average-valued homes are deceiving, however, because so many referendums have been passed by local school districts.

“This tax cut package is a complete game-changer… Not only does this move us closer towards a flat tax but it represents a $1,200 savings to the typical family and $300 in property tax relief to the typical home,” said Senate Majority Leader Devin LeMahieu.

“It’s your money and we will be passing a budget that sends much of it back to the people and businesses,” added Assembly Speaker Robin Vos. “We were able to reach the goal of two-thirds funding for our K-12 schools.”

Democrats don’t sound boxed in, however. Democratic Sen. LaTonya Johnson of Milwaukee offered this take: Republicans are wasting “the biggest opportunity that we have … to invest in our state, in our kids, and in their precious futures.”