How Does Police Reform Compare To Other Cities? 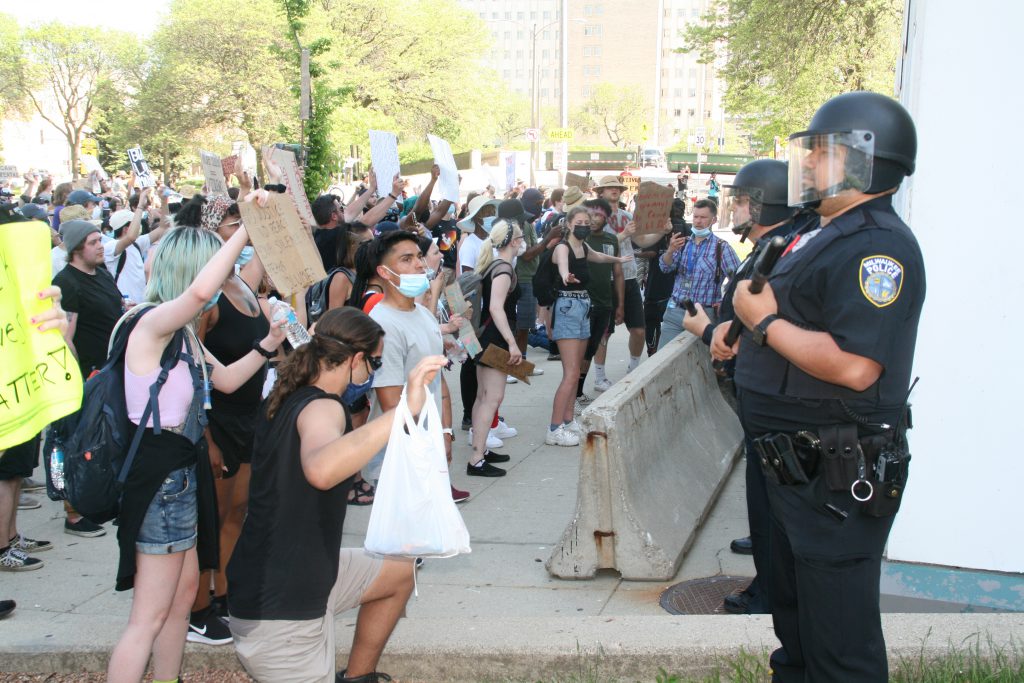 The killing of George Floyd by a Minneapolis police officer triggered a nationwide call for police reform. A year later, how does Milwaukee stack up against its peer cities in instituting reforms?

“Our purpose is to synthesize and explain police reform proposals in a way that will enhance understanding among policymakers and the public,” write report authors Rob Henken, Joe Peterangelo, Betsy Mueller and Ari Brown. What they produced is a policy wonk’s dream. The report includes page after page detailing the status of various reform proposals and examining where the city stands on implementing changes versus Baltimore, Kansas City, Memphis, Minneapolis and Tucson.

But if what you’re looking for is not an analysis of whistleblower protection policies in various cities, but instead suggestions for improvement in Milwaukee, WPF has four clear ideas.

The report calls for increased investment in the city’s Office of Violence Prevention. While warning that much of the office’s $3.7 million budget comes from grants, the authors suggest finding ways to use some of the city’s $394 million in American Rescue Plan Act funds to expand the office. They also suggest finding ways to measure and evaluate the success of violence prevention efforts to guide future investment.

Get a daily rundown of the top stories on Urban Milwaukee
The second suggestion is for expanded and better-coordinated crisis response. While acknowledging the progress made with expanded investment in the Crisis Assessment Response Teams (CART) program that pairs Milwaukee Police Department officers and Milwaukee County Sheriff‘s deputies with mental health professionals, the report calls for better coordination between the city and county. “While there is substantial momentum behind efforts to improve crisis response in Milwaukee and disassociate law enforcement (where appropriate) from crisis incidents, the city and county still operate in a fragmented manner at times,” says the report. Two examples are given: city and county officials working independently to expand the CART program and the Common Council effort to create an unarmed first responder program.

The authors also call for better reporting to the public. This suggestion targets not only the Milwaukee Police Department, but the Fire & Police Commission that oversees department policies and hiring. They specifically call for more information to be collected and released on no-knock entries, responses to individuals in mental health crisis and citizen survey data.

The final suggested area for improvement is the continued evaluation, reimagining and strengthening of protocols. “Two areas we identified that might benefit from further scrutiny are whistleblower protection and critical incident review; MPD’s policies and protocols fall short of those in peer cities like Baltimore on the former while the department’s review of critical incidents currently does not involve citizen participation,” write the authors.

“Overall, Milwaukee’s efforts to appropriately respond to the growing national calls for police reform show a willingness to collaborate thus far among law enforcement leaders, elected officials, and community stakeholders,” conclude the authors. “While there certainly is a need for further analysis and careful reflection on police protocols, policies, and practices, these early efforts optimally will set the stage for thoughtful and inclusive policymaking going forward.”

The report comes with an important caveat: it examines only policies, not actual MPD practices. Citing the example of a recent progress report from the city’s third-party monitor on its settlement with the American Civil Liberties Union regarding stop-and-frisk practices, the report’s authors note that the execution of policies is not the same as the adoption of them. It also doesn’t examine how other criminal justice system entities, including the district attorney and judges, are influencing policy and conduct.

The report was requested by Mayor Tom Barrett and paid for via a grant from Bader Philanthropies.

A full copy of the report is available on Urban Milwaukee.