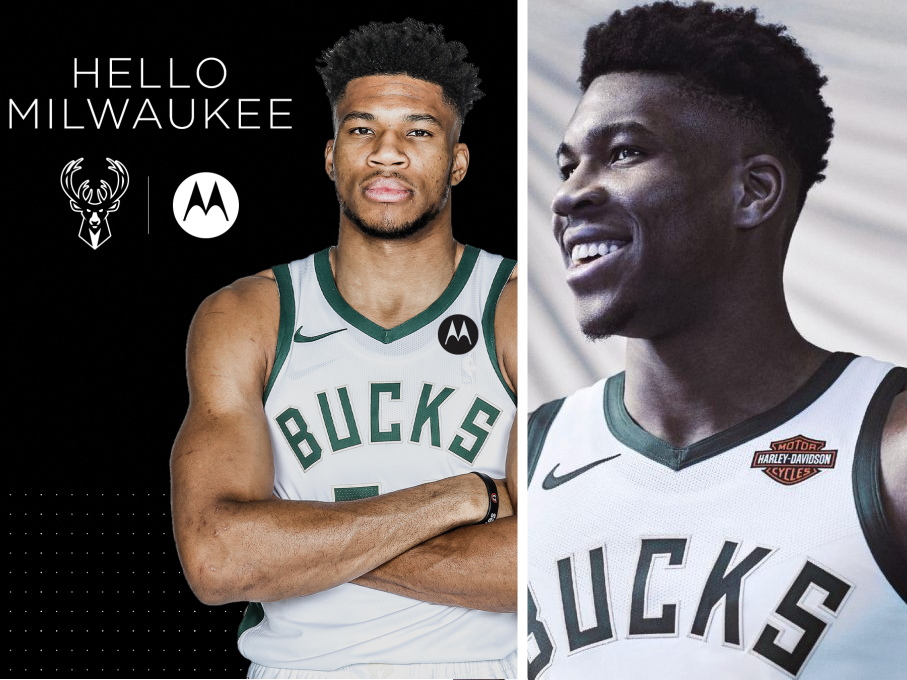 The jerseys worn by Milwaukee Bucks players will look a little different when the team takes the court for the start of the NBA playoffs Saturday.

The NBA allows one advertising patch per jersey, in addition to the team’s logo and uniform manufacturer Nike, and the Bucks have played the entire 2020-2021 season without a sponsor. The team’s original agreement with Harley-Davidson, unveiled in 2017, expired at the end of the 2020 season.

The new deal, according to one marketing executive, was expected to fetch the team more than $10 million per year after two-time MVP award winner Giannis Antetokounmpo announced he had signed a five-year extension with the team just before the current season began.

Bucks chief business development and strategy officer Matt Pazaras told CNBC in December that the team was having “serious conversations” with five companies regarding the patch. That came just after Antetokounmpo signed his extension.

The Golden State Warriors, based in San Francisco and one of the league’s best teams in the past decade, have a deal worth $20 million per year with Japanese technology company Rakuten. The tech company is best known for its Ebates (now Rakuten Rewards) cashback shopping site.

Get a daily rundown of the top stories on Urban Milwaukee
The Bucks won’t see all of the undisclosed proceeds from the agreement. Revenue from the jersey patch is split evenly between the team and a revenue-sharing pool with the league that is redistributed to participating teams. Approximately 50 percent of basketball-related revenue goes to pay players under the collective bargaining agreement.

Motorola Mobility, a subsidiary of Chinese tech company Lenovo since 2015, coming after a series of corporate reorganizations, is headquartered in Chicago.

“Motorola and the Milwaukee Bucks share rich histories of tradition, innovation and a passion for putting consumers first,” said Rudi Kalil, company vice president and North America general manager, in a statement. “The team’s energy, enthusiasm and dedication to their craft is infectious. We’re proud to officially welcome the Bucks into the Motorola family and are thrilled to connect with their fans and NBA sports fanatics worldwide.”

The jersey patch will also appear on the Bucks’ practice jerseys, unlike the Harley-Davidson deal. The Motorola brand will also be included on in-arena replays and digital displays. The Bucks will partner with Motorola through the NBA’s International Team Marketing Program.

In a press release announcing the deal, the team said that a Motorola-backed community initiative with a focus on science, technology, engineering and math (STEM) education and advancement was forthcoming.

It’s possible the Bucks could encounter a team with a similar patch in the second round of the playoffs. The Brooklyn Nets are also in the first year of a multi-year agreement to wear Motorola. The patch blends a bit more seamlessly into the team’s black and white color scheme. Motorola also has its logo on the jerseys of the Indiana Pacers.